In need for Chinese expert to search Chinese Sinhala Commentary

Can someone please confirm the translation of the word Visuddhimagga in this text is correctly translated?

Here is the book information 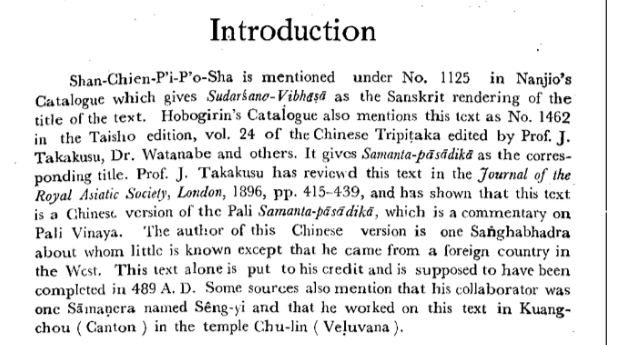 And here Visuddhimagga is mentioned and one more place but in same sentence. 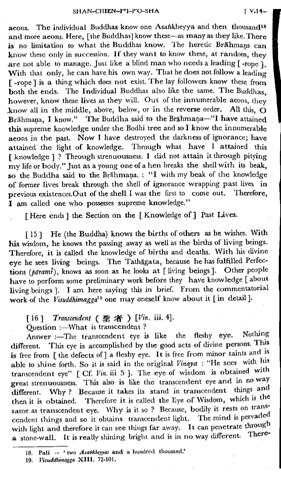 Books in English was shared by Ajahn Sujato here

In private message to Ajahn Sujato I shared that it was mentioned. He was interested to know. If it’s correctly translated. We need to see the word in Chinese.

The term in the Chinese that they translate as “the commentarial work of the Visuddhimagga” is 淨道毘婆沙, which is a combination of translation and transliteration. It literally means “Pure Path Vibhasa” and may well be a title of a commentary on the pure path. Whether or not it’s the Visuddhimagga of Buddhaghosa would depend on verification through any quotes it might contain.

Wow. You did it so fast? That’s interesting @sujato

There is no quotes , but the author of the English seems to think the vinaya commentary author is referring to work of Buddhaghosa. He even gives footnotes as noticed in screenshot

I think there must be a lot assumed words in English from English translator side. @cdpatton

I have found this other part which made me see this as Sarvāstivāda sub branch on Sri Lanka. 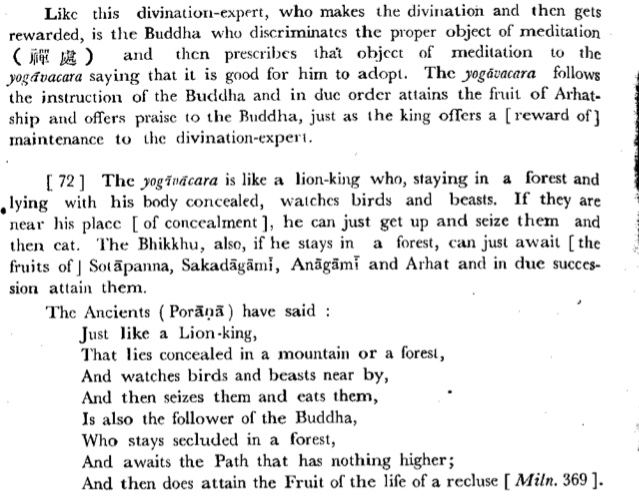 But I also think the Visuddhimagga could have been another version. Not the extant. As what I have noticed. The sources in this commentary seems older.

Wow. You did it so fast?

Having CBETA’s search app on a local computer makes it so much easier to research passages (as long as I can figure out the right term to search for).

There is no quotes , but the author of the English seems to think the vinaya commentary author is referring to work of Buddhaghosa. He even gives footnotes as noticed in screenshot

It may well be that the author is referring to the Visuddhimagga. Buddhaghosa was in India, wasn’t he? I’m just suspending judgement because I don’t know much about either text. In 1896, Buddhist scholars were only aware of Pali, late Sanskrit, Tibetan, and Chinese texts. They hadn’t yet discovered the remnants of Gandhari and other Central Asian texts and realized there’s a lost body of literature that had been translated to Chinese.

oh That’s why. I understand.

What are the chances of Chinese not using Purification Path

Do they do such things?

Do they do such things?

Do you mean follow teachings similar to Buddhaghosa? His framework wasn’t that different from others the Chinese received or developed on their own. The main difference is that their primary texts are Mahayana, so the focus is on bodhisattva practice, emptiness, and related topics in those texts when it comes to philosophy.

No I’m sorry. I was not clear. I mean the not using a word like Purification. They used Pure.

I mean the not using a word like Purification. They used Pure.

Well, that’s actually you and I using English words for 淨, which can be either. It can be a noun, an adjective, an adverb, or a verb (pure, purify, purity, purification, etc). It’s possible to read 淨道 as “path of purification” or “pure path.” Without context, it’s up to the reader to decide.

I have a idea what might have happened. This text is from Abhayagiri monastery. Buddhaghosa visited them also. Curious if they had their own Path of Purification made by Buddhaghosa. We can’t know now.

There is something interesting. Dhammaruwan(the rebirth boy) said he remember coming to Sri Lanka with Buddhaghosa from Nālandā.

I would assume then it’s the time that scholars was there but there was no official school yet.

In that case I think Buddhaghosa visited Abhayagiri monastery because maybe because they was more open like the tradition of Nālandā.

But nothing in this commentary suggests they had Mahayana elements.