Is ‘evolution’ in line with buddha’s teaching? I’ve heard that a lot of buddhists have not much of a problem with ‘evolution’, May be it’s in line with the ‘paticca samuppada’, but can you really agree with this ‘monkey getting down the tree and standing up’ idea, cuz buddha had to take ‘sara sankya kalpa laksha’ to fullfill his ‘paramitas’? But in the ‘jathakas’ there still are human beings, So can you really agree with this idea?

dependent origination in my opinion isn’t applicable here as it describes the existence of specimen that’s already there whatever they are, not the genesis of the species

Buddha’s teaching is about ending suffering, while no theory about emergence of species is in any way meant to help or actually helps to end the suffering, if anything they rather promote it

Namo Buddhaya! Please see the link below. This might be of some help to what you’re looking for

English translation of DN 24, “Mystic Wonders and the Origin of Things”

Thus have I heard. The Exalted One was once staying among the Mallas, at Anupiya, one of their towns.   Now the Exalted One, having robed himself in the early morning, put on his cloak and took his bowl, and entered the town for alms.   And he...

Jolly vassa to you

May all beings be free

with añjali and mettā,
russ

’ Paticca Samuppada ’ has nothing to do with evolution. Because it is not merely causality law. But based on it.
’ Monkey getting down tree and standing up ’ ?
It is just a " joke " used by anti- evolutionists .
We are evolved from common ancestor .Not from modern monkey.
Sara sanka kalpa …: We can agree with this. I think this does not refer to one evolutionary period ( Buddhism ) ( Not in science ) ( Buddhism teaches about destruction and re- creating )

You may see last pages of this book ;
Rebirth Explained 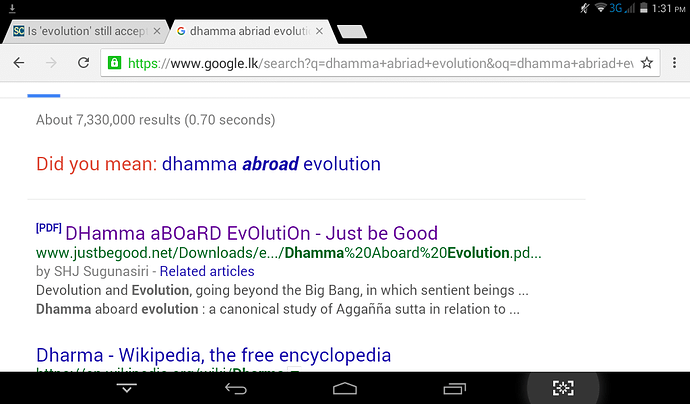 Objections to evolution have been raised since evolutionary ideas came to prominence in the 19th century. When Charles Darwin published his 1859 book On the Origin of Species, his theory of evolution (the idea that species arose through descent with modification from a single common ancestor in a process driven by natural selection) initially met opposition from scientists with different theories, but eventually came to receive overwhelming acceptance in the scientific community. The observation ...

Evolution as fact and theory

Many scientists and philosophers of science have described evolution as fact and theory, a phrase which was used as the title of an article by paleontologist Stephen Jay Gould in 1981. He describes fact in science as meaning data, not absolute certainty but "confirmed to such a degree that it would be perverse to withhold provisional assent". A scientific theory is a well-substantiated explanation of such facts. The facts of evolution come from observational evidence of current processes, from im...

Favoring the Jatakas over this scientific information is untenable, amounting to a version of Biblical Literalism. Besides e.g. evolution, one would have to claim that (ca.) Iron Age India lasted for millennia, given that this is the context of the Jatakas.

“Among competing hypotheses, the one with the fewest assumptions should be selected.” - William of Occam

If you read the Aggañña Sutta, that tells about the history of human origins, although the story is not identical with the Theory of Evolution, but I believe the essence is the same, which is about slowly change which takes a very long period. Moreover, an expert in reincarnation and psychiatry, Professor Ian Stevenson, who worked for the University of Virginia School of Medicine for fifty years, as chairman of the department of psychiatry, once said that reincarnation ( and of course karma ) is utterly not contradictec or even nullify evolution, instead they are in harmony with each other. Professor Ian Stevenson said that there are two stream of evolution, the biological one and the personal one, the biological one is the evolution we know through Darwinism theory, whereas the personal one is the one we know in the theory of karma and rebirth…

But in the ‘jathakas’ there still are human beings, So can you really agree with this idea?

Can you elaborate on how you think humans’ presence in these texts suggest an alternative to modern biology?

Good guṇḍavyūha this thread is old.

Should I delete this?

But in the ‘Jathakas’ there still are human beings, Indeed…, it could be that the stories in Jataka are only symbolic, which essentially justifies the possibility of reincarnation from animals to humans or vice versa, but in a planet where there is no life form at all, it is noteworthy, what kind of life forms will first appear on that planet, certainly not a higher life form like humans, it’s more reasonable that animals will appear first… 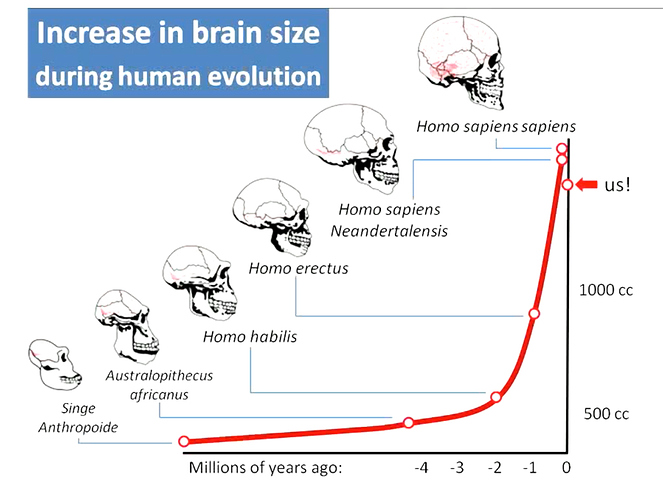 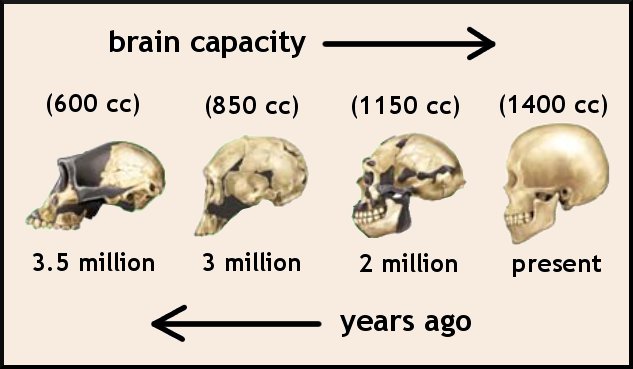 Evolution%20%20Of%20%20The%20%20Buddha1660×1327 544 KB
These images are representing the process of ‘Evolution’ ( at least from my own point of view ), since the Theory of Evolution has been regarded as one of the major themes in modern science, in which, has also been reinforced by the discovery of its archaeological evidences, therefore, I’m trying to combine the point of view of this theory with the viewpoint of Buddhism ( at least according to my own perspective which I know ), in my perspective, a ‘Buddha’ is the one who already reached the highest peak of the evolutionary ladder. Because there is only one True Reality, ( though there are many theories and concepts ), then we must find the similar point which correspond to this True Reality.

The Buddha is traditionally regarded as having the Thirty-two Characteristics of a Great Man ( Skt. mahāpuruṣa lakṣaṇa ). These thirty-two characteristics are also regarded as being present in Cakravartin kings as well. The Digha Nikaya, in the “Discourse of the Marks” ( Pali: Lakkhaṇa Sutta ) (DN 30) enumerates and explains the 32 characteristics. These are also enumerated in the Brahmāyu Sutta of the Majjhima Nikāya (MN 91).

That is a very meaningful dharma talk, thank you, I highly appreciate it…

A different case that has nothing to do with it but might have similarities was the story of the ancient Pharaoh Kings, King Tut, his father Atkenaten, his sister Nefertiti, they all had the elongated skulls.

Modern science wants us to believe that they placed boards on their heads as infant, but by doing that the skull volume would be the same, but the volume of these skulls are larger. So that theory has a large hole in it. But still most people in the science world stick to that ‘theory’. if a baby is deformed by boards, the skulls volume will still be the same as when he grows up, yet these findings like Tut his volume of his skull was larger. 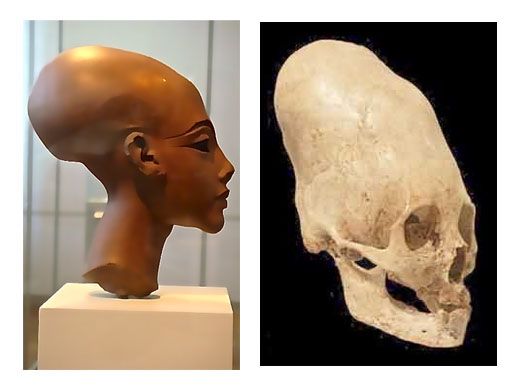 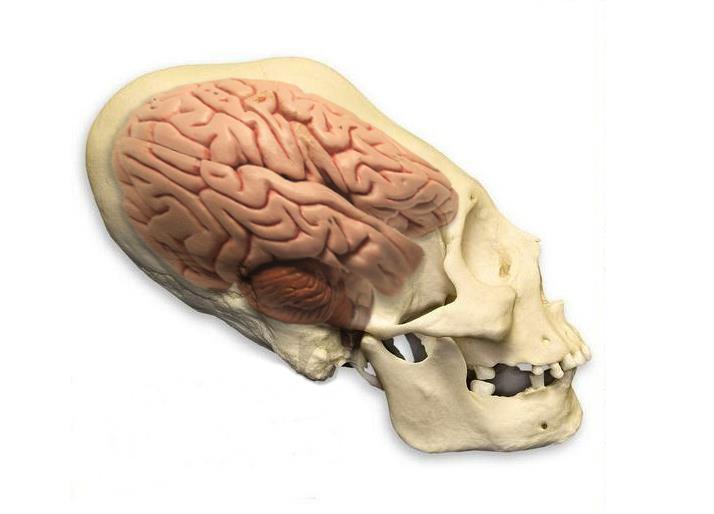 "Artificial cranial deformation or modification, head flattening, or head binding is a form of body alteration in which the skull of a human being is deformed intentionally.
It is done by distorting the normal growth of a child’s skull by applying force.
Flat shapes, elongated ones (produced by binding between two pieces of wood), rounded ones (binding in cloth), and conical ones are among those chosen.
Typically, it is carried out on an infant, as the skull is most pliable at this time.
In a typical case, headbinding begins approximately a month after birth and continues for about six months."
Artificial cranial deformation - Wikipedia

As it is the case when one compresses a pliable container of liquid, the change in shape does not mean change in volume:

“There is no statistically significant difference in cranial capacity between artificially deformed skulls and normal skulls in Peruvian samples.”

I bet however this has some adverse impact to the brain development which would otherwise happen within a more uniformly shaped skull!

Neanderthals had larger skull volume than us modern Homo Sapiens Sapiens. Whales have much larger brains than us. Birds much smaller. With regards to intelligence, size doesn’t seem to matter so much as encephalization.

Size doesn’t seems to matter so much ?..

Forgive me…, may be what you say is true, but can we imagine if humans don’t have brains, what can they do ?, it might be true that certain animals might have much larger brain sizes than human beings, so that their mental abilities could sometimes surpass humans, but it must be remembered that their physical form has certain limitations so they can’t do much, right ?. Homo Neanderthals indeed had a larger skull volume than us modern Homo Sapiens Sapiens, but like today’s computer machines, even though much smaller than older computers, but much more efficient and much more sophisticated, so it might be the same thing that happens to the human brain. The fact is, that technological developments and innovations didn’t begin until the time of the modern man Homo Sapiens Sapiens, it didn’t begin in the days of Homo Neanderthals. So maybe…, even though the size of the Homo Sapiens Sapiens’s brain being more or less the same as the size of the Homo Heidelbergensis’s brain, but there’s a very significant difference in their brain’s ability… 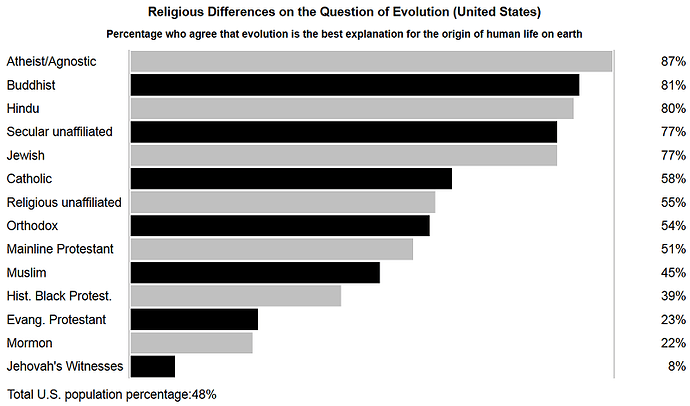 Perhaps this is an opportunity for me to better understand something which has always puzzled me. Is the point of the 32 marks or fleshy protuberance that the vehicle once known as Siddhartha was never human? or not homo sapien?

If so, from godling to alien visitor is just a small step.

Is there somehow 32 marks leads to the end of suffering, to liberation?

I mean no offense, i just do not have any context in which these make sense to me at this time.

I would not take the 32 marks very seriously. We know it may be heavily influenced by ancient legend stuff…

Note that there are discourses in the Pali Canon which indicates the Buddha was indistinguishable from other monks, and that may be interpreted as he being normal looking and of course had his head shaven as everyone else…

Physical characteristics of the Buddha

There are no extant representations of the Buddha represented in artistic form until roughly the 2nd century CE, partly due to the prominence of aniconism in the earliest extant period of Buddhist devotional statuary and bas reliefs. A number of early discourses describe the appearance of the Buddha, and are believed to have served as a model for early depictions. In particular, the "32 signs of a Great Man" are described throughout the Pali Canon, and these are believed to have formed the In Ma...