From my perspective you have not had a jhāna experience.

That’s fair to say and I respect your perspective.

I’m not sure how you enter Jhana’s, but Jhana’s are mental states existing in the 16 rupa realms and the four arupa realms.

Not really liking to use some of the current English translated materials from the Tipitaka, but this will have to do.

In the first big paragraph, it states that one who attains the first jhana and dies, they would be born with the “Brahmakāyikānaṁ” (highest 1st Jhanic state) which is part of the lowest rupa loka. This show’s the connection in regards to Jhana’s and rupa, arupa realms of existence.

But from what I can understand base on what your saying. One is still accessing 2 (eye, ear) out of the 5 senses plus the mind (if that’s what “will” is to you) since the first jhana belongs to the rupa loka.

If someone attained the fifth level of jhana’s and higher which correlates to the arupa loka. Then I would agree that person wouldn’t be able to “access the five senses” but they would still access the mind (or will if that’s what you mean by “will”).

3 Likes
How would you reply to these arguments by a philosophy Professor against non-self?
NgXinZhao June 14, 2021, 4:08am #2

I’m not sure how you enter Jhana’s

You may youtube “Ajahn Brahm Meditation retreat” to get the answers. You’ll have to listen to the whole thing. Or get Happiness through meditation book by Ajahn Brahm. Alternative title is Mindfulness, bliss and beyond.

Jhanas used here means the state of absorption meditation attained by humans, and it’s what humans experiences when entering Jhanas.

For Ajahn Brahm’s standard of Jhanas,

1st Jhana, 5 senses are not accessible, thus the body disappears.

2nd Jhana, the will disappears, due to the initial and sustained application disappears.

As for Brahma realms, I dunno the exact physics of it, but since Brahma beings can move about, talk to people, ask the Buddha to teach, they seem not to be in the jhana absorption states all the time. That’s the extend of my speculations on it.

I think a better way to think about this is that those who attained to Jhanas (and maintain their virtue) can be reborn in rupa loka in their next life.

How is this consistent with what is said here?

By the way, I’m not the biggest fan of English translated Sutta’s.

2nd Jhana: will (the doer) disappears, thus one sees that the will is not self.

How is consistent with what the Buddha taught? From my own understanding / knowing / learning of the Buddha Dhamma, the doer (not 100% certain what is implied by this word) only disappears when one has completely remove avija or has stop all abhisankhara’s (punnabhisankharo, apunnaabhisankharo, anenjabhisankhara). I’m not 100% exactly sure what is meant by a “doer” or “will” here, but I’ll take it at face value. Sankhara’s can even be consider as a “doer”.

Take these with a pinch of salt, I speak from speculations mostly.

In Abhidhamma, mindfulness is classified as part of sankhara, but mindfulness in the teaching style of Ajahn Brahm is said to be the knower. In meditation, one lets go of doing, all the energy goes into the knower, and it all happens by itself. So the doer is more of craving, the controller, the sense of controlling etc. Practically speaking, it does requires one to abandon all doing, all will to attain to 2nd Jhanas. Jhanas are not attainments, things you get, but stages of letting go. So letting go of the controller to that extend it disappears completely is 2nd Jhana stages.

To enter deeper stages, one has to develop the momentum of letting go from before entering the Jhanas, so one goes sliding into the 3rd Jhana, 4th and so on from the start, letting go of more and more. We cannot do letting go, it’s letting go of doing. So the doer is not required for further letting go. I think this seems logical.

Jhanas are not attainments, things you get, but stages of letting go

Am I wrong to say that jhana is a state of letting go of selves ?

Thank you for your response NgXinZhao.

People can enter jhana’s through breathing or kasina meditation or other meditation techniques. Or one can simply go straight into insight meditation on Anicca, Dukkha, Anatta, Four noble truths, etc . . . and enter jhana’s from that way as well.

1st Jhana, 5 senses are not accessible, thus the body disappears.

but since Brahma beings can move about, talk to people, ask the Buddha to teach

Not the Brahma’s in the arupa loka because they don’t have any of the “5 senses” where they can “read or listen” to the Buddha Dhamma. They only have the mind.

That’s why Gotama Buddha couldn’t repay two of his teachers (can’t remember the names) who taught him before he attained Enlightenment. Because they attained the highest anariya (mundane) jhana’s. They were born in the arupa loka and don’t have the “sense faculties” to be able to read or listen to the Dhamma.

I think a better way to think about this is that those who attained to Jhanas (and maintain their virtue) can be reborn in rupa loka in their next life.

By the way, I use to listen to some of Ajahn Brahm’s youtube video’s, as well recommended them to my patients.

Also the hot air balloon analogy: Throw out everything, even the basket to get higher, once everything is gone, you see that you’re still hanging onto the balloon, let even you go, then it goes all the way up.

Seriously, it’s all in his retreat talks, go listen to them. Again and again. Especially during lockdowns, you can do home self retreat.

Can you state your sources ?

Can you see physical reality without physical eye but only using your mental eye during jhana ?

I totally agree and I don’t think much more benefit will come out of this if we continue this discussion here. The only recommendation that I would make is that if you ever have an opportunity to speak with Ajahn Brahm personally. Might be a good idea to ask him what Pali word he would use to define “doer” and “will”. It would help tremendously if one knows the Pali word’s so that we can possibly see things from Paticca Samuppada perspective.

Paticca Samuppada helps tremendously with understanding of the Buddha dhamma. I can’t over emphasize it.

Thank you for your time, answering my questions NgXinZhao, and this opportunity to discuss about the Buddha Dhamma. May you and all the living beings attain the supreme bliss of Nibbana.

Maybe see you around.

3 posts were split to a new topic: Sorry for the misunderstanding!

Does anyone know about the Thai Forest Master Ajaan Thate? He was very skilled at the Jhanas, and he gave a lot of good answers to your questions raised by you guys here. So I have gathered all books attributed to him available in English and put them here:

Most of your questions should be answered in the book “Meditation in Words”. But I highly recommend that you read all of the books, especially his autobiography to gain some faith. With metta 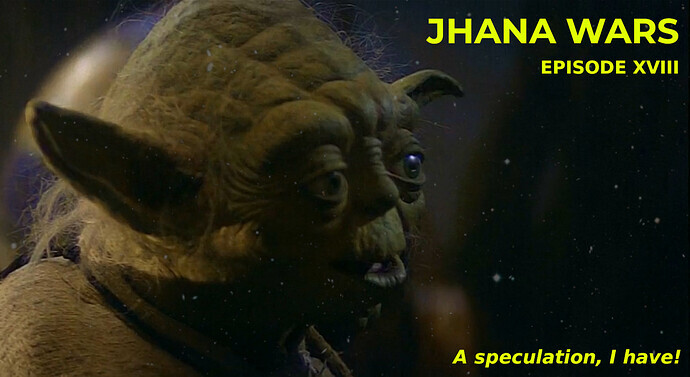 The arupa Jhanas are really out there man, not sure how to even interpret but descriptions in MN 121 seem to do something with seclusion. Maybe that’s why it’s not possible to become an arahant as a lay person, higher level of seclusion is required to reach the end of the path.

(sorry guys, pretty sure there’s a sutta where it’s flat out stated only first 3 stages are possible but arahantship isn’t but instead all I can find is cases where attainments for lay people are listed and

“had realized the undefiled freedom of heart and freedom by wisdom in this very life, having realized it with his own insight due to the ending of defilements”

Thank you UttamaSanti for your work on putting the books together in one place, as well your recommendation. Much merits to you.

I highly recommend though not to spend to much time and effort in learning / seeking jhana’s. There’s more important things for us to learn and realize such as Anicca, Dukkha, Anatta, Four noble truths, Paticca Samuppada, etc . . .

May you and all of us living beings attain the supreme bliss of Nibbana.

The arupa Jhanas are really out there man

Living beings in the Arupa loka don’t have the 5 sense faculties. They only have the mind, so they are not able to “read or listen” to the Dhamma. This is why it’s so dangerous attaining arupa jhana’s before attaining magga phala. If one dies during in arupa jhana’s, they would instantly be born in the arupa loka. If they haven’t attained magga phala, they would not be able to learn and contemplate on the dhamma. But if one had attained magga phala and died in arupa jhana’s. Then they would be able to still learn and contemplate on the Dhamma in the arupa loka.

Maybe that’s why it’s not possible to become an arahant as a lay person, higher level of seclusion is required to reach the end of the path.

One can become an arahant as a lay person, but they would have to ordain within 7 days or else they would die. Because their attainment would not be suitable for the life style of a lay person.

“In the fifth year after Enlightenment, when the Buddha was residing in the (kutagara) Pinnacle Hall near Vesali, he heard that king Suddhodana was nearing death. He went to the death chamber and delivered a sermon. Having listened to it the king attained Arahantship. As he was too old, he did not join the order but enjoyed the bliss of Emancipation for seven days and passed away, (if a person attains the final stage of Sainthood that person cannot remain a lay person but either pass away or join the order).”

(Note: I’m not the biggest fan of using any materials outside of the Pali canon Tipitaka)

As well it’s not necessary for higher level of seclusion for one to attain higher levels of magga phala (as you can see in the above example), although it would make it much easier.

1st Jhana already has the physical body disappears.
3rd Jhana, please do distinguish between rapture (piti) vs bliss (sukha)
4th Jhana, then there’s neither pleasant nor unpleasant feelings. That’s still a feeling. It’s not the same as cessation of perception and feeling, where there there’s no feelings.

But Bhante, how is this

(kāya) to be understood as mental and not physical?