Searched for the other two meanings: on wikipedia entry for Sampajañña, under “canonical commentary” is the following:

While the nikayas do not elaborate on what the Buddha meant by sampajañña, the Pali commentaries analyze it further in terms of four contexts for one’s comprehension:[10]

How these four meanings originated is still not very clear.

From Bhikkhu Bodhi’s “In the Buddha’s Words”, Chapter VIII - Notes [34] provides this explanation:

The English translation of “Sampajañña” into “Clear Comprehension” seems quite straight forward and clear on the surface, yet there is more to its meaning!

Based on AN 10.61, “mindful with clear comprehension” is not the same as “restraint of the five senses” and also not the same as “wise attention” (yoniso manisikara), because one is the nutriment for the other. There seems to be some overlap of meaning though: wise attention leading to mindful & clearly comprehend, leading to restraint of the senses.

It’s not easy to fully understand the suttas without listening to explanations from Dhamma teachers.

I’ve found Ajahn Sumedho’s teachings very useful on this subject. Below are two essays on the subject.

Here is a link to an article from 2015. It contains material in the book ‘The Sound of Silence’.
http://trustinginbuddha.co.uk/intuitive-awareness-ajahn-sumedho/ 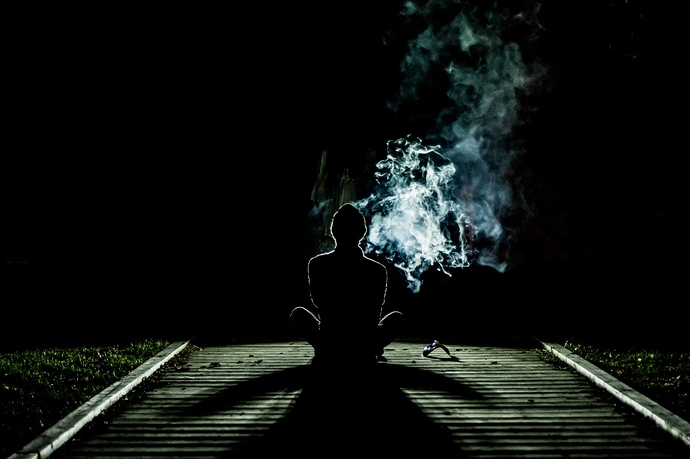 The Problem of Personality

We believe deeply in ourselves as personalities, says Ajahn Sumedho, each committed to the reality of our own personal history and distinctive traits.


Ajahn Sumedha describes an excersize where…
“I have found this exercise very revealing. When I did it, it became very clear what awareness, apperception, sati-sampajañña, is.”

I hope this is of some benefit

If you want to know what it does, study what the verb form of that is doing “pajānāti” in the suttas. the commentaries, early and modern day, are someone else’s concise abstract summary. Hard to digest. It’s best to go into the wild and observe the animal in its native habitat doing its thing, then you’ll get a good feel for it.

pajānati happens all over the place in MN 10

some other prime examples:

superpower of mind reading, is the same exact passage as MN 10 satipatthana citta-anupassasna

AN 4.41 vidita synonymous with pajānati in this context

I think it helps to have a term like ‘Clear comprehension’, which might Buddhist hybrid English but thereby not letting the meaning dissolve into the ‘soup’, as it were of general English meaning.

CC seems to be the wisdom, in sati.

Hi Viveka: thanks for providing the links.

First I read the Lion’s Roar piece which is supposed to be adapted from the book “Intuitive Awareness”. I find the ideas in this shorter article very scattered, all over the place, and left me totally confused about what Ajahn Sumedho was trying to say in general, and in specific to the meaning of “sati sampajanna”. May be it’s just me, but it does not help me at all to expand my understanding of sampajanna. So I have no plan to read the longer book.

(BTW: the title of the book from the link is “Intuitive Awareness” not “The Sound of Silence”.)

sam-pajāno:
If you want to know what it does, study what the verb form of that is doing “pajānāti” in the suttas. the commentaries, early and modern day, are someone else’s concise abstract summary. Hard to digest. It’s best to go into the wild and observe the animal in its native habitat doing its thing, then you’ll get a good feel for it.

My knowledge of Pali is close to zero and I am not particularly interested in Pali etymology. For me it is enough to find out what “sampajanna” means in the context of AN 10.61 & 10.62, without further complexity of studying the word “pajānāti”.

My goal is just to understand and figure out how to cultivate “sati sampajanna” as it is the nutriment to “restraint of the senses”, eventually leading to “samadhi”, “liberation” & “insight of liberation”.

I think it helps to have a term like ‘Clear comprehension’, which might Buddhist hybrid English but thereby not letting the meaning dissolve into the ‘soup’, as it were of general English meaning.

CC seems to be the wisdom, in sati.

While reading as many of the suttas containing the term “clear comprehension” would certainly be beneficial, past teachers who studied them & wrote the commentary were trying to save us the trouble of re-inventing the wheel, so to speak. If Bhikkhu Bodhi and Ajahn Brahmali etc agree with using the commentary then it is good enough for me, for now.

different things suit different people. Also the title of the chapter is intuitive awareness in a book of compiled teachings by Ajahn Sumedho called the Sounds of Silence. I have a copy of the book - so I can verify it does exist

Here’s a compilation of some quotes about the notion of ‘sampajañña’, all of them pointing to the, more or less, same understanding, that is, “full self-awareness of one’s own behaviour or exertion at this very moment”. (The highlighting in bold font is mine in all cases).

The common example of everyday usage that occurs many times in the suttas is:

Another common example is from the context of Satipatthana:

"Furthermore, when going forward & returning, he maintains awareness; when looking toward & looking away… when bending & extending his limbs… when carrying his outer cloak, his upper robe & his bowl… when eating, drinking, chewing, & savoring… when urinating & defecating… when walking, standing, sitting, falling asleep, waking up, talking, & remaining silent, he maintains awareness.

To say it simply, ‘sampajañña’ is the awareness that "now I am doing such and such."

One quality that’s always appropriate in establishing mindfulness is being watchful or alert. The Pali word for alertness, sampajañña, is another term that’s often misunderstood. It doesn’t mean being choicelessly aware of the present, or comprehending the present. Examples in the Canon shows that sampajañña means being aware of what you’re doing in the movements of the body, the movements in the mind. After all, if you’re going to gain insight into how you’re causing suffering, your primary focus always has to be on what you’re actually doing. This is why mindfulness and alertness should always be paired as you meditate.

sampajāna: [sam+pa+jāno] ‘endowed with constant discernment of impermanence’ - adjective derived from sampajañña. The Buddha gives two different explanations of the term, shedding light on the two aspects of its meaning:

The Buddha frequently reminds the bhikkhus to be both sato and sampajāna, which shows that these two attitudes complete each other.

sampajañña: thorough understanding, constant discernment of impermanence. The term is derived from the verb jaññā (to know, to understand) and intensified by the addition of the intensifying prefix pa- and then, of the prefix sam- which denotes the completeness (or here the constance) of the action. The term appears in the vast majority of cases in combination with sati, either as two separated words or in the compound sati·sampajañña. There is no definition of sampajañña alone, but a definition of sati·sampajañña is found at AN 8.9: it is identical with the definition of sampajāna given at SN 47.35.

Sati is mindfulness (and memory, when it is developed to a great degree) and this means that sampajanna has to mean something other than mindfulness/memory.

Being aware of what someone is doing in the present moment, - is mindfulness, as it is possible to be aware without any real understanding of what is going on- ie watching without ‘Right view’, which has prepared the mind for the giving rise to insight. Those who know the dhamma well, will have Right view well developed. Saiti without Right view, generally leads to psychological well being, but not stream entry or higher attainments in the Buddhist path.

Watching the body and being aware is calming, but watching the arising and passing away nature of movements (anicca sanna) leads to both samadh and insight (panna). Sampajanna seems to point to the wiseness of awareness’ rather the the unintelligent awareness of a video camera.

The wisdom of samapjanna is related to Buddhist insights, therefore not general ‘wisdom’. Intuitive awareness sounds like a subliminal process, therefore not worth talking in terms of applying oneself. Sampajanna as per the suttas seems more overt than subconscious. Situational awareness is broad and may refer to non-wisdom related awareness as well. Clear comprehension would be my preference as 1. it is already well known, and people know what is being referred to 2. while it is technical terms (jargon) of sorts, it isolates a specific ‘Buddhist’ word or meaning.

Etymology would be useful, in this case, after the word sampajanna has been understood in it’s context, in the suttas.