I found this very interesting and inspiring.
It is about the death of the body but at a microscopic scale which is just mind blowing…
Hope you enjoy: 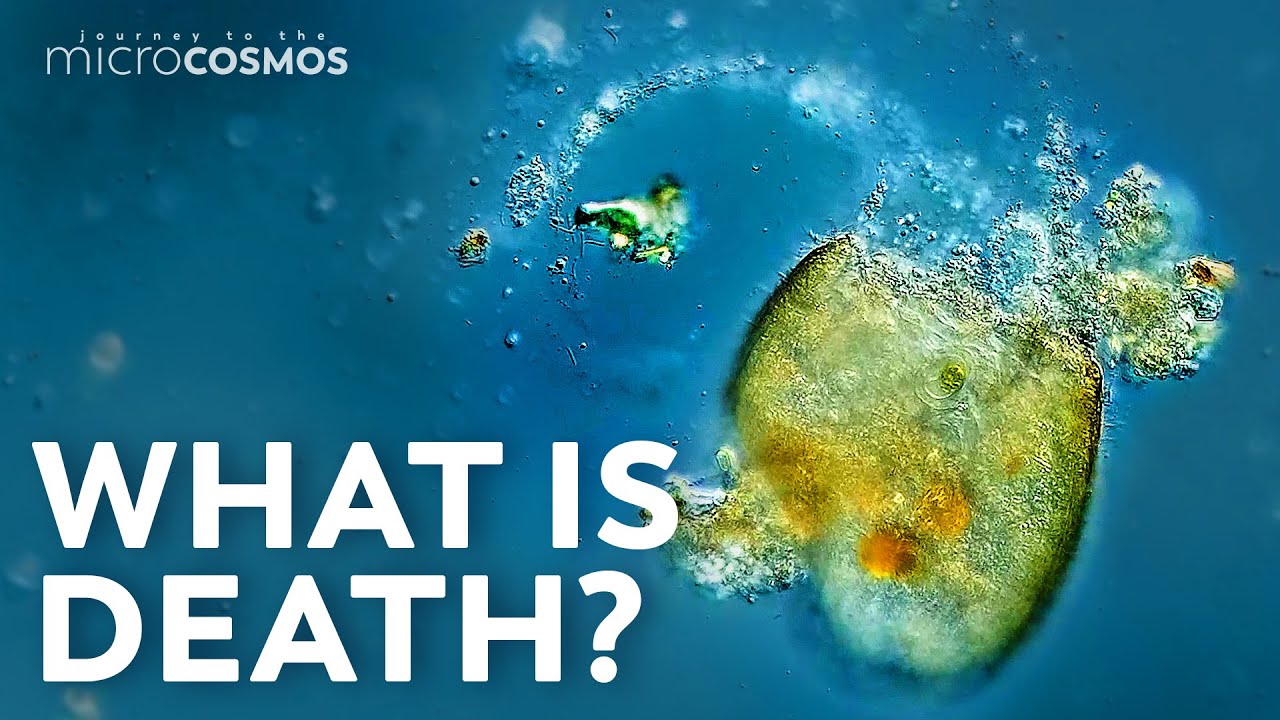 I wonder to what extent we have in those microscopic life forms a material enough critical mass of the other aggregates we experience as infintely larger and more complex multi-celular forms.

Thank you for the lovely video. It’s fascinating to think of death as equilibrium when conventionally one thinks of vibrant life as equilibrium. The video’s gentle transition was inexorable, without a defining line.

Amazing video, thanks for sharing.

Beautiful, thank you for sharing .

This video shows non-self and entity as a process in a visible way.

I imagine “my” body’s trillion of cells a sort of colony or ecosystem. Each cell fighting out its own battle at existence until it succumbs to death. A great many of those cells not even “mine” (bacteria and yeast with their own DNA).

I have even thought could there be multiple consciousnesses within this body? Don’t know the answer there. But it’s fun to start pushing one’s mind out of the comfort zone.

Another nail in the ‘idea of a self’ coffin

Such an amazing video! The first thing to come to my mind was :
“Oh! Conditions are impermanent,
their nature is to rise and fall;
having arisen, they cease;
their stilling is true bliss.”

I couldn’t help but find a parallel when the narrator said that the body’s chemicals take in energy to keep each other from reaching equilibrium; doesn’t that sound a bit like the fire of desire/craving preventing us from reaching peace?!
This also kind of helps to make sense that even after the death of one life (with the rupa aggregate reaching equilibrium), the consciousness-factor feeding on craving finds another rupa to excite and stir up, starting another cycle of life…or death!

Great video! But what I find most interesting is the question the narrator chose not to go into (why do scientists studiously avoid this question anyway? I should think it is The Question to Ask) … what causes assorted chemicals which are already at equilibrium to somehow start taking in energy and keep each other from reaching equilibrum? And why does it keep happening again and again?

I should think it is The Question to Ask

Exactly! But by simply ignoring this Most Important Question, science turns Life into a meaningless assortment of chemical reactions.

I remember back when I was in Grade 6 … there was a chapter entitled “The Origin of Life” in our science textbook. It sought to explain Life as originating from molecular reactions in the chemical crucible of Prehistoric Earth. Well, that was the first time I asked this Question… as well as the related one - If all life originated from chemical reactions, why haven’t we been able to manufacture it de novo from elements in the laboratory?

Yes, I guess all school kids go through a similar book. But not all of them ask this sort of question.

What I found particularly puzzling in my biology class was when I understood that a living organism isn’t “whole” in itself. It is a “steady state” of something changing all the time. There is input and output, but no permanence at all.

And earlier still, at the age of five, when my brother was born and I saw this baby with the leftover of the umbilical cord. I asked my grandmother what this is—I thought of a sort of third sex or so; I had seen other babies and knew of two sexes … And she simply said, “This is the navel”. And this thing had always to be dressed and looked after. After a few days it fell off, and there was a would left that also needed to be dressed.

This just meant, you are born with a defect! And then you are left with a scar right there in the middle of your body! I found it puzzling that obviously there is no clear boundary between “self” and “not self”, right from the beginning. Well, what usually is called “beginning” …

None of the adults understood my fascination about the navel at that age.

I’m pretty sure we will in the coming decades. The science on this is ongoing, for example in the… Origins of Life Laboratory.

(why do scientists studiously avoid this question anyway? I should think it is The Question to Ask)

My college biology book actually had ‘Consciousness’ as one of the defining characteristics of life in the definition! But it wasn’t addressed at all in the rest of the book.

here we go back round the wheel to consciousness…

And I’m pretty sure that from this experiment we will get unexpected answers to questions we haven’t yet even thought of asking!! Which will set humanity off on another quest for yet more answers… { Spoiler Alert - the Ultimate Answer is 42 }

As for me, after many years of fruitless search for answers I came to the EBTs. And I realized that these metaphysical questions might be interesting but are inevitably unanswerable… and ultimately unworthy of attention.

Yes, samsara has momentum just as any cycle with a differential between its polarities (birth and death) has energy. That’s why practice cannot be passive, exclusively based on equanimity, because escape velocity is needed. Conventional reality purports to be ultimate truth, and although its institutions have legitimate function (support of the body), its apparent truths must be overcome and replaced by dhamma logic. Permanence is the foundation of conventional reality (property rights etc) and belief in continuity of objects in their present form is a compelling illusion, but if the amount of change that happens to everything over a year is carefully reflected upon, the idea of continuity is dispelled, for example pre/post corona. To move from taking security from the apparent stability of the networks based on permanence requires the dhamma platform to be established as a replacement. That is the task most western Buddhists would be occupied with, rather than the often mistaken perception they are in the arahant’s position of abandoning the path.

“the venerable Ānanda asked the Blessed One: “In what way, venerable sir, can a bhikkhu be called a wise man and an inquirer?”
[…]