On dishes of meals, kings, and offerings

There is a set of terms that is used in a fairly specific set of circumstances in the Pali, yet so far translations have not quite captured them. They refer to the offering of food, and are restricted to the upper classes of society. The terms also overlap with the terminology of the Vedic sacrifice.

The first term is thālipāka, literally “a dish of cooked (food)”.

assassu, bho gotama, yañño vā saddhaṃ vā thālipāko vā deyyadhammaṃ vā, tevijjesu brāhmaṇesu dānaṃ dadeyyā
“Master Gotama, whoever has a sacrifice, an offering of food for ancestors, a dish of milk-rice prepared for an auspicious ceremony, or a gift to give, should give it to the brahmins who have mastered the three Vedic knowledges.”

My rendering follows the Sanskrit dictionary, which gives “a dish of barley or rice boiled in milk (used as an oblation)” for sthālīpāka.

Elsewhere in the Pali we find thālipāka used in the context of the sacrifice, showing this is no mere coincidence (DN 3, MN 93).

Apart from these contexts, the term is invariably used in the context of the upper classes of society: kings, or aristocrats such as Anāthapiṇḍika or the Licchavis. It’s either the dish of food that they are eating (MN 126, SN 55.26) or which is offered by them to ascetics (SN 17.36, MN 35). In such contexts, the magnificence of the offering is clearly implied; for example, SN 17.36 speaks of the decadent luxury by which Ajātasattu corrupted Devadatta.

In such contexts, thālipāka is used together with another term, abhihāra, especially bhattabhihāra. This basically means “offering (of food)”, but it is restricted to such formal, elevated settings. The formalism is accentuated by the prefix abhi-, and by the fact that the term is often used in repetitive idioms, where the extravagence and excess of the offering is emphasized (eg. Pj 1: saṭṭhimatte thālipāke bhattābhihāraṃ abhihariṃsu).

It’s not impossible that these two senses are the same, as implied by Ven Bodhi in his translation of MN 35, where he has: “ceremonial dishes of milk-rice”. In a parallel idiom at SN 17.36 he has simply “an offering of food”.

However, given how generic the term thālipāka is, it is more likely that it is a general term for food presented to royals and aristocrats, and used in a more specialized sense in the context of the sacrifice. Hence at DN 17 and SN 22.96, the thālipāka is the only food served to the king, and he was said to have eaten at most a single serve of rice and sauce (nāḷikodanaparamaṃ bhuñjāmi tadupiyañca sūpeyyaṃ). It is also more reasonable to think that large, extravagant offerings of food to ascetics would include something other than milk-rice.

So we have a term for food in general, but restricted to elevated settings. We should attempt to render the idioms in an elevated, formal style.

It looks like something similar is found in the etymology of “banquet”, where a term originally referring to a modest meal came to be used for something more grand.

banquet | Origin and meaning of banquet by Online Etymology Dictionary

Also, many Chinese terms for all kinds of meals contain “fàn” - the word for rice.

Banquet is a possibility indeed.

While we’re on the subject of Thai, they are much more richly provisioned with formal words. There is a special Thai word เสวย, which perhaps we could render as “partake”.

The Indonesian rijsttafel, a Dutch word that literally translates to “rice table”, is an elaborate meal adapted by the Dutch following the hidang presentation of Nasi Padang from the Padang region of West Sumatra. It consists of many (forty is not an unusual number) side dishes served in small portions, accompanied by rice prepared in several different ways.

The Dutch in Indonesia were at that time the upper classes so this extravagant type of banquet was not unusual. When I grew up, a rijsttafel was still something special for us; we would only have it on very special occasions (because it takes several days to prepare).

I can imagine that it could be something like this; a banquet of all the best dishes a country or region has to offer, accompanied by rice.

Nowadays, a Thāli in India means the daily meal that you can get in all restaurants. 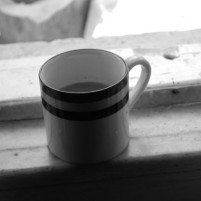 Thāli is a dish, a stainless-steel plate to be precise. A home-made Indian Meal is serve in a thāli with 2 to 6 katori holding the vegetables, daal and yogurt to make a nutritious complete meal. A …