On titles and locations

With in my relatively young Dhamma practice I try to keep teachers I follow to a minimum to avoid confusion. (Had problems in the past studying 96 teachers/teachings at the same time) just wanted a little clarity on titles and locations.
Can it be determined via titles such as Ajahn, and locations such as Sri Lanka or Thailand if a teacher is coming from an EBT perspective vs.traditional Theravada? For example I hear Rinpoche I automatically assume Tibetan, or Zen master, Japanese Mahayana.thanx guys

Most monastics are ordained in Theravada or Mahayana. Tibetan/Zen/Pure Land/etcetera essentially fall under Mahayana. If you are seeking teachers closer to EBT then you are best to listen to Theravada teachers since there is no school of “ordained EBT” monastics, at least not known to me.

As for the term Ajahn, it doesn’t mean they are “EBT” as in reality it really is just a title for a teacher, even one unrelated to the Dhamma if I am correct on this. I could be wrong. I believe there is a post somewhere ven @sujato wrote on this topic.

@JoeL You aren’t going to be able to tell who has an EBT perspective from their name.

Theravada is one of the oldest surviving schools of Buddhism.

Each school has their own set of writings. Theravada Buddhism has the Sutta Pitaka ( sutras, discourses ) from the Buddha. There are scholars that believe about 3/4 of it are original and they call those suttas “Early Buddhist Texts”. The Mahayana school as the Agamas written in Chinese which almost completely match the EBTs.

You are most likely to find nuns and monks from the Theravada school teaching suttas which include the EBTs, but to them they aren’t “EBTs” just suttas.

@Thito posted this recently on another thread that might be of interest to you:

You can add Ven. Thanissaro who is a solid and prolific source

Here are some resources from the late Bhante Dhammavuddho, who had the courage to face violent criticism in order to openly embrace EBTs: 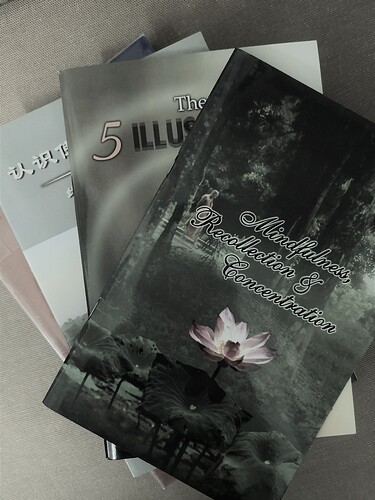 Also if I am not mistaken SBS has a strong focus on EBTs:

This is already plenty to choose from!

Sadhu on your commitment to the EBTs, that’s the right approach, trying to get as close to the original teachings of the Buddha as possible.

How Early Buddhism differs from Theravada: a checklist Essays

Buy a print copy of this article as a booklet from Lulu.com. (Purchase price pays for printing and shipping, and a small royalty goes to Santi Forest Monastery.) How Early Buddhism Differs From Theravada Available as PDF, printable as A5 early_vs_theravada.pdf (140.9 KB) also as an EPUB. early_vs_theravada.epub (293.1 KB) There’s even a cover! [early_cover] This is a handy summary of some major points of distinction between Early Buddhism and Theravada. Let’s clarify what we mean b…

This topic should be helpful differentiating between EB and Theravada.

Thanks for all the input my friends in the Dhamma. 2 questions

I don’t think I would be mistaken in saying that the Chinese schools alongside the Agamas had translations for plenty of Mahayanist sutras, which they actually trusted more than the Agamas.

Why would Tibetan Buddhism be a mistaken term when considering Vajrayana?

Vajrayāna is another name for Tantric Buddhism, but Tantric Buddhism isn’t found only in Tibet. It’s also present in Bhutan, Nepal, Sikkim, etc, and in Japan as the Shingon school.

Vajrayana is also grouped in the form of Mahayana in Tibet, often. The Dalai Lama is a Vajrayana Buddhist too, for example.

With regards to Vehicles, if you believe in the Buddha’s foresight (I know this is an EBT site, but questions regarding this topic were posed and this is an important Sutra), in the Lotus Sutra, Chapter 2, Expedient Means, writes:

In the Buddha lands of the ten directions
there is only the Law of the one vehicle,
there are not two, there are not three,
except when the Buddha preaches so as an expedient means,
merely employing provisional names and terms
in order to conduct and guide living beings
and preach to them the Buddha wisdom.

It is considered the Ekayana, the Single Buddha Vehicle, after all “there are no discrepancies in the minds of the Buddhas.”

I think many monks who may call themselves “EBT” followers just mean that they are taking what they think are the oldest Pali suttas and calling that EBT. This is very different from what others thinks EBT means.

Could you give an example, without necessarily naming anybody?

Well, Ven Analayo is one of the few monastics I know of who actively uses texts from the Agamas. Also Ven. @Suvira, who is doing translation work here.

But, for example, people will call Ven. Thanissaro an EBT monk simply because he does not use the commentaries. This goes for lots of monastics, I believe.

he does not use the commentaries

Really? News to me. BMC cites the commentaries (and sub-cmys) extensively, no?

There seems to be a similarity of choice from older monks like Ven. Nanavira (1920-1965), Nanavimala, and possibly Buddhadasa, with the more modern monks (Ven Dhammavuddho, Punnaji, N. Namamoli) that EBT means:

The 4 main nikayas SN, AN, DN, MN and 6 books of the khuddaka nikaya Udana, Itivuttaka, Sutta Nipata, Dhammapada, Theri/Theragatha, and the Patimokkha/vinaya.

So it’s not only the commentaries that are de-prioritized in importance but also the Abhidhamma.

From reading several texts of the mentioned monks, I don’t think they ever mentioned the agamas. Agama citing is seen more from scholars from the far east. The only Agama citing Theravadan monks I know of is Ven. Analayo as well as Ven. Sujato’s old wordpress blog if my memory serves me right.

I also don’t think it’s proper to say “there is one true EBT, so anyone who doesn’t cite agamas isn’t true EBT”. I think it’s obvious that those in the Theravadan tradition are more likely to prefer pali sources, and that Ven. Analayo is breaking from tradition, which I’m not saying is good nor bad, only that it’s obvious for Theravadan monks who favour EBT would prefer pali sources.

And why only limit discussion to nikayas vs agamas there’s also the Ghandharan fragments written in Kharosthi and considered one of the oldest archeologically confirmed and dated texts, which Richard Salomon has translated, and from reading his books, seem to align pretty well with the Pali Nikayas.

So it’s safe to say, the Pali Nikayas are sufficient for someone who wants to understand the early dhamma from the Buddha as we know it.

“there is one true EBT,

Indeed. My comment was leaning more towards, “There is no such thing as EBT”

Hah. Well to me that’s just another extreme, how about something in the middle?

So it’s safe to say, the Pali Nikayas are sufficient for someone who wants to understand the early dhamma from the Buddha as we know it.

I am not sure because in some cases ven. Analayo demonstrates that the Agama version is likely more authentic.

Also the Pali Nikayas benefit from the commentary at times and in my opinion they require a stratification, for which all sorts of external documents may be useful (Abhidharma from other sects for example and so on).

Just for example, comparing all the different versions of the Dhammacakkappavattana Sutta, we can come to understand that the Pali version is certainly not the original version, as it reflects an ancient (but “late”) controversy as to which sutta should be considered the first one, and so the true setting in motion of the Wheel. And seeing the other versions gives us an understanding of how different from the reality of what happened the sutta we have in Pali may be.

Would that change the teaching and all the main themes such as right view, sense restraint, seeing the drawbacks, 5 aggregates, etc… because I think just AN, SN, and MN alone cover the bases.

I used to compare chinese agamas to pali nikayas years ago, and for the most part I don’t remember any drastic differences in teaching. It was more minor details like Anapanasati in the agamas explicitly stating to focus on the nostrils or nose tip, whereas in the pali nikayas it’s around the moustache area (parimukham) or also translated vaguely as “to the fore”. Seems like any ancient text, whether chinese, pali, or kharosthi is going to be susceptible to endless interpretations and translations anyway.