Online Workshop with Bhante Sujato: Life Hacks for the End of the World

(A message on behalf of Samita ASBL)

Life Hacks for the End of the World 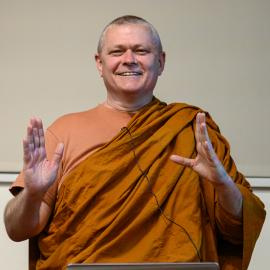 Samita ASBL and Buddhist Insights are delighted to announce that Bhante Sujato will give a 4-part online workshop to help us deal with the challenges we will face in the future. How do we as Buddhists deal with these challenges and how can we help others through the difficult times that are still to come?

Bhante Sujato will give us 4 life hacks to do this: Life, Love, Joy and Acceptance during a 4-week workshop. Each session will be approximately 1 hour.

Thanks for posting. Just registered!

Thank you! I’m registered as well!

I believe that the calendar function you used will show up for everyone as their own time zone.

Right, I just kept the link to other timezones as it was part of the draft announcement I received, but I’ll delete the link since it might make things more confusing.

Reminder, first workshop is tomorrow.
Below is the link to the livestream:

Hi @Yasoj, the YouTube video is “private”, can it be changed to public please?

I’m just a messenger so I cannot do anything myself, but I’ll let the organizers know of the issue, thanks!

So the video will become public and available after editing, I’ll try to update this post once I become aware that the video has been made public.

I viewed the workshop live on YouTube. It was great! Thanks Bhante. Looking forward to the next 3 lifehacks.

Thanks for posting! It was at midnight for me, which means it was largely a coffee-fueled haze, so I’m hoping it was vaguely coherent.

Also, congrats to Vens Suddhaso and Soma for their first kathina at Buddhist Insights in NJ!

Just to mention, I references a couple of things in the talk, here are the references.

The Cakkavattisihanada Sutta (DN 26), which gives a Buddhist account of apocalypse, and shows that the key in turning it around is respect for life.

Among the people who live for ten years, there will be an interregnum of swords lasting seven days. During that time they will see each other as beasts. Sharp swords will appear in their hands, with which they’ll take each other’s life, crying, ‘It’s a beast! It’s a beast!’

But then some of those beings will think, ‘Let us neither be perpetrators nor victims! Why don’t we hide in thick grass, thick jungle, thick trees, inaccessible riverlands, or rugged mountains and survive on forest roots and fruits?’ So that’s what they do.

One thing I didn’t mention about this passage, notice how the precursor to the collapse is dehumanization. They see each other as “beasts” (miga). That’s how we condition ourselves to thinking that taking life is okay: the other is not fully human.

I also referenced a recent story I wrote, in response to a question by Ayya Soma, about what happens when we lose friends to an alternate reality.

Fairy castles · The Monastery at the End of the World

The article by Gemma Carey on having a child at the end of the world. 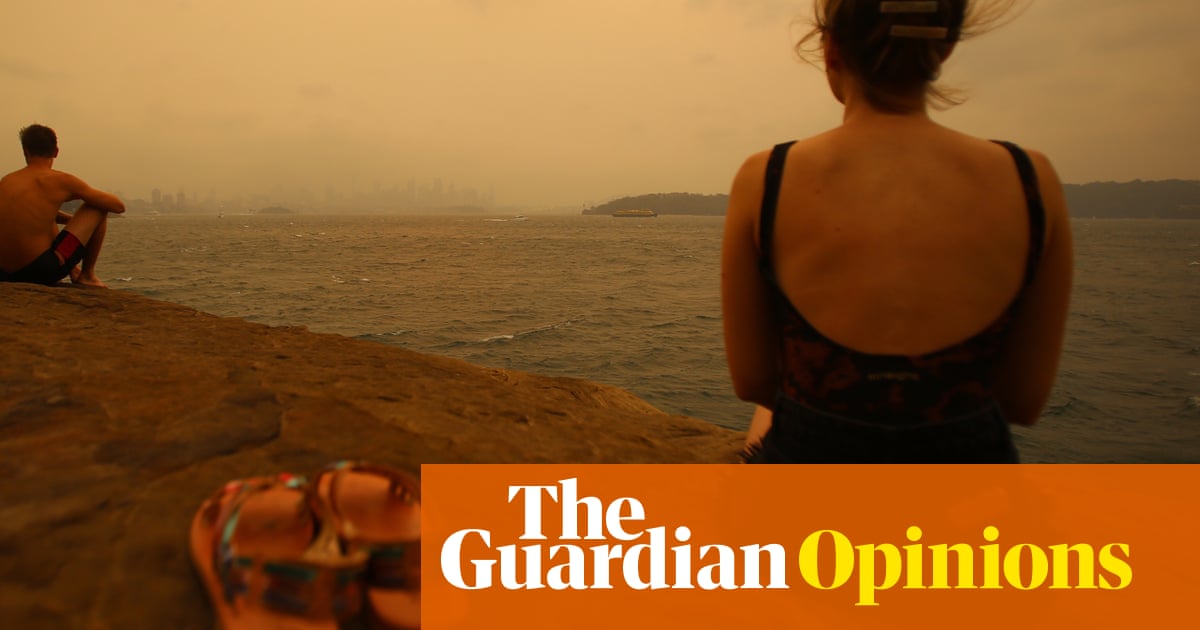 If I have no hope for the planet, why am I so determined to have this baby? |...

I wonder if my child will ever have the innocence I had two months ago, of not having to think about whether the air will kill you

And her heart-breaking follow-up. 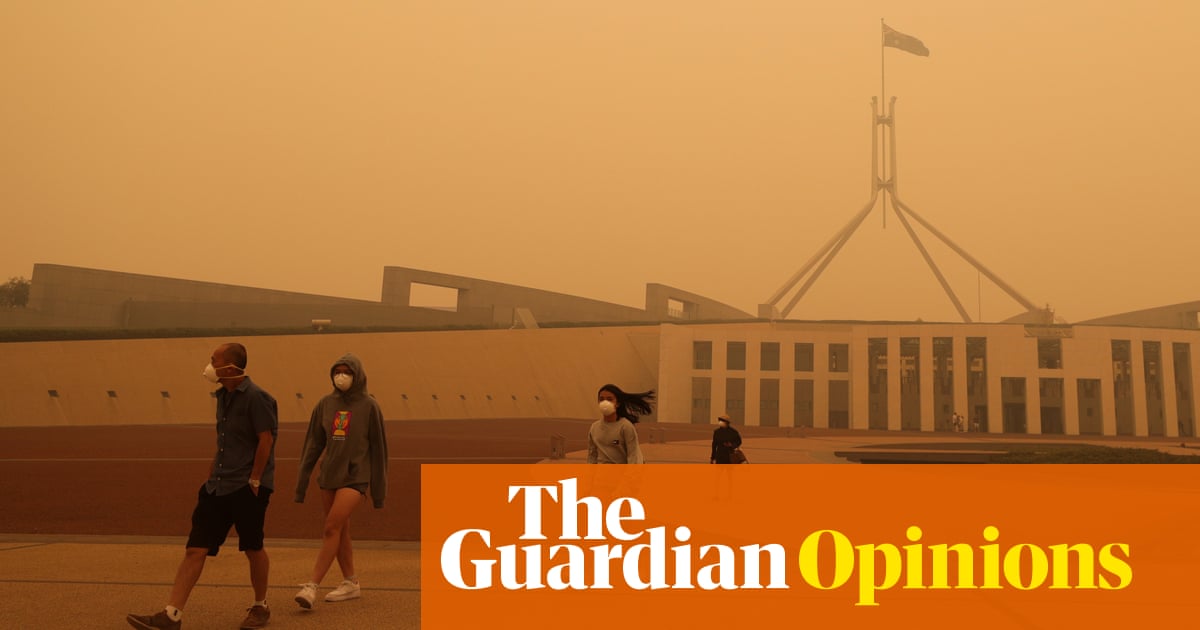 Being pregnant in a climate emergency was an existential challenge....

The bushfires turned an abstract fear into a concrete reality. Having lived on the frontlines of climate collapse, I’m not sure I will choose to get pregnant again

Hi @Yasoj, the YouTube video is “private”, can it be changed to public please?

The video has now been edited by the organizers and made public:

As long as it’s not online … I could convert the video to mp3 if this is wished.

There was a beautiful essay in today’s Guardian from one of our leading climate scientists.

Dr Joëlle Gergis is an award-winning climate scientist and writer based at the Australian National University. She is a lead author of the United Nation’s Intergovernmental Panel on Climate Change (IPCC) Sixth Assessment report, and an expert advisor to the Climate Council. 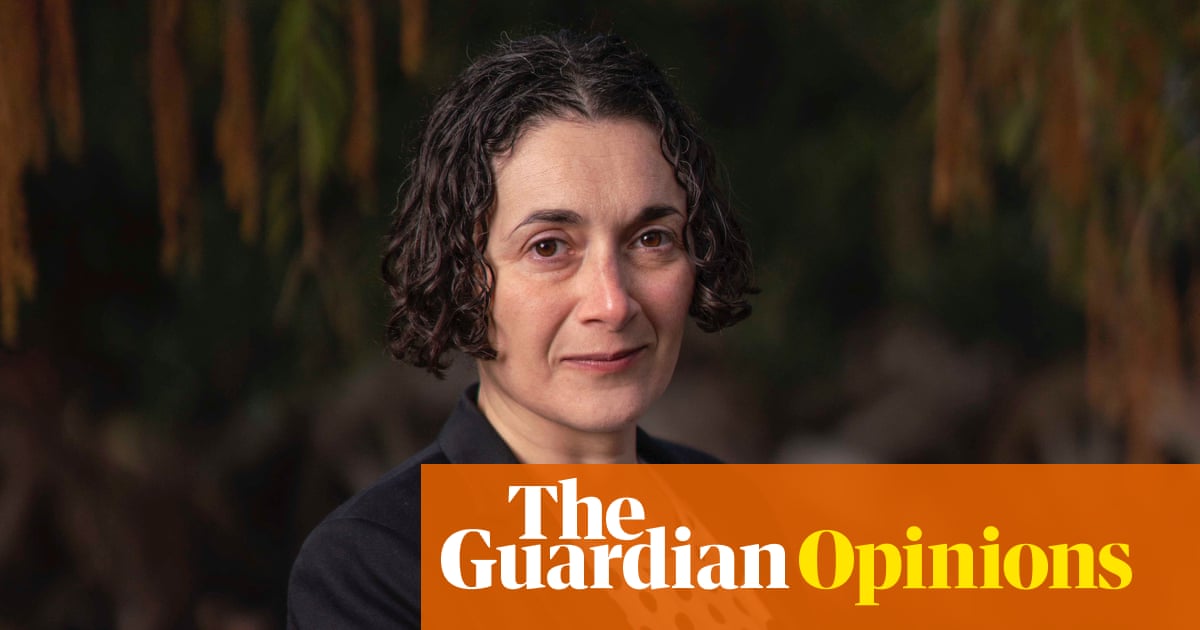 The great unravelling: 'I never thought I’d live to see the horror of...

Increasingly I am feeling overwhelmed and unsure about how I can best live my life in the face of the catastrophe that is now upon us. I’m anxious about the enormity of the scale of what needs to be done, afraid of what might be waiting in my inbox. Something inside me feels like it has snapped, as if some essential thread of hope has failed. The knowing that sometimes things can’t be saved, that the planet is dying, that we couldn’t get it together in time to save the irreplaceable. It feels as though we have reached the point in human history when all the trees in the global common are finally gone, our connection to the wisdom of our ancestors lost forever.

As a climate scientist at this troubled time in human history, my hope is that the life force of our Earth can hang on. That the personal and collective awakening we need to safeguard our planet arrives before even more is lost. That our hearts will lead us back to our shared humanity, strengthening our resolve to save ourselves and our imperilled world.

The website is a ad mine site but works. Unfortunately the file size is humongous. I was wondering if anyone would be able to extract the audio from the video in a more compact size.

Sorry I meant an ad minefield. When I used the website on my phone I had to tap/click 2-3 times at the link to finally get the file downloaded. Each of the “failed tap” opened a new tab with an advertisement of some sort.

Yes, 55 MB for an hour is quite big. This is because the audio quality is good. I downloaded it. It could be brought down to 5-10MB with minor losses to audio quality nevertheless.

When I used the website on my phone I had to tap/click 2-3 times at the link to finally get the file downloaded. Each of the “failed tap” opened a new tab with an advertisement of some sort.

Ah, I see. I only really use the internet on a desktop and have never seen any ads on this site but no doubt it’s a different story on mobiles.

OK. Different ideas about what qualifies as humungous. I guess with broadband and super cheap storage, my ideas about what counts as a big file have undergone their own kind of hyperinflation.

Here is an an mp3 of the talk at 13.8 MB. For speech fairly low sample rates are okay, and mono too.

To avoid certain websites, Linux / Mac users might want to use youtube-dl 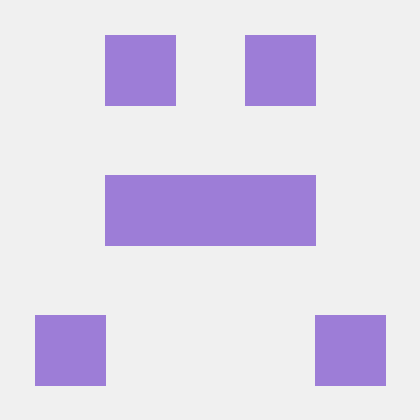 Command-line program to download videos from YouTube.com and other video sites - ytdl-org/youtube-dl