So far we haven’t kept very good records for the publication of our texts. Let’s change that! I’m proposing that we keep a central record in our main Bilara-data repo that will record all publications made on SC, primarily those done on Bilara.

The basic idea is that we keep all such info in a single file, where it can be called upon and applied where needed.

4 Likes
Indicating publication status on Bilara via git rather than json
SuttaCentral sins: we made a mistake in designing URLs
Aminah September 26, 2019, 7:42pm #2

Beyond cheers and party streamers at the general level, in terms of the specifics, isn’t there likely to be quite some room for overlap with the above and:

Issue: Introduce formalized RDF data records to keep track of authors and the like

Might it be good to really think about how to maximize efforts in this area; reducing duplication and getting as much bang for buck with respect to whatever potential applications of the metadata. In addition to the uses mentioned when the RDF ticket was drafted (compatibility with the BDRC project and maybe being searchable on worldcat.org are the ones I can remember of the top of my head) I’m also wondering if there’s some possible overlap with the structured data that tickles the tummy of the Google Monster (and other search engines) and also makes Bruce Lawson happy.

So. eg. maybe json-ld is something worth considering.

I look forward to having publication metadata and would like to read about:

maybe json-ld is something worth considering

In fact, having poked a little further into this, I’d bump this up to “json-ld is really worth considering” if we want to live up to our moral duties as respectable citizens of the internet (and, of course, reep—or more to the point, offer—the benefit of significantly improved searchability).

Why’s that? 'Cos Tim Berners-Lee said! The specific words he used were: 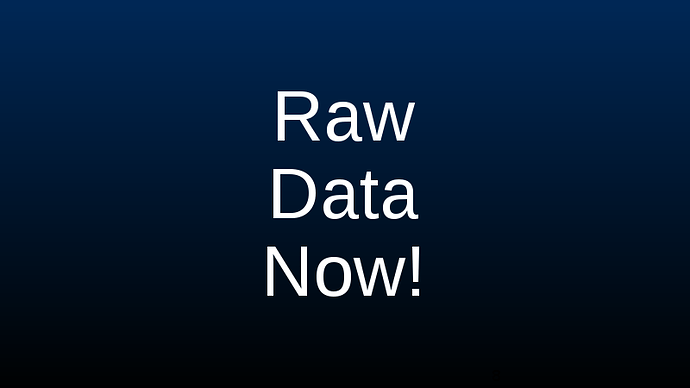 Now, of course, it would be entirely off the mark to call SC a database-hugger—quite the opposite—nevertheless, it does need to take a step or two further in order to contribute to the construction of the Semantic Web in the way that it should. Using json-ld is a pretty straightforward means of doing so and we’ll fare better in search engine as a result.

“The JSON-LD data model allows for a richer set of resources, based on the RDF data model … JSON-LD is a concrete RDF syntax as described in RDF11-CONCEPTS. Hence, a JSON-LD document is both an RDF document and a JSON document and correspondingly represents an instance of an RDF data model. However, JSON-LD also extends the RDF data model to optionally allow JSON-LD to serialize generalized RDF Datasets.” (JSON-LD 1.1: A JSON-based Serialization for Linked Data)

Further, certainly with respect to the kind of metadata file outlined in the ticket given in the OP, implementation looks quite easy. It’s perfectly possible to build a SuttaCentral vocabulary and keep the exact value names given in the sample json. That said, however, on the face of it, it would seem a lot more sensible to just use the already existing, extensive and widely used schema.org vocabulary for most things and only self-generated terms for properties that doesn’t already exist elsewhere.

Now, although it stretches the scope of the thread a little (as it goes beyond specifically SC translations), as it’s directly related, it’s also worth noting that there’s no good reason why this shouldn’t be applied to legacy texts too; at the very least in some stripped down version that extracts data given in these files via a few additional classes.

My reading around the subject suggests that implementation here should also be reasonably straightforward; that it would very naturally tie in with the legacy text page upgrade, and further that it would be a better avenue to go down than what’s proposed in Update SC's social sharing information · Issue #1486 · suttacentral/suttacentral · GitHub (although may not resolve the issue at the heart of the ticket as popular social networking sites have their own mark up they like folks to use, too, so we’d have to see the results, but in any case it would be the first step).

Aminah, thanks for the link to JSON-LD. I’ll be using that in my other projects. It’s great to see this kind of standardization. As you’ve mentioned above, we can use standard names when applicable and simply add new ones as required.

Marvellous; glad it was of use!

The more I’ve looked into it, the more the generation of linked data seems quite an involved undertaking; neat 'n all, but something that definitely requires a bit of thought and investment.

Whatever, the case though, using json-ld (and already existing vocabularies) seems to fit with the needs of the OP; is straightforward enough; offers immediate SEO benefits and lays a foundation for dataset production should the moment arise at some point.

I agree we should use JSON-LD, I have made an initial commit of a publications file, and will look at adapting the form:

In the JSON-LD world, perhaps all the JSON we are doing together belongs in the shared context of suttacentral.net. For example, we could use:

And a Bilara text file would simply be:

By availing ourselves of a shared context that defines each specific document type (e.g., “bilara-text”), we can specify the semantics and structure of every single SC document consistently and thoroughly. And we can do so with full json-ld compatibility and with complete fidelity to SC guidelines.

As I look into bilara-data schema, I have come to realize that we may be misunderstanding JSON. The JSON specification clearly states:

An object is an unordered set of name/value pairs.

Therefore the following are equivalent:

Where this manifests in bilara-data is an implicit assumption that text segments are ordered. They are certainly NOT ordered by JSON semantics. They are ordered in a way that is hidden from JSON. Note that SCID comparison is quite subtle:

What this means is that any program that reads bilara-text files as JSON can only treat the segments as unordered. Indeed, I have had to write special code to restore scid order when reading bilara-data translations as JSON. It takes about
50 lines of Javascript to order scid’s properly. The array is the only JSON structure that preserves order. To store bilara text as proper JSON, we would need to do something like:

or more verbosely as JSON-LD:

By availing ourselves of a shared context that defines each specific document type (e.g., “bilara-text”), we can specify the semantics and structure of every single SC document consistently and thoroughly. And we can do so with full json-ld compatibility and with complete fidelity to SC guidelines.

This sounds great, but I really don’t understand the issues well enough to know whether it is worth doing.

They are certainly NOT ordered by JSON semantics. They are ordered in a way that is hidden from JSON.

Ahh, yes, I recommended that we use arrays for this exact reason. We would get correct JSON semantics at the expense of a very minor increase in verbosity. However I was overridden by our developers at the time! @blake, any thoughts?

I agree we should use JSON-LD, I have made an initial commit of a publications file, and will look at adapting the form:

Looking closer at the JSON-LD spec, it is too complicated for me to do, there are too many concepts I am unfamiliar with. If anyone wants to take it up, that would be great! Currently the publications data is unused, so there is no problem in changing it how you wish.

whether it is worth

After more reading, my enthusiasm is somewhat tempered. JSON-LD seems to be primarily a data-exchange format. I.e., it is intended for the exchange of information about common objects (e.g., cars, contacts) amongst a large community having historically idiosyncratic conventions. It basically is a language and methodology for creating an understandable superset of all those conventions. So I’d only recommend JSON-LD for those SC documents that warrant such verbose treatment. For example, it might make sense to use JSON-LD for representing information about a translator, but I wouldn’t use JSON-LD for representing a sutta segment.

I agree. Let’s only use JSON-LD where it provides value to us and others. I’m not going to use it in Voice, but I think I might use JSON-LD in another project that uses common objects.

We do have a long-term goal to use RDFa, probably best implemented as JSON-LD, for metadata. But since it is a somewhat complex task, we’d like to assign an experienced dedicated volunteer to do it systematically. So far it hasn’t happened, but if it does we can revisit these ideas.

If anyone is interested in learning about semantic web etc in general, there is a very long and good YouTube tutorial playlist from the basics to advanced; Knowledge Engineering with Semantic Web Technologies by Dr. Harald Sack - YouTube, made before JSON-LD came along.