Real Stories/Accounts of Rebirth as Animal

I was born as Buffalo, Cock, Cow, Lizard, dog, female demon … This post I had come across few months back and found really different than the other leagues of rebirth/reincarnation stories where one is a human being back again in past life. Changes there to find were socio-geographic in nature like birth gender, year, country, occupation, religion etc.

But this is the only account of past life that I came across wherein people were animals and demons in past life. And they remember it.

Does any else come across any such documents/accounts of revelation like this It would be good to share.

May all beings be Liberated.

I don’t know why one would be a presiding monk and subsequently be born as a lizard?

Reposting something related to this shared by a member of this forum on another post:

@Kerta
There was one rare case of a three years old boy who can remember his past life as a snake, which can gives a verified details of his encounter with the hunter. If this is true, then it means that animals do have the mental ability to remember things…

Here is the article : A 3-year-old seemed to know in detail about a confrontation his father's acquaintance once had with a snake—but how he knew these details remains a mystery.

I just found an instance in Dhammapada where a monk was reborn as an insect. Check this out:

Verse 240: Just as rust is formed from iron, and corrodes the iron from which it is formed, so also, his own deeds lead the transgressor to a lower plane of existence (duggati).

The Story of Thera Tissa

While residing at the Jetavana monastery, the Buddha uttered Verse (240) of this book, with reference to Thera Tissa.

Once there was a thera named Tissa in Savatthi. One day, he received a set of fine robes and was very pleased. He intended to wear those robes the next day. But that very night he died and because he was attached to the fine set of robes, he was reborn as a louse and lived within the folds of the robes. As there was no one to inherit his belongings, it was decided that this particular set of robes should be shared by other bhikkhus. When the bhikkhus were preparing to share out among themselves, the louse was very much agitated and cried out, “They are destroying my robes!” This cry was heard by the Buddha by means of his divine power of hearing. So he sent someone to stop the bhikkhus and instructed them to dispose of the robes only at the end of seven days. On the eighth day, the set of the robes which belonged to Thera Tissa was shared out by the bhikkhus.

Later, the Buddha was asked by the bhikkhus why he had told them to wait for seven days before sharing out the robes of Thera Tissa. To them the Buddha replied, “My sons, Tissa had his mind attached to this particular set of robes at the time of his death, and so he was reborn as a louse and stayed in the folds of the robes. When you all were preparing to share out the robes, Tissa the louse was very much in agony and was running about to and fro in the folds of the robes. If you had taken the robes at that time Tissa the louse would have felt very bitter against you and he would have to go to niraya. But now, Tissa has been reborn in the Tusita deva world, and that is why I have allowed you to take the robes. Indeed, bhikkhus, attachment is very dangerous; as rust corrodes iron from which it is formed, so also, attachment destroys one and sends one to niraya. A bhikkhu should not indulge too much in the use of the four requisites or be very much attached to them.”

Then the Buddha spoke in verse as follows:
Verse 240: Just as rust is formed from iron, and corrodes the iron from which it is formed, so also, his own deeds lead the transgressor to a lower plane of existence (duggati).

Here’s another story about two women who hate each other and revenge each other, they were then being reborn as a hen and a cat, and then as a doe and a leopardess…

The ogress (Kalayakkhini) was in hot pursuit of the lady with the baby, when the latter learned that the Buddha was nearby, giving a religious discourse...

Thank you @Kerta. I read this story yesterday. In Tipitaka, we find so many instances like this of people taking rebirth as animals/ghosts/in Hell etc. It wud be great to see modern recollection of such rebirths.

Do you have any thoughts about how this process occurs, what force directs the rebirth?

@Adutiya Yes. I had read on the rebirth consciousness in some article somewhere. There’s a simile of how cows come out from the cowpen which is used to describe which thought consciousness will lift its head at the time of death. Its probably somewhere in Abhidhamma but I’m not able to find it.

Nevertheless, here’s an article that explains almost same thing without mentioning the simile. Check this out:

Death, Kamma and Rebirth. Death is the ceasing of vitality (Ayu), heat (usama) and consciousness (vinnana). A dying person is presented with kamma, kamma nimitta or Gati Nimitta at the death moment .4 planes of existence to be reborn: 31 realms. 3...

Thank you for the links and the perspective. While I find the Abhidhamma a source of some insight and perspective, I keep it at an arm’s length. I tend to be very guarded in my mind when considering teachings from the Abhidhamma and don’t normally turn to it for teaching, particularly when it comes to certain topics such as rebirth.

Hmm. Personal Choice. I also have a link on What Vipassana Teacher S. N. Goenka had to say about this. If you wish to see an opinion other than Abhidhamma, let me know. I’ll share.

I agree.
Wish to quote Ven. Nagasena’s reply to King Milinda’s question “Will you be reborn, Nagasena?” from the Milinda Prashna.
Ven. Nagasena replies- “If i die with defilements in my mind, yes. If not, no.”

Coming back to the topic and the question of having any memory of any past life, I myself do no have any recollection whatsoever.
I dont believe any human can completely recall any past life without having attained Full enlightenment. Recollection in parts seems possible if we consider the example of the three year old boy and others who have such recollections.

@abhinava Complete past life recollection is not needed friend. Think of this - what it wud look like to read someone’s day to day past life pasted here. It wud be so long. Infact it wud probably be flagged as a spam!

All we need to know is the recollection of past life. Not the completeness of it. If someone is able to recollect with insights from Meditation or remembers since birth, that he/she was an animal, ghosts, insect, in hell etc., It wud give fresh confirmations to the fact that we are not rebirthing as a human being for past many lives. This is something that is highly thought of from the various past life researches that have happened. Infact in Many Lives Many Masters book by Brian Weiss, the patient was able to recall 86 past lives as human beings, but none as an animal.

So I’m searching for this answer:

Is it that most of us rebirth as human being on and on for many lives before exhausting our residual kamma or is it as per that famous simile in sutta on rarity of human birth. (sand on the fingertip).

Hi @seeker, how about the possibility of recollecting a past life as an Extraterrestrial Being, I think, this is also an interesting subject. Here is the article…

Boy Remembers His Past As An Extraterrestrial Being & Provides Startling Details

You might not know it, but children remembering their past lives is nothing new. Reincarnation is no doubt a fascinating subject, even within the scientific community. Carl Sagan, American astronomer and astrobiologist, even acknowledged the fact...

Hey @Kerta. That’s so different perspective. Never thought of it. This brings a doubt to me. Under what category wud extra terrestrial fall?
Humans?
Animals?
Hungry ghosts?
Niraya (Hell) ?
Or one of the various types of Gods?

Or wud it be a different lineage totally? Like is it so that one’s becoming is within a thousand fold world system. Beyond it other beings are in same process as us, but we dnt reincarnate in their system and they dont in ours.

Extraterrestrial is so much a suspense! Intuitively I feel they might fall under the human category.

Thank you Kerta for this perspective! It questions much of the understanding at core.

Hi @seeker, thank you for your response. But I might agree with your opinion that, the extra terrestrial can be included in the category of human species as well, but a human species which is exists and lives in another world systems. Even so, their physical body shape ( evolutionarily ) doesn’t have to be exactly the same as humans on earth, but their level is the same as human on earth.

Because Mr. Howard Phillips Lovecraft, a science fiction writer once said like this…

And Mrs. Dolores Cannon, an expert who has more than 50 years of experience in the field of Metaphysics and Past Life Regression once said…

Mrs. Dolores Cannon, by using her technique of hypnosis have conducted thousands of sessions using past life regression to travel with her subjects to every conceivable time and place on Earth, and even other planets and dimensions. The results were 19 books to date on subjects ranging from life after death, extraterrestrials, Quantum Physics, multi universes and dimensions, and beyond… 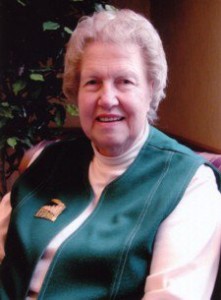 Since the beginning of Dolores Cannon’s career as an author and researcher of metaphysics and lost knowledge, her life’s work which is featured in her latest book, The Search for Hidden Sacred Knowledge, Dolores obtained the information she sought...