Dear Friends, known and yet to be…I am new, or at least I feel new in the presence of so much wisdom. I am drawn to the study of dependent origination as a key to my awakening. I seem to understand it quite well from a personal perspective. Yet because I live in a small country town I have no teacher, no sangha and no Buddhist friends. In fact I am the only one I know. So my question is this: without the personal guidance of someone who can instruct me what is the suggested path for a beginner to begin a serious study?

With deep respect, and Metta

Understanding the Essence of Dependent Origination by Ajahn Brahmali Essays

Fortunately, no matter where you live, you can meditate and cultivate attentive awareness and intuitive familiarity with your own mental processes right where you are. I believe that dependent origination can only be grasped in the encounter between you and your own mind. Too much focus on labeling, classification, discursive thought and logical-analytic scholasticism is an impediment.

I deeply benefitted from this sutta discussion on DN15 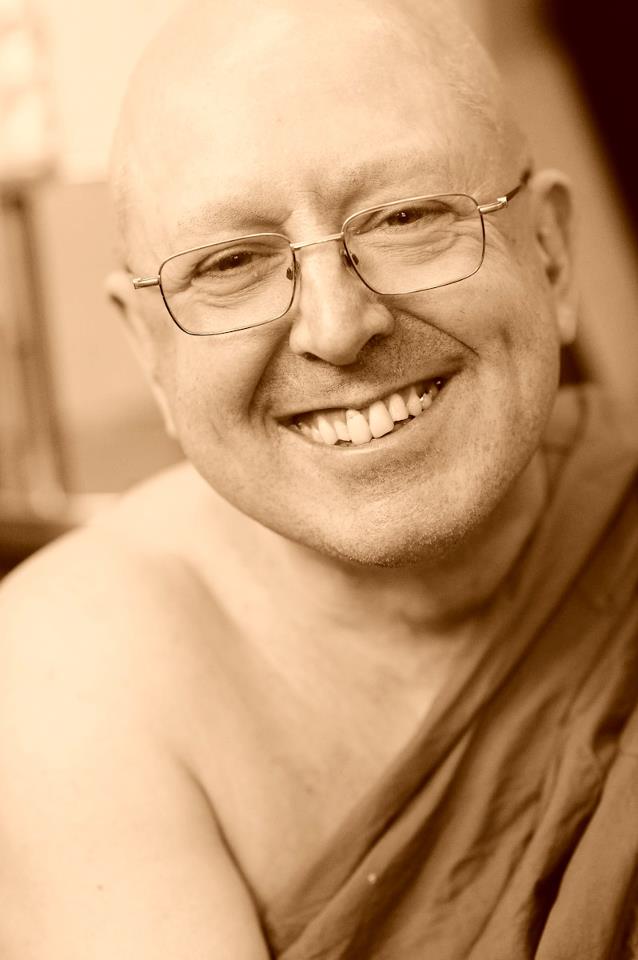 As for being the only Buddhist for miles. You can still progress a lot. There are so many resources out there. I practiced mostly using internet resources for many years as there was no English speaking Theravada community active in my area at the time.

I am drawn to the study of dependent origination as a key to my awakening.

Agree.
If you fully comprehend the dependent origination you will be an Arahant.
I accumulated most of my knowledge from Western Teachers even though I was a Buddhist by birth from Sri Lanka. I manage to access this knowledge by spending time with my virtuals friends in places like Dhamma Wheel and SC.
Anyway, DO is not an easy subject to fathom in its own way. If you are a beginner there is no shortcut, unfortunately. After spending six years approximately 12 hours per day for studying I still feel that I am scratching the surface. This is not to discourage you but to encourage. I came up with the following. It is gradual training.

This is my standard recommendation for beginners:
a)Read Buddhism course. (Take about 12 hours to read and give you a good idea about the teaching)
http://www.urbandharma.org/pdf/PDF_BuddhismCourse/

b)Print a copy of this Dhamma Chart and refer to it while studying Buddhism.
http://www.dhammawheel.com/viewtopic.php?f=13&t=16785

d) While you reading texts please listen to the following Dhamma Talk by Joseph Goldstein.
http://www.dharmaseed.org/teacher/96/talk/6162/

e) Start reading Sutta.
Good starting point would be to read Bikkhu Bodhi’s “In the Buddha’s Word”
Link to the summary:
https://dhammawheel.com/viewtopic.php?f=25&t=14640

Then read Sutta Central. Start from Majjhima Nikaya. https://suttacentral.net/mn
or Listen to the Sutta:
http://audtip.dx.am/tipitaka/mn/mn-eng.html

f) Last but not least practice what you learn.

If Buddhism path is a mountain, then dependent origination resides at the top. If you are like me and most other people, we are still on the bottom. We can hear stories about it, but it is impossible to see it from where we stand. To be able to see it, we need to climb the mountain by practicing virtue, concentration, and wisdom again and again until we arrive at the top.

So my suggestion is not to concern yourself too much with dependent origination, just believe it is there and that it is true. What you should really focus is on the practice of sila (virtue), samadhi (concentration), and panna (knowledge for realities i.e. knowledge of the true nature of the 5 khandhas).

Thanks to all of you. One foot in front of the other. I will use these links.

If Buddhism path is a mountain, then dependent origination resides at the top. If you are like me and most other people, we are still on the bottom.

If you are a beginner there is no shortcut, unfortunately. After spending six years approximately 12 hours per day for studying I still feel that I am scratching the surface.

How does one know that one truly comprehends Dependent Origination? What is the quality of awareness that is present when one comprehends?

How does one know that one truly comprehends Dependent Origination?

I don’t know if this is of the level of truly understanding, but I think to be able to be called having seen it yourself you need to be able to see the arising and destruction of your physical form and mental elements. You see, a being in reality is not a continuous existence. A being is composed of many elements of physical form and mental forms. These elements actually are formed and destructed in a short period, not something that continuously exists for as long as we live. Thus our body right now is not the same as our body 5 minutes ago since our body 5 minutes ago has been destructed and the current physical body is something new constructed from a cause (one of the cause is the our previous actions - kamma). That is why it is said, from a cause it appears, when the cause ends it disappears. And this is the process that need to be observed with wisdom (panna). Being able to mentally see this process is what is called developing panna.

What is the quality of awareness that is present when one comprehends?

Awareness is only one factor that is required. Awareness bring the objects into the mind, concentrations cleans the mind from mental defilements, and wisdom shows the true nature of the objects thus removing our wrong views (avijja) and the attachment it produces (tanha).

Buddhism is more similar to natural science than philosophy. If we want to understand something we need to observe it. The tool that we use is concentration and the objects that we want to understand is our khandhas (physical and mental formations). Thus someone can be a Buddhist philosopher or a Buddhist practitioner. Of course, the latter is the practice that leads to Nibbana.

How does one know that one truly comprehends Dependent Origination?

at is the quality of awareness that is present when one comprehends?

This is a very short answer which requires a detailed explanation.

How does one know that one truly comprehends Dependent Origination? What is the quality of awareness that is present when one comprehends?

These are big questions.

I’m disconnecting from D&D for several days to attend to other things… But I couldn’t do so without responding.

To begin to get a good sense of what an answer to your questions might look like, I recommend a slow approach to figuring things out and a gradual growth in the big picture that Buddhism can offer. I also recommend, aside from EBT suttas, the Sutta Study section on the BSWA Youtube site, any talks on this same site to do with the 8 fold path or meditation and definitely, Ajahn Brahm’s “Word of the Buddha” classes, also on youtube.

Good luck and with metta.

There are several good anthologies (in book form or online, free or commercial) that are particularly nice when starting off and orienting oneself and finding one’s bearings within the suttas and teachings:

), Bhikkhu Bodhi’s series of 10 downloadable introductory lectures “The Buddha’s Teaching As It Is” is very nice, which covers:

For a short concise run-through of the main concepts and ideas associated with Buddhism, probably the best list I’ve seen is here. Unfortunately, this is on a rationalist/skeptic site, but, for the most part, gives a fairly balanced overview and isn’t too hard on Buddhism. It doesn’t pull its punches at a few points (maybe even somewhat deserved at a few points). It’s a good summary list though (though far from as comprehensive as the dhamma concepts chart linked to by SarathW1).

If, at some point, you start reading the suttas themselves, then probably the Majjhima Nikaya (MN), for various reasons, is probably the best place to start. Particularly, at the start, you’ll probably find often yourself being a bit puzzled at one section or another. However, Bhikkhu Bodhi has a whole series of talks on the various MN suttas (part of a course he gave on the MN with a suggested reading-order plan of attack). Nice if you want to have a whole sutta gone into in detail by a real expert with often useful student questions answered at the end also.

On Dependent Arising (DA), it’s probably good to try to get an intellectual understanding of this (though it’s a difficult teaching). However, I suppose the end point is to eventually go beyond intellectual understanding and gain a direct intuitive knowing/insight into DA. The idea is to work the eight-fold path until you get to a stage where that’s possible (where the five negative hindrances have been sufficiently weakened and where morality and the necessary seven positive qualities, the factors of enlightenment, have been sufficiently strengthened). But that’s pretty advanced. A person who has seen directly into DA like that, according the Buddhist teachings, has actually become a stream enterer (the first of four stages of enlightenment). That’s the first taste of nibbana (just a glimpse). The remaining stages, I guess, are then the concrete (and inevitable, according to the teaching, all within seven lives) working out of the implications and consequences of that insight. I suppose that’s roughly where DA fits into the overall big picture.

Again I am humbled by your collective wisdom. I thank you and wish you much happiness…with much metta. I will explore these links with mind and heart. Mucho appreciation.

), Bhikkhu Bodhi’s series of 10 downloadable introductory lectures “The Buddha’s Teaching As It Is” is very nice, which covers:

I started listening to it.
I started with Nibbna.
Yes, it is a wonderful Dhamma talk.

What is the quality of awareness that is present when one comprehends?

Then to Sariputta the wanderer, as he heard this Dhamma exposition, there arose the dustless, stainless Dhamma eye: “Whatever is subject to origination is all subject to cessation.”

Even if just this is the Dhamma,
you have penetrated
to the Sorrowless State [Nibbana]
unseen, overlooked (by us)
for many myriads of aeons.

Sorry, if this isn’t obvious and clear.

Thanks for confusing me. [smile] Namaste