Not to challenge the 5th precept here, but reflection on fine points in finding this:

A new study has found that low levels of alcohol consumption can reduce inflammation and help flush the brain of toxins, including beta amyloid and tau proteins associated with Alzheimer's disease.

1: I find it quite easy to renounce alcohol in general, sensing how it in fact exhibits, though perhaps is valued for, it’s tendency to distort mental function.

And not simply a matter of the 5th-precept proscription… I can distinctly remember in childhood wanting to taste wine or beer because it was so often used by adults, and in doing so finding the taste s/w disgusting. Then later – high-school / college days – participating in the accepted socio-cultural activities of drinking, with the upside of the transient euphoria and the, perhaps more memorable, downside of the horrors of hangover.

Further noting the conditioning to associate drinking wine with meals, beer with partying, and a gradual suppression of the negative aspects of the taste.

Later living several years in Germany (the foregoing all in the USA), drinking beer took on new dimension:
a: the quality, taste etc. being markedly better than American beer (in the time before now popular micro-breweries of much better beers than the more common mass-produced varieties). Germans speak of bier as “fluessiges Brot” (liquid bread); and characterize American beers as “once through a horse”.
b: the integration of drinking into social habit, and especially the art of spacing it out, combining beer with social activities, eating, etc. such that the disgusting side-effects are minimized. For instance, eating high-fat meats or fish is common at beer festivals, the idea being the fat lines the GI tract s/w protecting it from the irritation of the alcohol.

To this day, I will, once a year or so when eating at a German restaurant here in Sunnyvale (California, Silicon Valley area), I will consume a half-liter of “Hefeweisse” (yeasty wheat beer) with the meal, which somehow has no noticeable effect on the mind. (Back in the days visiting Munich, I recall learning from a friend who worked at the BMW headquarters, that Hefeweisse beer is allowed in the lunch-time cafeterias there; as it’s apparently more food-like and doesn’t impair performance, despite having alcohol content comparable to other beer varieties.)

2: Another dimension comes to mind: Wondering what alcohol-use is like in Indian culture – ancient and modern? Specifically how it compares with European (e.g. American) tradition, which distinctly integrates, even s/w glorifies alcohol usage in everyday life.

Interesting bit of side-evidence being the close association of brewing beer and refining alcohol, often “medicinal”, liquors with European Christian monasteries. For instance, the famous Bavarian Kloster Andechs brewery tradition, and its very popular Biergarten. Another example being the liquor called “Bénédictine”. Wikipedia: “… Every bottle of Bénédictine has the initials D.O.M. on the label, which stands for “Deo Optimo Maximo” (“To God, most good, most great”). This abbreviation is commonly used at the beginning of documents of the Benedictine Order as a dedication of their work…”

Btw: The Andechs monastery is run by the Benedictine Order.

you raise some interesting points.
as you say it all revolves around the 5th precept: intoxicants.
i don’t think there is a prohibition if alcohol is used as a medicine, is there?

i enjoyed reading your comments about german beer (swiss beer is not bad either.)
…and Bénédictine well that is definitely medicinal.

…swiss beer is not bad either…

Likewise many English and Irish, and others across Europe.

Years ago TV ads tauting “Fosters is Australian for ‘beer’” were popular in the States, but I can’t recall ever trying it.

…and Bénédictine well that is definitely medicinal.

But, by and large, and lacking the social context, e,g, in Germany, which can make beer-drinking a bit more skillful (kusala), I find 5th-precept application to virtually all alcohol quite practical and doable.

Btw: In my practice and personal usage of classical Chinese medicine, there are several remedies which use alcohol as a medium for extracting the therapeutic ingredients from some plant medicinals; the amounts consumed, though, do not approach the level of intoxication.

I understand the precepts as refraining from acts that will or can lead to heedlessness, - so a spoonful of whisky is not against anything else but my own little hysteria or some others judgement, bless their little heads and tails …

A new study has found that low levels of alcohol consumption can reduce inflammation and help flush the brain of toxins, including beta amyloid and tau proteins associated with Alzheimer’s disease.

Just drink some green tea.
It is cheap and does the same job.
These research are funded by alcohol industry.

@cjmacie you might want to balance that article, off with this one:

I think alcohol is a lot to do with group-think. It’s effects aren’t inherently that pleasant or desirable; more to do with how I think about myself now that I’m drinking this and the company that it brings me in to.

I see it as a matter of propensity? If one doesn’t consume ANY intoxicants under any circumstances, then one is less likely to take any, and so less likely to fall into heedlessness? To state the obvious.
The desire, (for whatever effect alcohol provides), dies through not being fed.
It seems there is an awful lot of wishful eel-wriggling around “the odd drink”

Alcohol. Alcohol. Alcohol.
(The following is my opinion only)
What a slippery slope. We used to hear that marijuana was a “gate-way” drug. This might be true but I think alcohol is the most widely used gateway drug there is. So I think, “oh, I’ll just have a glass of wine with dinner”. Sounds ok. In theory. But then my head would get all turbulent and my thoughts would begin to arise, “did I break the 5th precept?” “Well I’m not really tipsy, so I think I’m ok”. “Oh no, what karma did I generate?” “Should I feel guilty?” And on. And on. And on. Well you know. Pot is legal now. So I’ll eat a thc infused gummy-bear to “calm me down” and to go to sleep. For medicinal purposes.
So we shouldn’t judge experiences as good or bad. They just are. So we should do the same with substances. My job interview is getting me nervous. I’ll take a Xanax. When I hike, (since I’m an old guy), my knees hurt. I know I’ll take a Percocet to be “pro-active” and lessen my arthritis pain. But wait. Not to get rhetorical but for medicinal purposes. So where do we draw the line? I don’t know where you draw the line, but I don’t drink or take drugs that could cause me heedlessness at all. Hence I think I’m following the 5th precept pretty good. I’ve got the first one down good too. But…taking what’s not mine and sex and gossip. I still need some help with those. So if you can drink and have a clear conscience. My hat’s off to ya! I just know what works for me. So the 5th precept is pretty clear to me. BTW: I am addicted to the most popular psychoactive drug in the world: coffee.
And let’s not get started on prescription medication. That is another huge topic of discussion, or maybe we could. Anyways

I am addicted to the most popular psychoactive drug in the world: coffee.

I drink only two coffee a week and one tea a day.
However I do not think coffee or tea have the damaging result like alcohol.

…These research are funded by alcohol industry.

Look before you leap!

See there near the bottom:

The project was sponsored by the Department of Navy, Office of Naval Research award N000141512016 and NIH…

Competing Interests
The authors declare that they have no competing interests.”

On the other hand:

Increasing the Transparency of Conflict of Interest Disclosures in Nutrition...

In this Viewpoint, John Ioannidis argues that nutrition researchers should be required to disclose relevant dietary advocacy, activism, practices, and personal preferences given indirect financial benefits they may realize from offering dietary...

One may recognize the name John Ioannides – reknown for demonstrating that statistical “evidence” is bogus in an overwhelming number of medical research papers.

To paraphrase the Latin: “in matters of taste, arguing is a waste of time”.

“Subtleties” (nuances) in the thread title was the intended discussion.

Unfortunately, as with many topics relating to food, drink, etc. in contemporary internet forums, knee-jerk prejudicial reactions come along for the ride.

No one is asking others not to drink of course. People are owner’s of their kamma. I think the Buddha had compassion for others, which is why he recommended stopping it.

alcohol used in cooking does NOT burn off. Some foods have natural alcohol in them, including very ripe fruits, nutritional yeast products, some desserts, even bread made with yeast (who also die after a happy brief life during bread making). Plus some personal products such as some deodorants, mouthwashes, cold medicines, homeopathic extractions have alcohol.

But I think what the Buddha was talking about was alcohol and other intoxicants, taken for intoxicating effects.

… I am not sure what the Buddha might have thought of chocolate. o.O

(who also die after a happy brief life during bread making)

I just fell head over heels in love over these words, thanks!

I’m sorry, but the Belgians make the finest beers around. As an added bonus, if you look for this label: 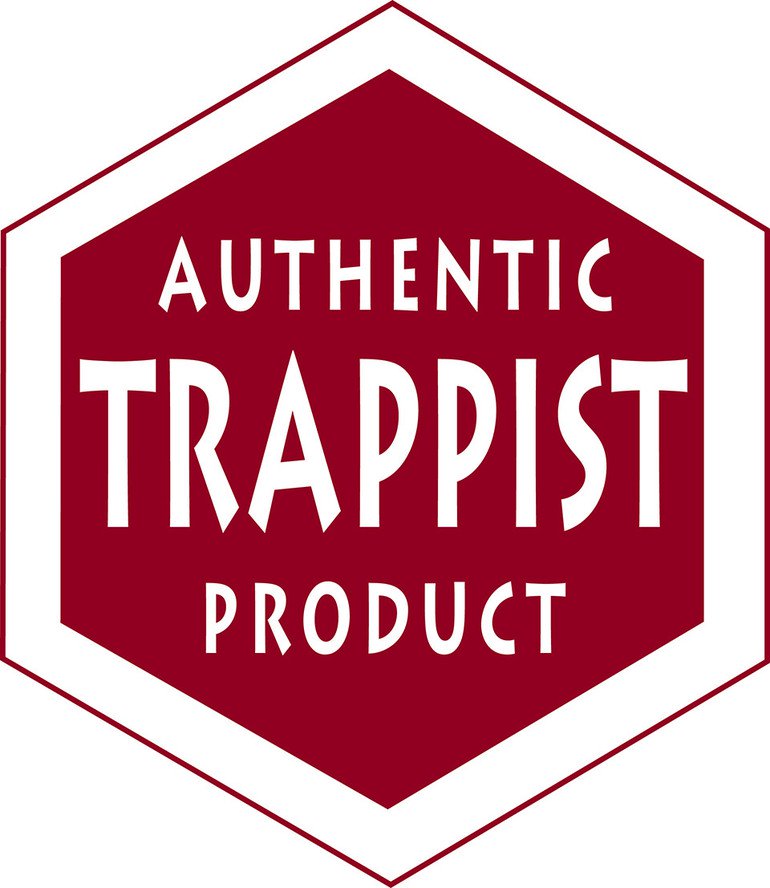 You get a beer officially made by Trappist Monks following Strict Observance (including something like Noble Silence), and the proceeds go towards the maintenance of their monasteries. It’s the closest thing you can get to a “holy” beverage imo.

Of course, for a serious Buddhist, this breaks the fifth precept.

lol Friar Tuck was a Franciscan brother (another Roman Catholic order) and not a very reputable one, in the Robin Hood tales.

There are a number of Roman Catholic monastic orders who chose to make wine, beer or spirits as part of the work they were required to do to support their communities. And others made other things like books, music, and other things.

In contrast, Vinaya does not allow monastics to make things, sell things, or even prepare food, so as to assure the dependency on the rest of Sangha.

I wonder if the mediaeval world of Europe needed alcohol as a pain killer. Many folks had hard and short lives, they did not have the range of pain relief options they have today and they didn’t have opium - like the East. There may have been justifiable reasons for alcohol consumption in premodern Europe even with the dangers involved.

I guess if you had a serious injury or sickness in that era alcohol may have been the only thing around to help you cope with the pain?

The monks may have seen alcohol as playing an important role in helping people when they were in pain and, in helping to soften the impact of a very difficult life.

It’s an interesting story how coffee sobered-up European culture and played an important role in the French Revolution.

ahh yes alcohols were painkillers but more than that, in Europe. From ancient times in Rome, and probably elsewhere, alcohol was used to extract medicinal properties in herbs, plants, even inorganics. But also in any crowded community, water quality was an issue.

Rome had fine water, imported and transported across remarkable distances. But still people drank beer and wine instead of water if they lacked access because river water near cities was foul. This is true for much of the history of Europe.

Additionally, beer and wine were ways to preserve grains and fruits. It was easier to transport or store. And it was a significant nutritional source, at times. It was much less likely to carry disease.