Clear your cache and refresh your browser: SuttaCentral 2021 is here!

We are proud to introduce the latest version of SuttaCentral. With this version, I finally feel that we have accomplished the goal I had in mind when setting out: to create a truly world-class, international site for the early Buddhist texts.

SuttaCentral has now been through five major versions:

SC 2021 brings with it a major set of changes, and I’ll try to summarize them here. Virtually everything has been changed in some way!

The core developers are Hongda, who has built most of the front end, and Blake, who is responsible for our translation app, Bilara. In addition, we engaged our friends in Poland, STXnext, once more, for two separate periods: in mid-2020 to build the text-integrity scripts, and in late 2020-early 2021 to help us complete the new site.

There are too many other helpers to mention all here, but I cannot omit Karl, who has done incredible work on SC Voice and has helped in SC in many ways; Sabbamitta, who in addition to her translation work is a dedicated assistant and tester for both Karl and SC; and Aminah, who managed the legacy texts and much else. Thanks so much to these and the many others who have made it possible.

The first impression: you’ll see a redesigned Home page. We now foreground the Tipitaka itself as the starting point for navigation.

You’ll also see the black bar at the top of the page. On the left are breadcrumbs. On the right are the familiar search and overflow menu. These have both had a nice redesign! You can change the site language from here. This will, as with the old site, make translations in your language appear, and will show the site in your language if it has been translated. We’ve added pretty good support for German, and more languages will be coming soon.

The most critical change for users is the navigation system. Since the 2012 edition we have used some version of expanding menu for the main navigation, but I have grown increasingly dissatisfied with this. It has become apparent that our navigation needs are simply too complex for such a paradigm. I really wanted to introduce translated and root title in the navigation, and it just isn’t a good idea in a conventional menu.

So our navigation is now entirely based on “cards”. This greatly simplifies the overall design. And it means we can add rich contextual information to each step of navigation (or hide that information for users who don’t need it). Typically cards contain:

There is always a loss with change, and the new design means that we can no longer go from one point directly to any other point, as is possible with the sidebar. Nevertheless, the cards and breadcrumbs used together make navigation much clearer, and there is rarely more then a click or two extra to get where you want.

The “suttaplex” is the card that contains the main data for each text, including title, links for text and translation, parallels, and so on. These remain mostly the same, with some styling tweaks; and the underlying code has been rewritten for simplicity.

The familiar and much-loved segmented texts are better than ever. The basic idea is the same, but we have completely rebuilt the system from the ground up.

Buttons are now in the toolbar, with labels for clarity. Texts with headings have a Table of Contents. And the Suttaplex with its parallels can be seen on every text page.

The “views” logo, previously “tools”, opens a horizontally scrollable sheet where you can change how you view the text, for example seeing both root texts and translations. We adopted this UI pattern so that you can see the changes as you make them.

There are now more options, including view options for variant readings, and multiple Pali editions.

We’re particularly proud of the Pali script changer. Using the amazing Aksharamukha, you can now view the Pali in over 80 scripts! This includes Brahmi for the true originalists.

The interface for the Pali lookup is also changed. we use a bottom sheet rather than a tooltip. This is for better accessibility and mobile convenience.

After two years without updates (!) we have added a lot of new content.

For stats nerds, here are some of our current numbers for Tipitaka texts and translations. Numbers are approximate (because counting things is hard):

I’ve been working on website design since our 2012 edition, and I finally feel like I may have a handle on it. The new design is more open and forward; it gives more to the user.

In terms of typography, I have moved away from the Material Design grid-based method to a more traditional typographic approach using relative units. This, I think, gives texts more room to breathe.

We’re also introducing variable fonts, testing the variable Skolar fonts with the foundry, Rosetta. This gives us a lot more control over the appearance of text. You’ll see, for example, that the breadcrumbs and toolbar use a compressed width, which helps prevent overflow on mobile screens.

The back end tech stack remains the same: scripting in Python, ArangoDB for serving data. The front end has been entirely rewritten in LitElement, with careful attention to reducing code bloat. We’ve cut the javascript size by over two-thirds. The app is snappier and better put-together than ever.

But don’t take my word for it. Here’s the latest Lighthouse scores for the Home page:

The most significant change is shifting the segmented texts from the PO translation format to JSON. This system had to be completely built from scratch, but it gives us a flexible and powerful way of relating and combining text. We have built our own translation app, Bilara, which is being used to create a new generation of translations.

In light of the multiple format changes to our source Pali texts, we rigorously tested their integrity to ensure that there were no errors or alterations in transmission. These helped us identify and fix hundreds of small errors in our source files. These tests are now part of our workflow, and they help to ensure that any error, no matter how small, will be picked up and fixed.

There’s a long list of changes here if you’re into details. This mainly covers the work over the last few months. You can always dive deeper into Github to see exactly what we’ve been up to.

Note: I am now clearing this checklist and it only contains issues blocking launch Overview For some months the team has been working...

There are of course some bugs remaining. At a certain point you just have to get it out there! Here are some issues you may notice.

If you see any issues not found here, let us know.

This is not the end! The main plans for the next year include:

Thank you Bhante @sujato for the great work.

Where’s the best place to dump bug reports? If we had previously saved offline, do we have to do anything to upgrade?

If we had previously saved offline, do we have to do anything to upgrade?

Congratulations @karl_lew ! I see Voice is now linked from the main site!!

The front end has been entirely rewritten in LitElement, with careful attention to reducing code bloat. We’ve cut the javascript size by over two-thirds. The app is snappier and better put-together than ever.

That’s the thing that makes the biggest impression (on me at least). The site is lightning fast now, makes huge difference. Congrats!

My PWA updated without an reinstall though.

Congratulations to you Bhante, and to Hongda, Blake, @karl_lew, @sabbamitta and @Aminah for hardwork and courage. And thank you to everyone else involved too.

Sādhu, sādhu, sādhu! This is such an amazing accomplishment for all involved

Thank you very much for the SuttaCentral 2021! The new Tipitaka cards are much less intimidating than the endless sidebar of forbiddingly obscure headings. Now for the first time I can wander the vast halls of the Tipitaka, lost in wonder.

And the performance is

Hooray for Bilara and all the new segmented translations and many more to come!

Excellent work, congratulations to all of you! I look forward to continuing to use this resource long into the future.

The new site looks great! I’m excited to get more work done and added for the Agamas now that we have side-by-side English / Chinese views. For those who are wondering, we decided to launch without my legacy translations, but updated translations and Chinese originals (with punctuation that makes better sense!) are coming soon.

Once my translations appear, feel free to point out typos. And anyone who wants to volunteer as a proofreader is welcome.

Many thanks, Venerable @sujato for SuttaCentral 2021.

I think a picture on the home page captioned as “Palm leaf (ola) manuscript from Sri Lanka” seems to be from Myanmar; (on 180-degree rotating the mirror image) it shows Burmese alphabets (the blue-underlined words in screenshot), the third photo shows all these words: 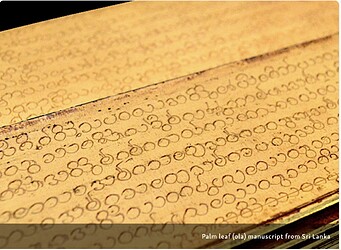 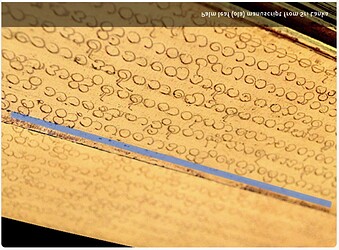 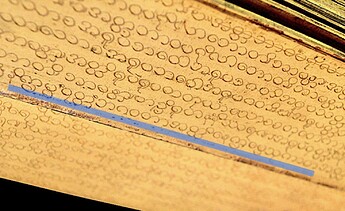 Thanks a lot for the information, Venerable.

On further search, Muzeion Gallery describes it as:

This is a 19th Century Burmese Palm Leaf Pali Prayer Manuscript, referred to as Paysar in Myanmar. This Palm leaf manuscript has had special treatment, the wooden end covers are red lacquered with the edges of the palm leaf pages gilded, the wooden ends of this paysar has also been gilded with gold leaf indicating that it more than likely used by a senior monk in a monastery. These Palm leaf Manuscripts have a hole in each page in which a stick is threaded through to keep the pages together.

Gratitude for this Excellent Work!

Ooh, shiny! Thank you to all those who have and continue to work on SC

This ist wonderful! A huge thank you to everyone involved.

Where can bug reports be issued. The new pwa doesn’t work offline on either of my devices after clearing all data and doing a fresh install.

Charles, your updated translations are indeed live! Anything that is published is on the site.

Your contributions are one of the the most significant bodies of work on the new site. We’re still working on some details, though, the line-by-line view is not there for Chinese yet. Soon!

So good to hear!

“Palm leaf (ola) manuscript from Sri Lanka” seems to be from Myanmar; (on 180-degree rotating the mirror image) it shows Burmese alphabets

I’ll check I have checked the provenance (not everything is as it seems online, but you knew that!). You are quite right, it is Burmese, my mistake.

Many of the manuscripts in Sri Lanka are in Burmese characters. Originally they were brought back from Burma, and subsequently some were copied in that language. That’s why I didn’t think it odd that a manuscript with Burmese characters should be from Sri Lanka. But in this case, it seems I was wrong.

Where can bug reports be issued

I’ll make a separate thread for bugs. Thanks for the report.