After some long and complicated surgery, SC-Voice is back with a new release as SC-Voice 2.0.

SCV-bilara has a completely new search engine based on segmented texts which can handle not only bilingual but also trilingual text segments. SCV-bilara is basically designed for offline use, a feature that will be further developed in the future.

SC-Voice/bilara-data has next to Bhante Sujato’s segmented translations in English also a repository for new segmented German translations by Sabbamitta that will be added as the translation work progresses. So far we have the AN Ones and Twos and the first 50 of the Threes, suttas 1–33 of the 12th Samyutta of the SN, a few suttas spread here and there in the SN and AN, and MN 23 and 33. It’s 144 sutta files altogether (counting sutta ranges like in the AN Ones and Twos as one file).

If you search for the sutta ID of a German sutta that has not yet been newly translated, Voice will play you a legacy translation. If you enter other terms than sutta IDs into the search field only the new segmented translations are searched, just as is the case for English. The same happens when you press “Inspire Me!” oder „Such mir etwas aus!“: You will only get results from segmented texts.

To make Voice even more international, we have still added user interfaces in 10 (TEN!) new languages:

A great THANK YOU for the translation goes to a lot of you—but unfortunately I just learned that D&D only allows me to mention up to 10 users in one post. You are slightly more, so I will make an extra post afterwards, a gratitude post!

For one of the new languages, Portuguese, there is already a voice available so that you can listen to Portuguese legacy suttas if you enter a respective sutta ID. When the new Portuguese segmented translations by @Gabriel_L and @Marco become available you can also listen to those and enjoy all features of Voice in Portuguese language.

For a full list of release items see here.

And maybe this is the point for me to say something about my work on German sutta translations, since for this release it has been going closely hand in hand with the development of Voice.

Why make new German translations in the first place, as the entire canon is basically already covered? And also, unlike many English translations, there are no copyright restrictions; all publishers have been kindly permitting SuttaCentral to host their texts, and for older translations, existing copyrights are already expiring. So why?

There are several reasons:

The biggest hindrance I saw when thinking about it is the fact that I have only a limited knowledge of Pali, and to develop this to a sufficiently high level to be able to really translate a Pali text would take time. I am not that young anymore and also do have some other duties in life, like looking after my parents, so that I won’t be able to translate four Nikayas within 2,5 years as Bhante Sujato did. So I have to choose well how I want to spend the remaining time of y life, and spending a few years on learning Pali would probably not allow me enough time afterwards for the actual translation work. Therefore, I decided to stand on others’ shoulders and use Bhante Sujato’s English translations as my main source, of course informed by the Pali text, and hopefully developing my understanding of it over time.

And now, having somehow become a member of the SC-Voice development team without even the slightest knowledge of website development, this has also influenced me to get started with this work now. Voice wants to go towards internationalization, and for @karl_lew it was a help to develop it with some existing segmented translations in another language than English. He also understands some German, so this was the opportunity to use. At the same time, Karl also helped me a lot with technical features he is building for Voice that make my work so much easier. I guess this has been a very fruitful cooperation for both sides. At least, for me it was!

Well, yes, and for the same reason I also decided to start publishing my suttas as a work in progress. Since I want to make a consistent translation of the canon, there is no point in “finalizing” one sutta, publishing it, and then starting the next. As I go through the canon I see other instances of similar passages to what has already been translated, but in a slightly different context that perhaps requires a somewhat different rendering, and so I am constantly making changes and adaptations to already translated suttas. This basically happens every day.

But since the scope of time this translation will take is rather long, and Voice has to be developed now, when Karl is able to do it, my suttas are in Voice, even unfinalized. They get updated when necessary, so what you hear today may be different tomorrow!

I very much welcome any feedback! I am aware that this is an English-speaking forum, and not everyone understands German; but there are a few German speakers around, and I’d just like to hear how you feel about the translations, as well as concrete suggestions or considerations to a particular passage.

Sometimes I doubt what I am doing: I mean, what can you expect—a person without knowledge of website development working on a project like SC-Voice, and without proper knowledge of Pali undertaking a translation of the Buddhist canon?

Still, I am grateful to be able to do this work, even if in the end of the day nobody will like my translations. It’s such a great way to dive into the suttas, and I very much appreciate it just for this. If others can benefit too—even better!

Prospect for the next release

In our next release we want to tackle some accessibility and UI issues that are all in a way related to each other. We know that speed and voice of some of the English reading voices do work fine for some users, but are rather off-putting for others. We therefore consider some changes there and would like to ask for feedback from you, the D&D users, which voices are most accessible for you (in the broadest sense of the word).

For details see this thread.

The people who helped with user interface translation are:

Your courage, determination and joy in the task, shine through and are an inspiration!

I’m afraid I’m never learned Saarländisch, but when you first mentioned the language I googled it to learn more and found a page of Saarländisch phrases.

Having said that, some of the phrases did have an air of familiarity to them, for when I was a teenage exchange student in Germany my host family were Kölsch-speakers, which I believe is on the same linguistic continuum.

my host family were Kölsch-speakers, which I believe is on the same linguistic continuum

In a way, yes, there are some similarities. But a real old Kölsch speaker still isn’t easy to understand for us. Even in certain regions in Saarland there are substantial differences. There is a linguistic boundary running through the country, the so-called “dat-das-Grenze”. East of that boundary where I grew up we say “das”, and West of it, in the region of Saarlouis for example, they say “dat”, and other strange things… So Saarländisch itself isn’t a uniform language.

SuttaCentral Voice is currently down.

Server rebooted. Not sure what happened.

Thanks to @ERose for reporting.

Thanks, @karl_lew, for fixing. It seems to be back now.

They are immensely engaging, the xkcd of SC, if you will.
Ven. @yodha?

Sure, feel free to use them. I don’t have any website development skills myself, so won’t be of much help…

Anagarika Sabbamitta is away for the holidays and retreat currently, but let’s mull on it for a while and talk in January!

@Aminah, any quick thoughts about the proposal?

@Aminah, any quick thoughts about the proposal?

Much thanks! Nothing immediately springs to mind.

Hmm… I don’t know. And as @karl_lew said, not much time to think about it right now. I have to say I really love the Dhamma doodles, I love them a lot! But are they the right thing to attract the visually disabled in the first place? Would it not be rather something for the SC main site?

I have a feature request!! But out of compassion for all the work the SCV devas are already doing, it’s (hopefully) only a small one!

Suppose that I want to listen to the first five Linked Discourses. I type in SN 1.1-5, click on play, and off I go! But after listening to Crossing the Flood, I’d actually like to meditate for a bit on the sutta instead of immediately continuing to Liberation. Of course, I could simply pause SCV. But I wonder, would it be doable to make a setting so that there is a configurable interval of silence between the suttas? For example, if I choose 2 minutes, then after every sutta there will be two minutes of silence before the next one begins. This way it is possible to do some “sutta meditation”!

Perhaps as an initial feature (which doesn’t require changing the settings menu!), users can simply type SN 1.1-5, s=2:00 in the search field. SuttaCentral Voice will recognize s= as setting the “silence paramter” to some value in hh:mm:ss (hours : minutes : seconds).

I think the “silence feature” would work especially well if and when SCV allows users to make personal sutta playlists.

Thanks for the feature request, Robbie, and also very much for your compassion with the Voice team!

How big or small it would be to implement such a feature I cannot judge, would rather ask @karl_lew for this. What do you think?

BTW: So nice to have a face in my mind now when seeing your posts here on D&D, Robbie!

I’d rather limit the introduction of extra syntax however–it gets arcane quite rapidly. Would it suffice to simply specify the pause between any two suttas? I’ve noticed the “suttas smashed together” oddity in my own listening and very much agree that even a 2 second pause would be fruitful. We could make that a Setting for “Pause between suttas” with a default of 2 seconds configurable up to any number of seconds you wish (but would any choose 3600

Anagarika @Sabbamitta, shall we put this into 2.1? It is a Settings change. I’d say 5 for Estimate. 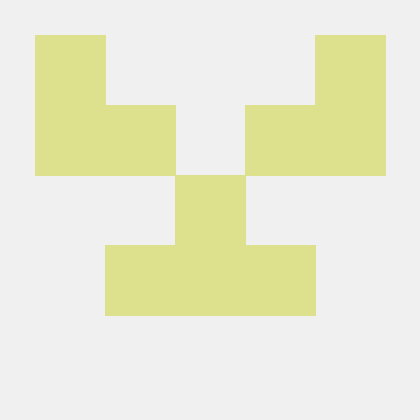 Issue: Add setting for playlists "Pause between suttas" with default 2 sec, and configurable

I think it could go into the “General” section of the settings.