Suttas by email: a new functionality for SuttaCentral?

More than 20 years ago, I used to receive emails with suttas everyday in my mailbox though a yahoogroup. It was a great way to live one’s day with the Buddha’s teachings in mind.

I have searched everywhere on the web and I also tried to implement it with wordpress but to no avail. My computer skills are also insufficient to create it myself. I am sure it would benefit many people in this age of information technology where more people spend their time in front of screens but without orienting their mind in a Buddhist way.

Would you be interested in adding this new functionality to SuttaCentral ?
We could sign up for one or two random suttas everyday.

Pariyatti.org has a resource that might be of interest Daily Words of the Buddha by email. It’s been a long time since I subscribed to it, so unfortunately I don’t remember exactly where they source their “Quotations from the Buddha” but as I recall it was predominantly drawn from the suttas.

Thanks ekay.
I am already a subscriber but it is very short passages (4 lines from Dhp. ot Iti.) and always the same.
It is great but I am looking for some longer or more elaborate suttas.

Having known these two paths of progress and decline, let one so conduct oneself that one’s wisdom may increase.

It’s a great idea. You could do the same thing thru twitter or other social media.

We won’t be building anything like this. But our API is public, so if anyone wants to do it, go for it!

Thanks Ven. Sujato but I 'd rather be independent from Twitter or Facebook. They tend to promote distraction, opinions, small superficial texts rather than mindfulness, among many reasons.
I suppose they contributed to the decline of discussion lists.

Using an API is above my computer knowledge but it is still good to know.

I think you could implement this entirely in Google Sheets.

The basic pipeline would be:

Great ideas. Thank you Bhante!
I wish I were a developer for the 4th step. I am afraid the slightest bug will be too much to handle for my (lack of) programming skills.

But our API is public

Bhante, is there documentation for the API somewhere? I haven’t been able to find it.

is there documentation for the API

No it’s not documented I’m afraid.

Done. I took a look at the requests that a page makes and figured some things out. I added that to the post.

add a Sheet2 with suttas

Figuring out the suttas is the tricky part, unless you are just going to send out all suttas.

I suspect the reason that the pariyatti.org mailings stick to the Dhp and Itv is because it can be difficult to find very short passages that can stand on their own. I’ve often thought that we need to have a collection of passages, possibly sortable by length or topic, that could be served from an API.

@animitto, I’m inclined to recommend that you take up your own daily reading practice, whether with print books or online. There are a bunch of suggestions at readingfaithfully.org. The advantage of doing your own thing is that you aren’t dependent on someone else to decide what you read. And if you used some kind of app that implimented the “Don’t break the chain” technique, then it would be almost as good as getting it in you inbox.

If you did want to create an email service on your own, WordPress would indeed be a no-code option. You would just need to make a post each day (or schedule a bunch), then people could subscribe to get email notifications. Jetpack offers that for free I believe. There are also plugins that are dedicated to doing mailings. if you wanted something fancier. And I believe there are also plugins that would let you re-schedule posts so you could start the whole thing over the next year. If you decide to give it a try again, I’m happy to offer assistance.

Thank you very much Snowbird for your help.
I will try again the wordpress solution over the next weeks.

Call me old fashioned, or just call me old

but I guess it could be implemented by a human being picking a sutta and posting it out every day to a mailing list. People on the mailing list could sign up to be the ‘admin’ (i.e. their turn to pick the suttas and post) for a few months at a time. Then it’s just a matter of collecting email addresses. Might be quite a nice daily practice and build community at the same time?

That’s a possibility I didn’t think of.

Thanks Stu !
I guess I don’t want to worry about if it is always posted or not. A kind of complete reliability through automation. It would be nice if it could build community though and it could be a practice or a way to make merit…
If anyone is interested ?
(I will be on retreat for a week. My lack of reply won’t be a lack of interest.)

OK. So it looks like I may do This Thing.

My plan is to officially launch on Vesak day. If anyone would like to sign up for beta testing, I’d love to get your feedback. Please just send me a DM.

At this point I’m planning on it sending out daily emails as well as posting the sutta to FB. There will, naturally, be an RSS feed. If there are other integrations folks would like, please let me know and I will do my best.

Thanks FractalCitta. There are also random short chosen extracts on the https://suttacentral.net/ homepage with a possibility to click to read the whole sutta.

That which is called ‘mind’ is always changing, like a monkey swinging through the forest.
Read this sutta

And Voice has the famous “Inspire Me” button. This button has a somewhat different way of doing: It doesn’t just give you one Sutta, but it chooses a key term and shows you all Suttas that have this term. In this way it supports “Sutta study by topic” or “Sutta study by keyword”.

You may for example get the search phrase “root of suffering” and all the Suttas that have this phrase. Depending on the setting of search results (you can select between 5 and 50) you will see up to 7 results for “root of suffering”. Then you can compare in which way this has been explained slightly differently in different Suttas.

So it looks like I may do This Thing.

Let me know the deets and I’ll add to to SC Awesome.

Let me know the deets and I’ll add to to SC Awesome. 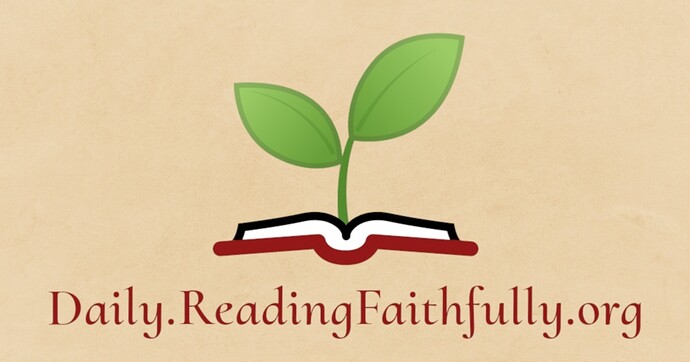 Invite the Buddha into your life every day | Daily ReadingFaithfully

Starting on Vesak day, May 15th, you can get a short sutta delivered to your inbox every day. See some examples of the suttas you will receive. Sign up for free daily suttas by email Of course, we won’t give away your email address to anyone and you...

Despite the lack of interest in this when I made a post about the concept two years ago, since I launched the site 48 hrs ago there have been over 150 people sign up.

A service like this wouldn’t be possible (or would be a lot less good) if it wasn’t for SuttaCentral and all the hard work you and your team have done. Thank you!

7 Likes
Would you sign up for curated daily sutta emails?