I just found out about this translation of the last ten chapters/stories of the Jataka, the Mahānipāta. 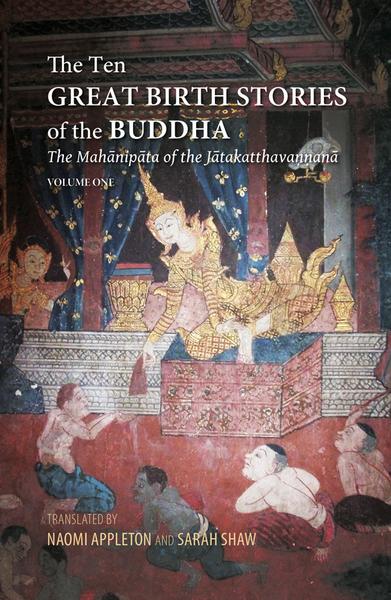 Ten Great Birth Stories of the Buddha, The (Hardcover)

This book is dedicated to H.R.H. Princess Maha Chakri Sirindhorn.﻿ Also available in paperback This is the first complete English translation in over a century of the ten great birth stories that form the Mahānipāta of the...

Sadly, it seems that only the first chapter is available as an ebook, and even the paperback 2 volume set is around $50 usd.

I’ve read the first chapter and it is really readable. The only minor complaint is the jarring use of “dumb” and “cripple”. There are a moderate level of rather brief footnotes

Has anyone read the whole thing?

For those who aren’t aware, the Jataka is organized in a format similar to the Thera and Therigatha where those stories with one verse each come first, followed by those with two, etc. The first story in the Mahānipāta has 120 verses and they only increase till you get to the last story, the Vesantara Jataka with around 784.

The Mahānipāta contains some of the most famous stories in all of Buddhism and those stories in turn make up a large part of Buddhist culture in the form of art, drama, and storytelling.

Here is a thread on one of the authors other books: 'In the Footsteps of the Buddha?: Women and the Bodhisatta Path in Theravada Buddhism' - Appleton

I haven’t seen this particular book, but I’ve been impressed by her other Jātaka- and Avadāna-related research.

Below is a list of my publications on Buddhist and Jain narrative. Pre-print copies of many of the articles can be found on my University of Edinburgh page. Research monographs: Shared Characters i…