With the Kalamas of Kesamutta
In the Russian translation (translator SV), the word “только” (“only”) suddenly appeared from somewhere in “только на основании” (“only on the basis”) , although in three other translations into English + German (I assume in other languages too) there is no this word.

This one word radically changes the meaning of the Buddha’s words. Because of this word, one can understand the words of the Buddha that one must rely not only on the following, but + also on one’s own personal experience. Without the word “only” (as in the other translations listed), the Buddha advises in principle not to rely on all of the following.

As there is certainly no “only” in the Pali, presumably the translator thinks there’s an implied “only” in the text that needs to be made explicit in Russian. But do you happen to know why s/he thinks so?

Hopefully it won’t cause as much tumult as Martin Luther’s notorious insertion of an “only” into his German translation of Romans 3.28. 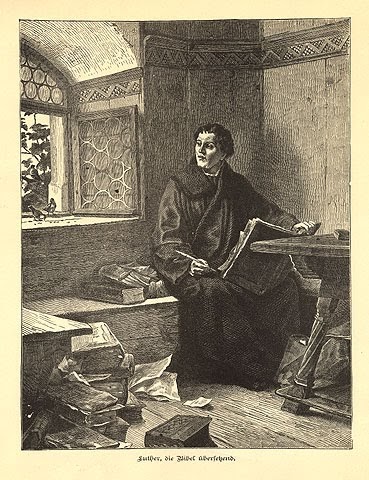 Have you ever been in a discussion in which it was asserted that Martin Luther added words to the Bible? Here Are Some "choice" comments...

Personally, I think the Pali is ambiguous where it says Yadā tumhe, kālāmā, attanāva jāneyyātha ‘When you, Kalāmas, truly know for yourself’. attavāva is attanā + eva and the CPD https://cpd.uni-koeln.de/search?article_id=20282 states that eva is a particle of emphasis, affirmation and restriction. Most translators don’t translate it, although Prof. Richard Gombrich claims that eva should always be translated. I translated it as ‘truly’ in the sense of emphasis and affirmation. However, it could also be translated in the sense of restriction as ‘only’, e.g. ‘Only when you know for yourself’ and this may be what the Russian translation is getting at. This would indeed provide a different nuance.

Personally, I think the Pali is ambiguous where it says Yadā tumhe, kālāmā, attanāva jāneyyātha ‘When you, Kalāmas, truly know for yourself’.

The translator doesn’t use только in his translation of that part of the sutta, but in an earlier part where there isn’t any eva:

Come, Kalamas, don’t accept anything based on oral tradition alone.

Thank you, Bhante. Now I see that your reference to Martin Luther is particularly apposite.