If you keep yourself silent like a broken gong
This is attained: you are Unbound.
No quarrel is found in you.

The other translators seem to ignore the pali word “esa” which feels strong, and emphatic to me. I am not sure if it refers to “patto” [this is attained], or to “nibbānaṃ” [this Unbinding], or if “esa patto nibbānaṃ” is a cluster [this attained unbinding]. I saw in KR Norman’s footnote that “esa si” is idiomatic [you are this?] but can’t figure the idiomatic English meaning.

I’d read all three terms esa, patto*, and nibbānaṁ as nom. sing., and si as a contracted aorist second sing., (asi), and render the line:

This is extinguishment you have attained.

You have attained extinguishment.

It’s not uncommon to omit explicit rendering of pronouns, depending on the idiom. But I do agree, it feels emphatic in this context.

(Please don’t use “Unbinding” for nibbāna! It is based on nothing more than a false etymology from a commentary. The word means “extinguishment” or “quenching”. If you don’t like them, leave it untranslated; or use a less literal rendering like “freedom” or “peace”. Anything but Unbinding!

Thank you Bhante! This is the image we selected for the broken gong. 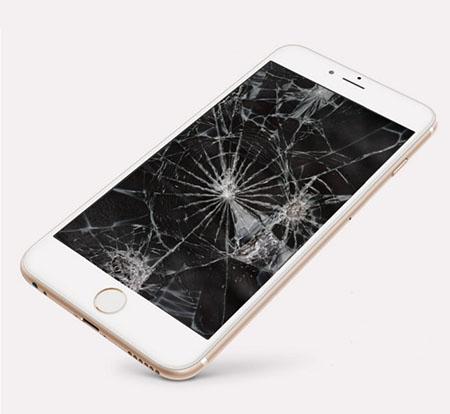 (Please don’t use “Unbinding” for nibbāna! It is based on nothing more than a false etymology from a commentary. The word means “extinguishment” or “quenching”. If you don’t like them, leave it untranslated; or use a less literal rendering like “freedom” or “peace”. Anything but Unbinding!

Are there other pali words also meaning “extinguishment” or “quenching”? That would be my objection to those 2 words as a translation, one wouldn’t be sure if “nibbaana” was what was being referred.

“Nirvana” IMO is a great way to go, since it’s in the English dictionary and by now is pretty common knowledge even among non buddhists that it has a special meaning.

Are there other pali words also meaning “extinguishment” or “quenching”?

one wouldn’t be sure if “nibbaana” was what was being referred.

Sure. But it’s a translation. The point is so that the user understands what the speaker meant, not so that a user can understand what the translated term was. For that, look up the Pali.

Please don’t use “Unbinding” for nibbāna! It is based on nothing more than a false etymology from a commentary. The word means “extinguishment” or “quenching”. 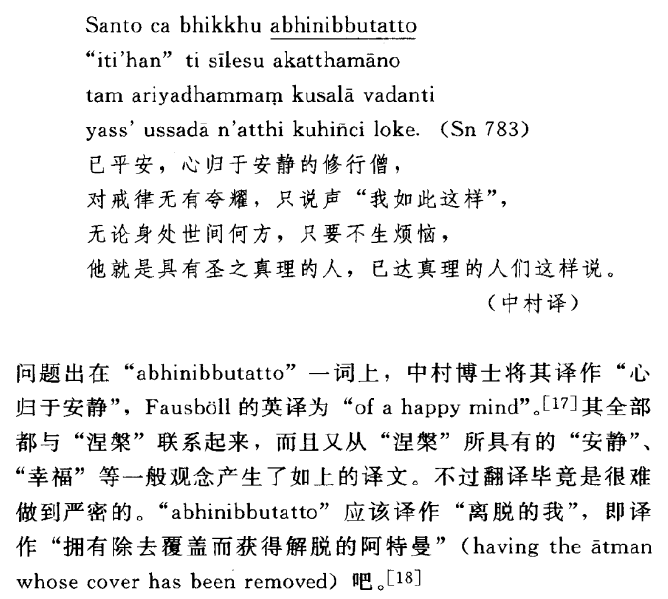 Please don’t use “Unbinding” for nibbāna! It is based on nothing more than a false etymology from a commentary. The word means “extinguishment” or “quenching”.

Matsumoto Shiro: I ultimately oppose to treat “nirvana” as “nir+√￣vā”, and I treat it as a derivative of “nir+√￣vṛ” (to uncover).

Thanks for the feedback! But I’m afraid, that explanation isn’t based on the usage in the early suttas. Matsumoto is an expert on later forms of Buddhism; but my interest is early Buddhism, and that is what concerns us here. No scholar of early Buddhism would cite Fausboll these days. His translation was published in 1881, and we can do much better than that!

In the suttas in general, the imagery and usage clearly shows that the sense of nibbāna or the past participle nibbuta is “quenching, extinguishment”, as is supported by virtually all commentaries and modern scholars. K.R. Norman, regarded as the leading linguist of ancient Indic dialects, always rendered it as “quenching”. This is also the only meaning given in Cone’s Dictionary of Pali, the latest and best authority on the meaning of Pali words.

It’s true that the exact etymology of nibbāna in Pali is a little complex, as it can appear to show a heritage from more than one Sanskrit root. But in usage the meaning is straightforward, as for example one of the classic passages from MN 72:

Since the meaning is well established in the Pali texts themselves, the opinions of Tibetan or other commentators are not really relevant. As you know, they normally relied on much later texts and interpretations, as few of the early texts are available in Tibetan. Commentators and the like are useful when there are no clear contexts that give the meaning; but that’s not the case here.

As a point of method, it’s best to avoid relying on poetry to establish meaning, as words in poetry are frequently used in obscure or unusual ways, or, as here, in ways that do not clarify the meaning. Wherever possible, we establish meaning in clearly defined, straightforward cases, then infer from there to the more obscure contexts.

In the verse in question, the line should be translated something like:

A mendicant is peaceful, quenched inside themselves

It has nothing to do with the ātman as understood in Hinduism.

19.11 “Suppose that fire burning in front of you was extinguished. Would you know:

I think I can add something here, which is even older than MN72:

Dhaniya
Cooked is the evening rice, all milked the kine,
by Mahī’s banks with friends, good cheer is mine,
my house well-thatched, my fire glows bright and still,
and so, rain on O sky, if such thy will!

Buddha
Hatred and barrenness from me are gone,
by Mahī’s banks I bide this night alone,
my house unroofed, my fires in ashes lie:
so, an it liketh thee, rain on O sky!

The meaning of “nibbuto gini” is very clear here, which means “the fire is extinguished”.
Mr. Matsumoto tried hard to proof that “nibbuto gini” meant “fire is uncovered”, but it didn’t make any sense.

I think I can add something here, which is even older than MN72:

Nice context, although the Dhaniya Sutta isn’t older than MN 72. Or at least, there’s no particular reason to think that it is. I’d personally think it’s likely to be about the same age as the Udāna, i.e. a little later than the bulk of the prose suttas. But I haven’t studied it in detail.

That’s true, I have heard his name once or twice, but in general, the Japanese Buddhist world is still pretty isolated. Which is why it’s good to learn what is happening.

It’s curious that his etymology of nibbana/nibbuta as “unbinding” is associated with his proposal of an ātman theory. It’s a little reminiscent of certain western scholars.