Trashed Treasure: Rediscovering Nature at the End of the World

A little photo essay about living at the Monastery at the End of the World, surrounded by the unwanted stuff of people’s lives and thinking about greed and delusion in relation to consumption and environmental damage.

NB photos don’t seem to be loading on mobile so you can click the link below for pretty pictures:
https://lokanta.github.io/2022/03/27/treasured_trash/ 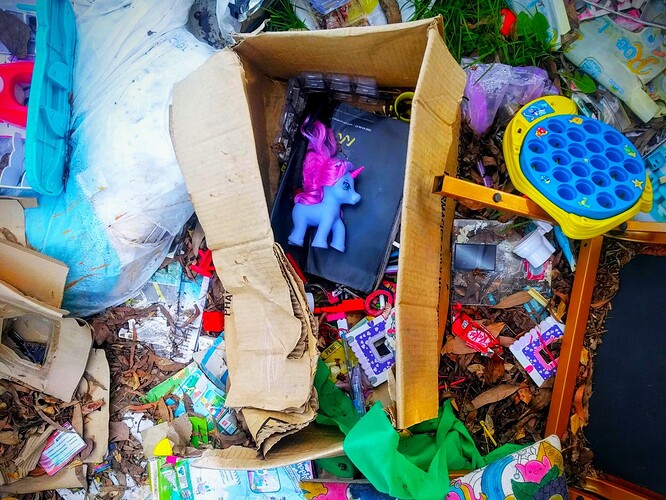 “For the perfect flâneur, for the passionate spectator, it is an immense joy to set up house in the heart of the multitude, amid the ebb and flow of movement, in the midst of the fugitive and the infinite. To be away from home and yet to feel oneself everywhere at home; to see the world, to be at the centre of the world, and yet to remain hidden from the world—impartial natures which the tongue can but clumsily define. The spectator is a prince who everywhere rejoices in his incognito. The lover of life makes the whole world his family.”
Charles Baudelaire, The Painter of Modern Life and Other Essays

Almost every day I go out for a walk in the neighbourhood. I have gotten to know the streets of Harris Park pretty well over the last few years, especially during the long months of covid lockdown when our movements were curtailed to a small radius around the Monastery at the End of the World. I'd go out each day for exercise and to get some fresh air. During that time, even sitting in parks was not allowed but I found some secret spots where I could have a feeling of solitude and where I could hide and sit in meditation; by the side of dingy drain-ways, or under the busy overpass, or behind thick tree trunks on dead end streets.

However, a monk in robes stands out a bit and I am never truly hidden or alone on my walks. Instead, I'm a highly visible member of the local community. So I've met lots of folks out for a walk, who smile and nod, or put their palms together in greeting. People are so kind and lovely here. There's a lady who beeps me from her car and beckons me over to offer whatever she has available; perhaps an apple, or a left over banana from her son's schoolbag. Then there's the old woman who is often gardening in her front yard, who once called me over with a wave of her hand to present me with a bright red amaryllis flower plucked straight from the soil, just for me. There's the people sitting on their verandahs who want to have a conversation about the weather or spirituality, or both. I've seen buildings torn down and new ones go up, with proud new home owners inviting me into their home to give a blessing. I've watched floodwaters rise and fall, and I've seen car accidents, and comforted children who had lost their pets. I love being a part of this community. There are so many treasures in Harris Park. 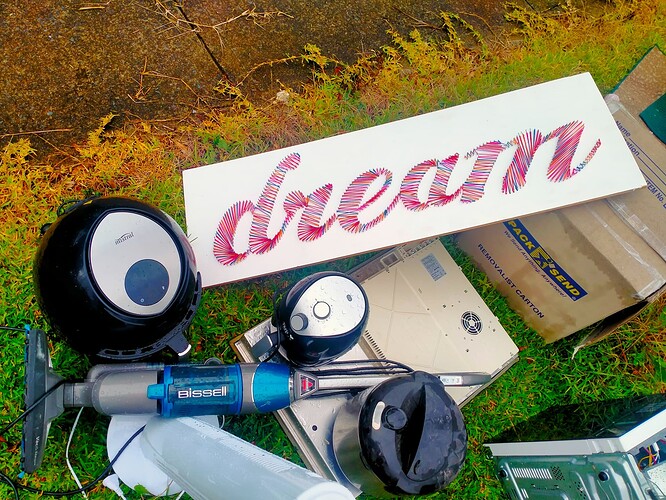 But Harris Park is also full of trash! In an area like this with lots of apartments, there is always lots of stuff thrown out on the side of the road. At the start of covid many people left the area and went back to India when workplaces shut down, abandoning whole apartments onto the street. Then there was the covid clean-outs by people stuck at home with nothing else to do, and occasional council collections. But even before the pandemic there was always stuff dumped on the street. The council comes along and puts yellow tape around it that says "Under Investigation" and then it sits there for a few months with grass growing between the broken plates and mouldy matresses until eventually it disappears.

Monks are allowed to take abandoned items found on the street, if they are needed. Over the years we have collected a few choice pieces, including flower pots, kitchenware, and wicker cubes that we turned into bookshelves. Even the stand for our shrine was found on the street and ceremoniously carried back on Bhante Sujato's head.

Finding old stuff is much better than asking for new stuff. I think the Buddha would appreciate this frugality. But he would certainly condemn the wantonness of our culture's rampant consumerism, which leads to so much stuff being thrown out onto the street, into the dirt and rain. These things were once shiny and new, kept safe inside and regarded as important or precious but in the instant they hit the sidewalk, they are suddenly transformed from treasure to trash. Stuffed toys once loved by children (before they found another favourite, or grew too old for such things) now lie face down in dirt, all those cuddles forgotten. Plates and cups that were once held in warm hands and used everyday for the important task of eating, end up cast away like cold leftovers. Framed artworks that occupied pride of place in someone's home now lie mangled in the gutter. 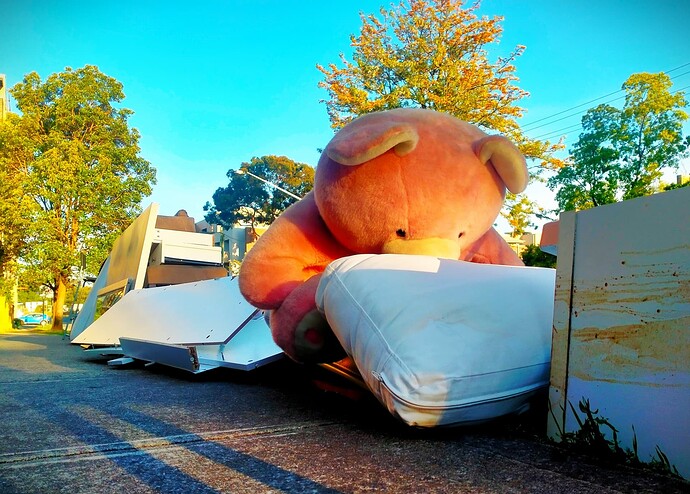 These piles are both treasure and trash. Some of it really is garbage but other stuff is actually quite fine, just unwanted, taking up space, so out it goes. Seeing so much stuff in this little pocket of Harris Park, I feel so overwhelmed at the thought that this is a situation that is repeated over and over again on streets all over the world. As a society we have created entire mountains of garbage. Each of us has contributed to a hill. All of us are responsible for the garbage clogging up our rivers, choking the fish and strangling sea birds. We are all complicit in destroying the our habitat on a global scale. Our greed for shiny new things is the cause of all the environmental damage we see around us on our streets and that we don't see, hidden away beyond our sight. It is a catastrophe of immense proportions that will soon bury us under a tsunami of 'waste' and perhaps we deserve it. Why do we need so much stuff? Getting rid of it is easy, but the hard thing is to stop collecting it in the first place! As Buddhists, we are encouraged to want less, to restrain ourselves from accumulating more and more. The Buddha always recommended the practice of contentment, seeing that it is possible to be happy with a few simple things that are necessary rather than desired. He said that material things and sensual pleasures are impermanent and insubstantial; a cause of suffering. 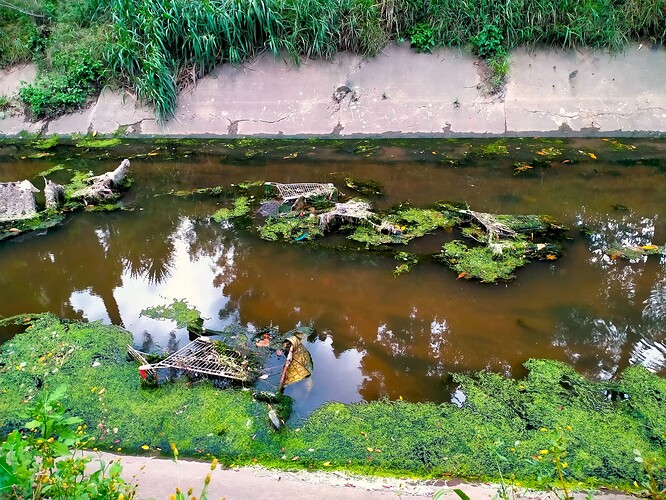 And so my walks around the neighbourhood have become powerful meditations for me, on the nature of craving for material things and identifying with stuff. Seeing all this once treasured stuff lying in the dirt brings up a lot of revulsion in me towards accumulating possessions and identifying with things. The photographs I take on my walks are meant to be instructive and cautionary, yet even in piles of trash there are moments of profound beauty and spiritual meaning that can be appreciated. As practitioners we are supposed to learn from observing nature. It's easy to be all peaceful and romantic as a monk in the pristine environment of the forest, but it takes a bit more spiritual depth to handle the relentless hellscape of late capitalism and still find some equanimity. After all, this is it now—this street filled with chocolate wrappers and broken chairs—this is what nature looks like now.

There are feelings of loss and melancholy in these images, but also resilience. When we have completely destroyed this world, it seems nature will find a way to rebound, and is already pushing back against human encroachment. We too, must find a way to rise out of the trash and become free from suffering, like the lotus rising out of the mud, unsullied and pure. 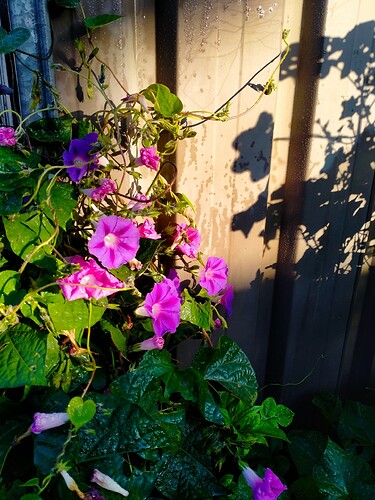 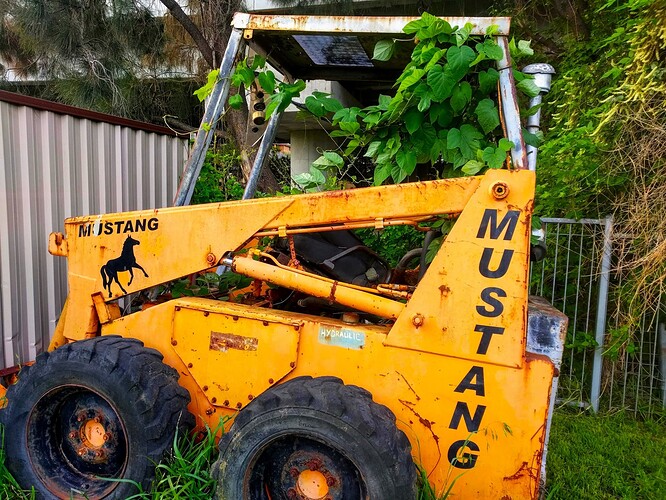 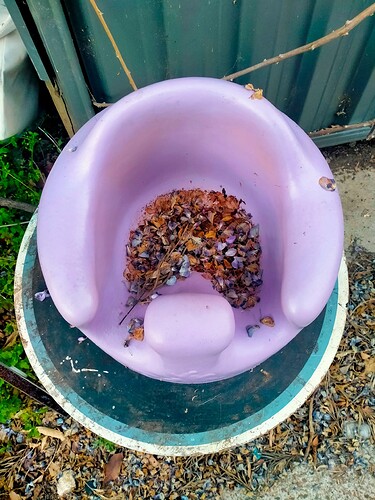 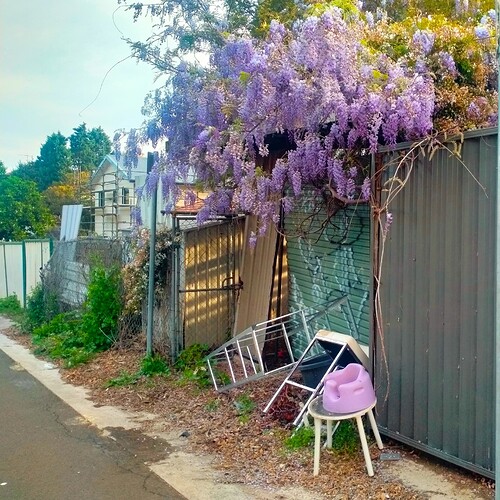 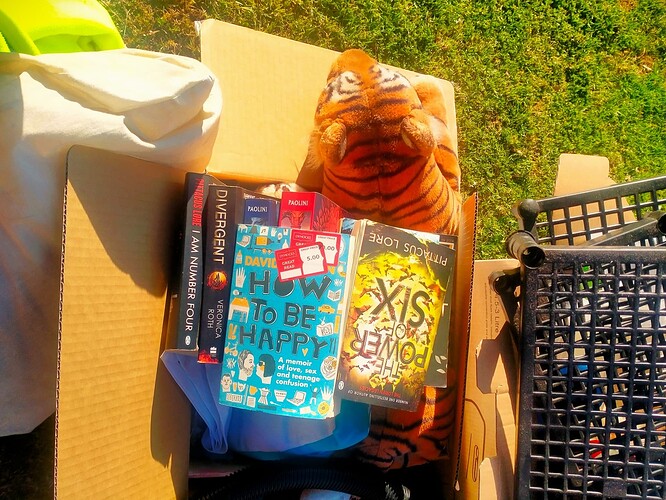 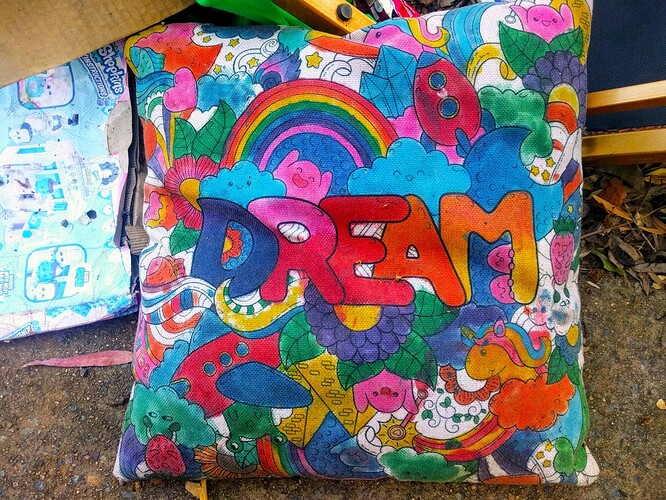 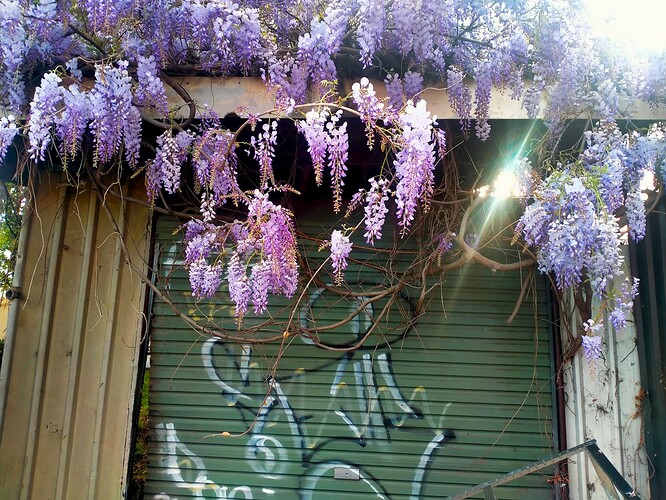 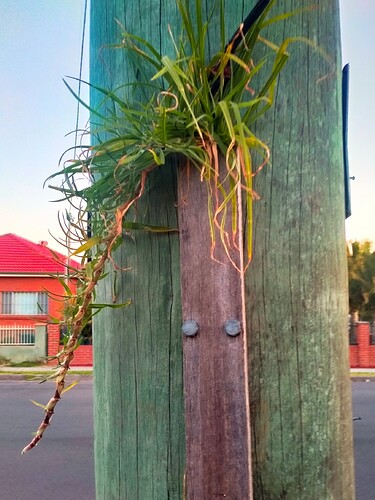 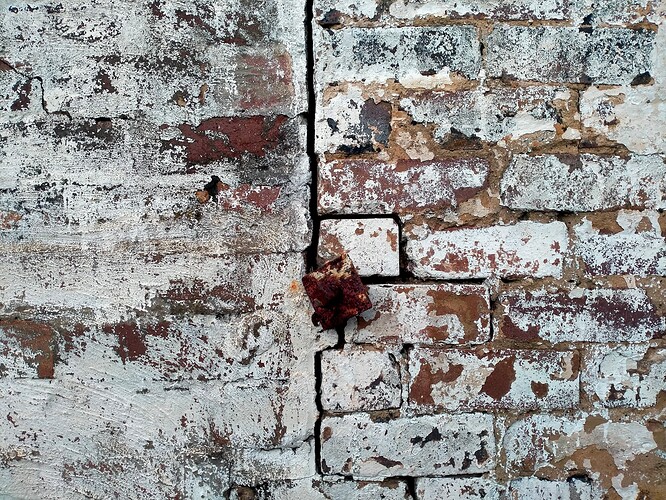 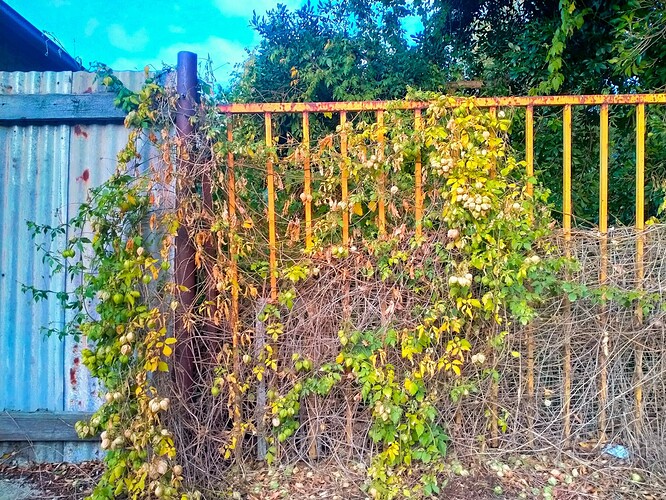 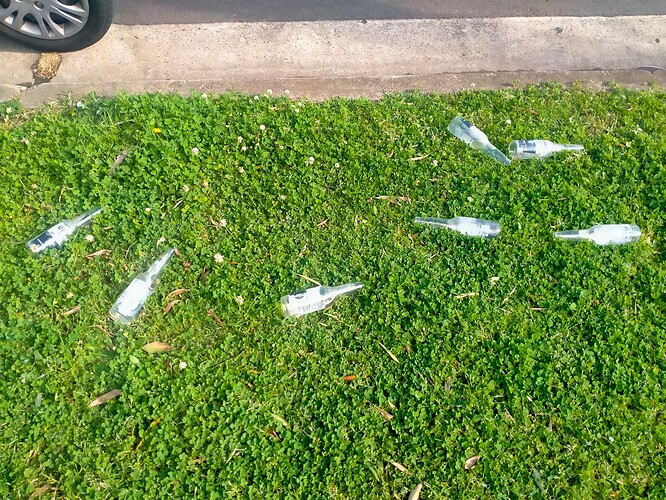 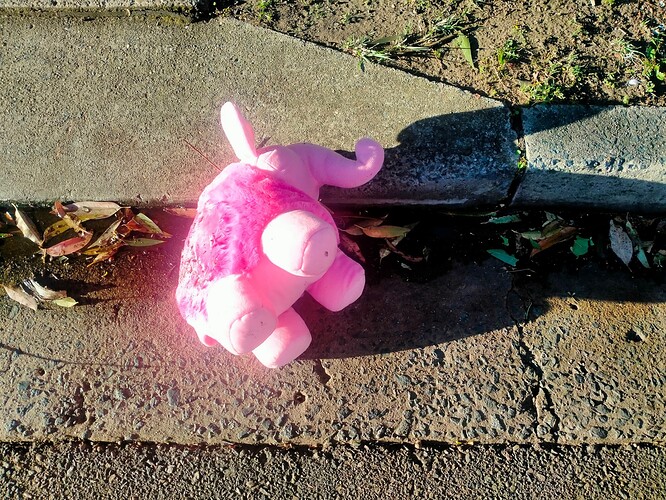 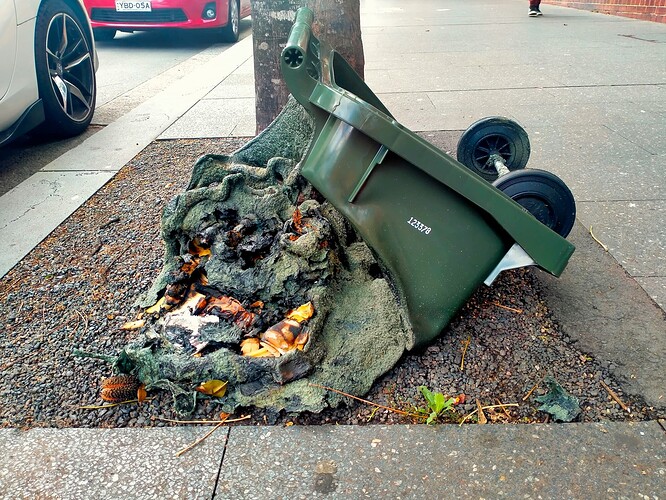 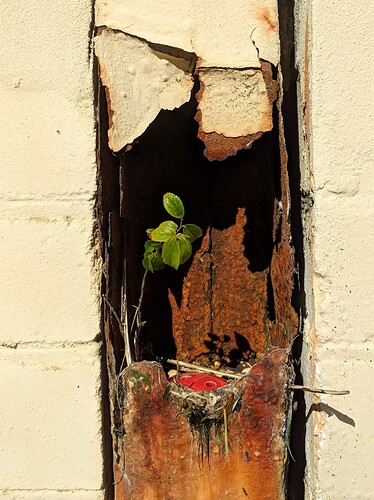 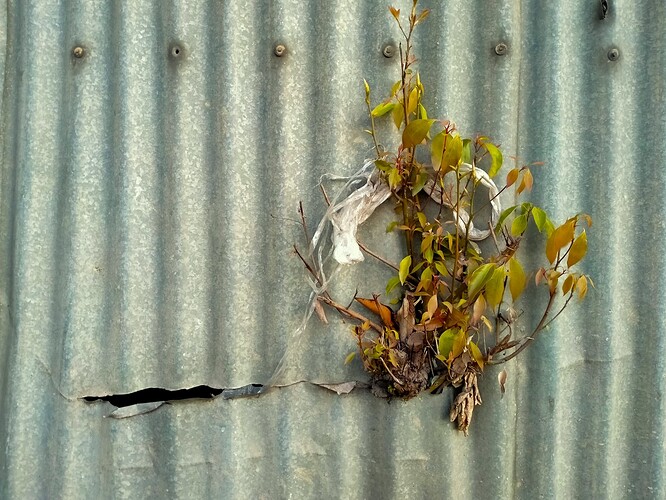 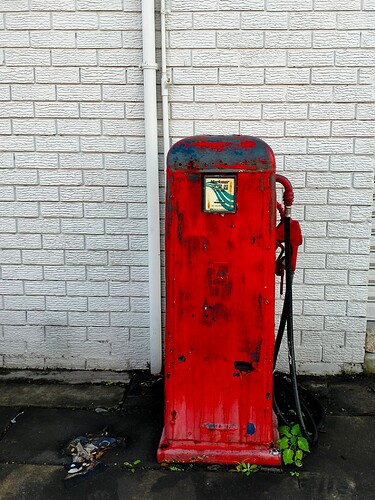 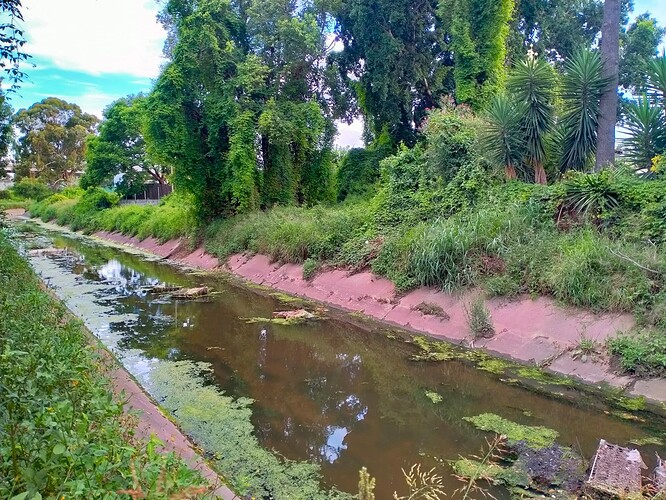 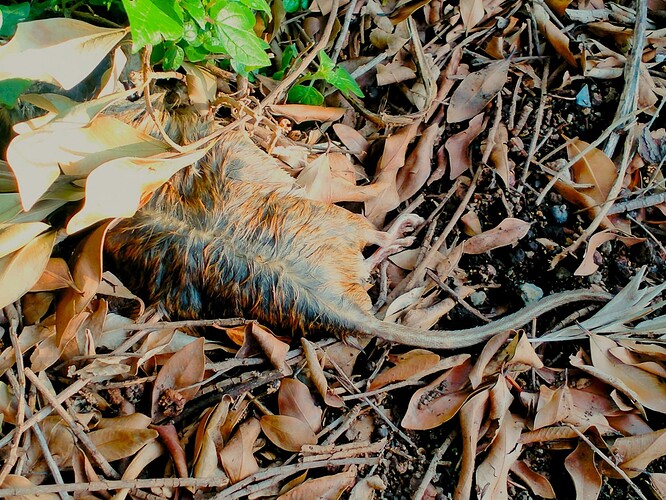 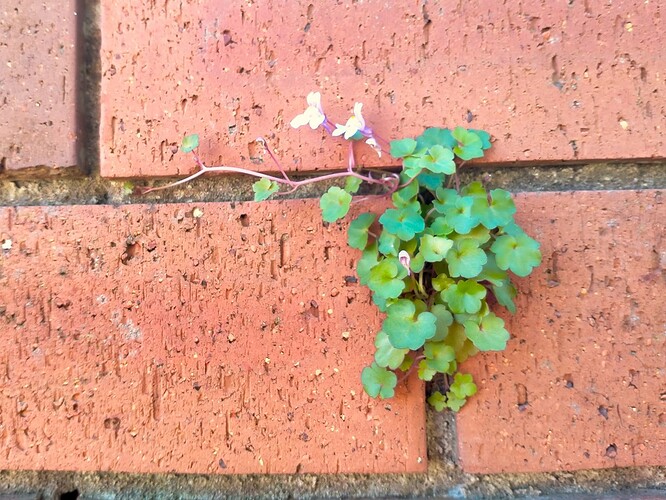 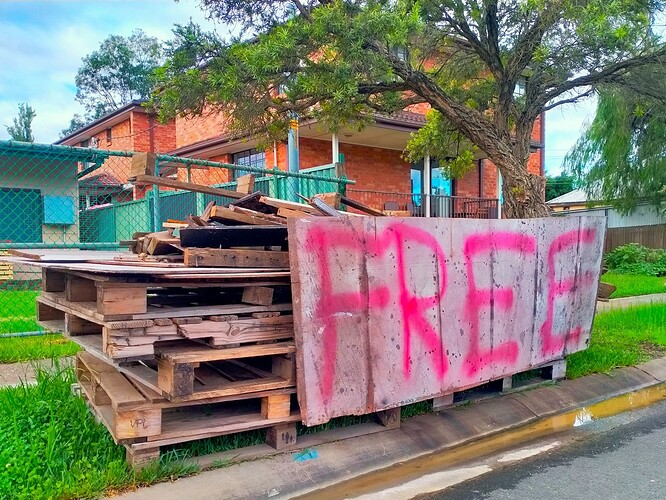 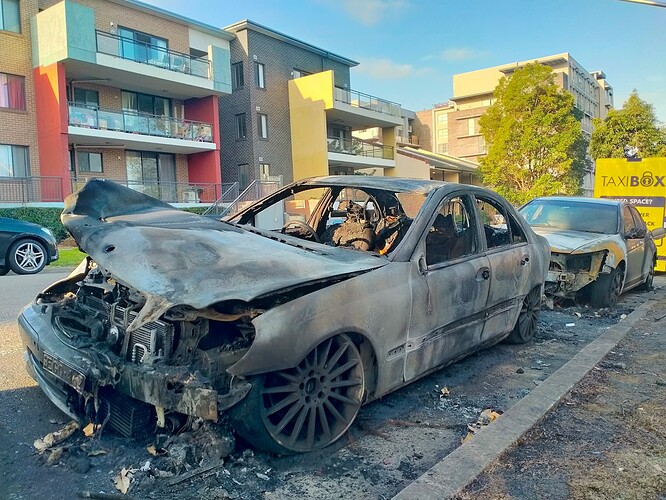 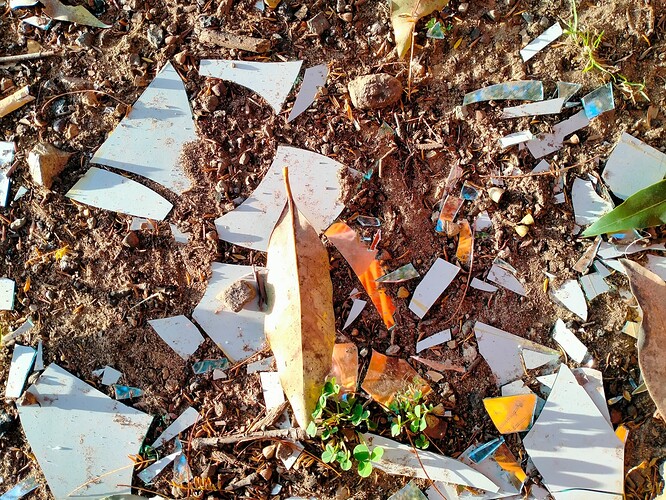 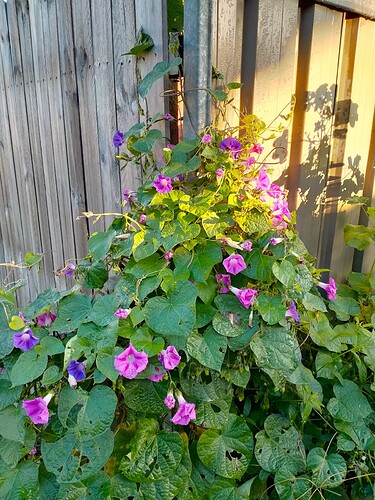 You’re quite a gifted photographer!

Bhante. A topic very close to my heart.

You’re quite a gifted photographer

Aww shucks… I just press the button, it’s the talented trash I work with that makes it look good.

So that’s the drain you were hiding in to meditate? It definitely looks unsalubrious.

Harris Park will miss you when you move on.

When we have completely destroyed this world, it seems nature will find a way to rebound, and is already pushing back against human encroachment.

I think this is a lovely reflection. I guess that it’s only really human encroachment if we consider that humans are not part of nature. But in the bigger picture, all of us animals seem to live off the garbage and remains of previous generations. What was once the treasured bodies of ancient animals and plants (now fossil fuel) has been used to create much of the Thrashed Treasure in your wonderful photos. What will emerge to feed on these Thrashed Treasures? And what treasures will they in their turn produce? And will they have a Buddha to guide them?

When we have completely destroyed this world, it seems nature will find a way to rebound, and is already pushing back against human encroachment.

Lovely photo-essay! This reminds me of a documentary, Life after People. I have only seen the first two episodes and they were quite interesting. Life After People Full Episodes, Video & More | HISTORY
On the other hand, it is a History channel documentary so ……

PS: As a child, I used to bring random discarded things from the neighborhood back home and it used to drive my mom mad!

My reaction to this:

-this is an actual description of my life
-is the Bissell vacuum still there and does it work?
-tell Bhante @sujato to take a shopping trolley next time and not to carry things on his head. That’s what I do.
-“hellscape of late capitalism”

Thank you for a relatable and well-written essay with excellent pictures. I’m sorry that humanity is like this, but like Ayya Dhammananda of Thailand says, you can turn trash into merit.

It looks so beautiful, we should print them and pin them in the community center!

It looks so beautiful, we should print them and pin them in the community center!

Beautiful essay and photos, Bhante. And a wonderful meditation to hold as I go on walks through my neighborhood and town.

The trashed hellscape streets of Harris Park just took a lumbering dead eyed step closer to the End of the World. Looks like I might lose my bet with bhante @sujato about the way the world will end… Seems the zombie apocalypse is already here! 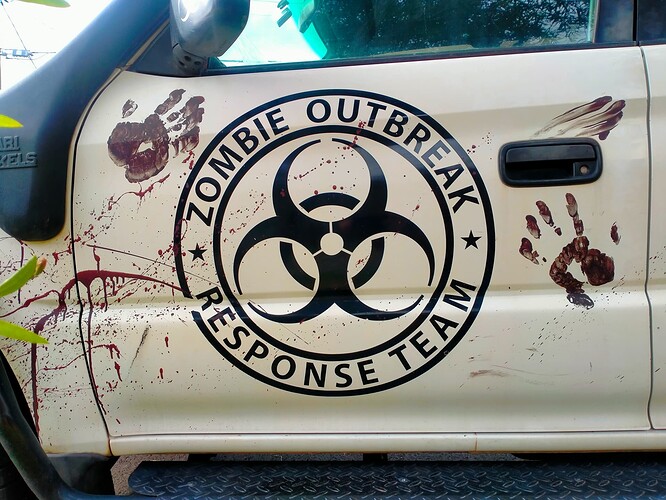 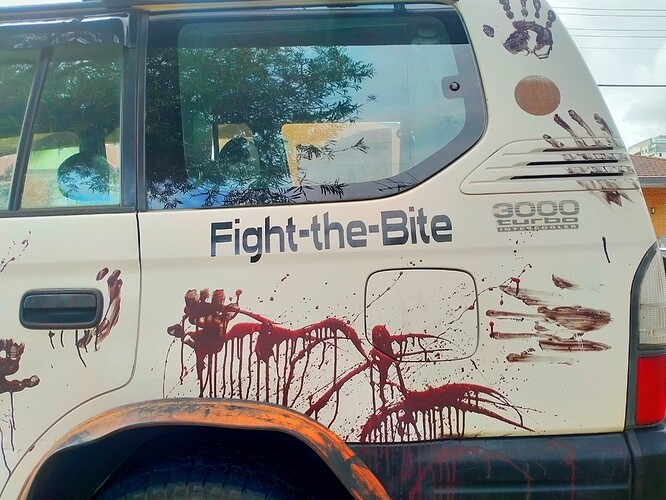 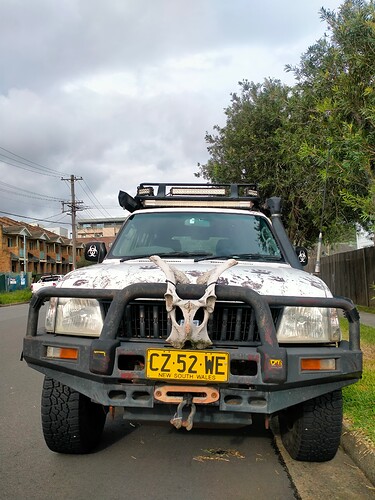 I aspire to this level of dedication!

“It’s easy to be all peaceful and romantic as a monk in the pristine environment of the forest, but it takes a bit more spiritual depth to handle the relentless hellscape of late capitalism and still find some equanimity.” - beautifully written. Thank you for sharing

Thanks @dkw and I see this is your first post, I’m honoured. welcome to the forum!

Numerous resources are here available; hopefully they may be of help along the path.

@Akaliko , thank you Bhante - I am more a silent lurker around here

but I couldn’t resist with this one! I’ll take the opportunity to let you know that the very first writing of yours that really struck a chord is,‘Tears of a Monk’ -

"My heart bursts
at the sorrows
of this world.

I dry my cheeks
with my robe.
I’ll not cry for long."

@Ric - such a warm welcome! thank you kindly Ric

Thank you! It’s so nice to know that someone read it!

Even if it is about me ugly crying