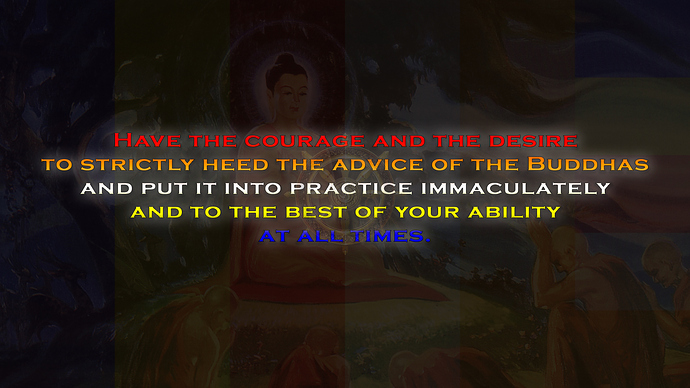 Hi Sumana,
I think it is worth considering contributing to this already existing thread/topic:

I was thinking some time ago about different ways to spread the suttas. It seems to me that the most striking thing in the suttas is the images. The similes and figures of speech have become such an ingrained part of Buddhist, and in some cases, global usage, that I think most people don't know where they come from. And meanwhile, the suttas are seen as dry and uninteresting. So, I thought I'd combine sutta quotes with relevant images in some fun ways. My graphics design skills are extremely p…

Yes, I will do so if the meme I will have created were a sutta quotation, but since this one is not, I did not deem it fit to be in that thread. This one is for non-sutta memes and also for wallpapers.

And of course it is for all to contribute! 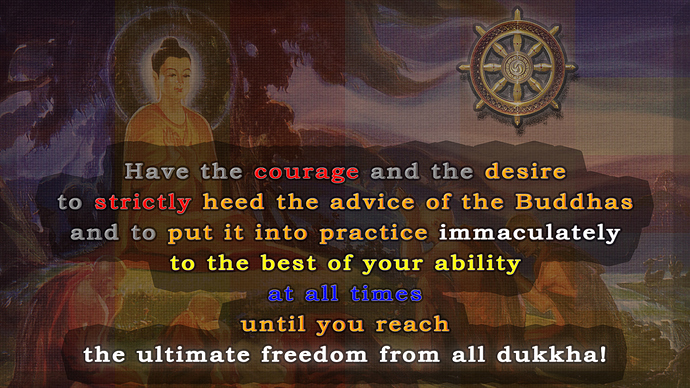 I just finished the final version of this wallpaper. I hope you will like it!

It was great fun making it (in Photoshop), and after many versions, I settled on this one. It has several layers, including the Buddha image, the Dhammacakka, the Buddhist flag, a barely noticeable photo of a dramatic orange sky (intentionally made low opacity), a couple of other layers for greater effect, and the text itself (which I also wrote myself).

I now enter a one-month retreat so will be offline during that time.