Want to buy a therigatha in print good translation

i am attending the therigatha retreat at IMS next month, and although i was disappointed to hear matty weingast’s poems would be used, i thought it would be a good opportunity to have lots of silent meditation

i read ven sujato’s translation, the purple one, but i believe i gave away the copy i had

i leave town in 2 weeks and i’d like to get a copy to take with me. should i settle for caroline rhys davids? i remember sujato did not really like her translations but i dont remember why

We’re working on creating print editions of all my translations, hopefully they will be ready sooner rather than later!

I recommend having her readings for the commentary backstory and poems use B. Sujato’s translation. The old English verses has a lot of strange terminologies and hard to understand stuffs. Many poems makes better sense with the backstory there.

Audible’s version is the one which combines them both. Therigatha by K. R. Norman - translator, C. R.F. Rhys Davids | Audiobook | Audible.com

i’m going to be on a retreat and not supposed to use my phone in my room. not sure if or how that will be enforced, but i’d like to have a print copy on hand 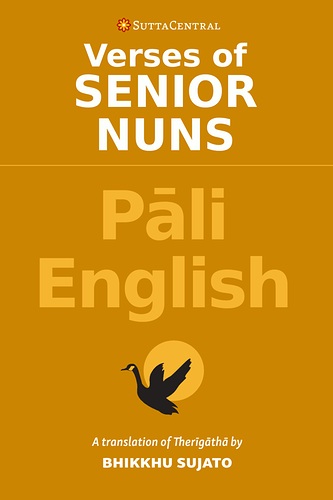 Now you can download an EPUB or Kindle edition of the complete Therīgāthā, the Verses of Senior Nuns, translated into English by Bhikkhu Sujato for Sutta Central in Pali and English. They are available for free distribution. If you find any errors,...

There you will find a pdf you can print. The A4 version would be fine on Letter size. A5is meant to be done as a booklet. Might be able to finesse it onto Letter. They both end up being about 35 sheets of paper. There is also a doc version you can do with as you wish.

Just realized there is an English only version too: 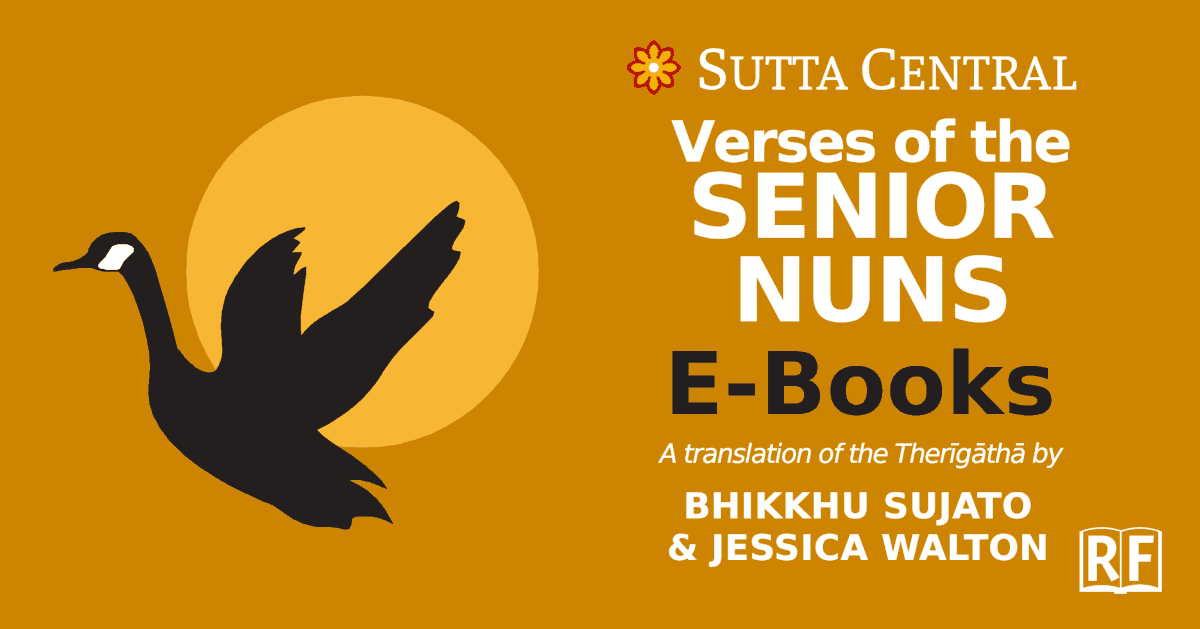 This is also considered to be a good translation: 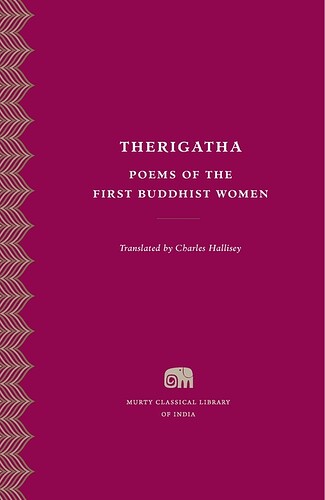 Therīgāthā is a poetry anthology in the Pali language by and about the first Buddhist women. The poems they left behind are arguably among the most ancient examples of women's writing in the world and are unmatched for their quality of personal...

It also has the Pali.

i wanted to update this and say that even tho matty’s re-imagination of the therigatha was used, charles hallisey’s literal translation was also used, and the two were clearly identified as to what they were.

i left a private note for one of the ayyas and she actually read it out loud for all of the retreat-goers; it was my handwritten āṇi sutta about the decline of the teachings thru listening instead to the works of others. even tho i still strongly object to the use of matty weingast i do not consider the ayyas to be heretical, and i actually quite liked them. this coming from someone placing much scrutiny on teachings proposed without direct reference to the suttas.

they also used a translation or two from bhante sujato. @sujato i wanted to let you know this, since you previously voiced very strong objections to matty weingast. they addressed this controversy, not mentioning you by name tho. i thought you might like to know

i printed and took this with me and i read it on my first of two back-to-back retreats. i liked it very much except for the translation as ‘greed’ of two of the five higher fetters. it was extremely sloppy. @sujato bhante you translated craving for form and craving for formless as ‘greed’ and even tho i understand you wish to make accessible the teachings, you need to relent some of your concern over this because it is much more important to preserve the precise meaning and content of the suttas. your translations will become some of the most common of any i suspect, and you obviously take a very broad and confusing approach to some terms. i hope you can accept criticism from various communities regarding this and be more precise and clear with meanings

Thanks for the update!

Sorry to be a broken record about this, but it is wrong to call his translation literal. The notion is constantly pushed by people (not you) trying to normalize non-translations as translations. Hallisey’s is an actual translation.

One might make the argument that KR Norman’s translation is literal, but even that is a stretch.

Call it a non-literal, non-translation and then I’ll be super happy.

Or better yet, a new creation.

If anyone has a different dead horse that needs beating, let me know.

Indeed No shortage of dead horses 'round here!

But I guess that’s kinda the whole thing: just keep that Dhammacakka rolling!

Thanks for the feedback on the retreat, I’m glad you enjoyed it.

I think you’re referring to Thig 6.7:51. The Pali is simply rāga, for which my normal translation is “greed”. Contextually, here it encompasses rūparāga and arūparāga.

But I’m torn as to whether to expand the translation further. On the one hand, yes, the contextual sense is clear, obviously it is referring to these fetters. On the other hand, the poet did not spell things out in full, relying on the reader’s familiarity with the wider context.

In my translation I opted to keep the phrase brief, believing this best conveyed the means used by the poet. I’ll consider it further.

(You don’t have to explain to me about the need for accuracy. If I make a mistake, just tell me. We have a whole thread for that.)

10 posts were split to a new topic: Translation of Saṅkhārā