What are not Early Buddhist Texts (EBTs)?

As far as the Pali Canon goes, is the shorter list the list of texts that are not Early Buddhist Texts?

If so, which ones?

All of the Abhidhamma Pitaka. Some texts in the Kuddhaka Nikaya ( Patisambhidamagga etc). Some parts of the Vinaya. Some suttas in the other Nikayas may be late also.

It’s actually not so easy to list them all. It’s easier to list what is considered an EBT and then the rest is not. For that, see Sujato’s Authenticity or the wiki for EBTs for a short rundown.

The Early Buddhist material in the Pāli Canon mainly consists of the first four Pāli Nikāyas, the Patimokkha (basic list of monastic rules) and other Vinaya material as well as some parts of the Khuddaka Nikāya (mainly Sutta Nipata, Itivuttaka, Dhammapada, Therigatha, Theragatha, and the Udana). 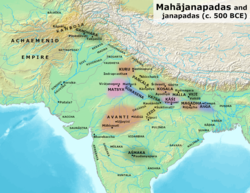 The Pāli Canon of the Theravada school contains the most complete fully extant collection of EBTs in an Indic language which has survived until today. According to the Theravada tradition, after having been passed down orally, it was first written down in the first century BCE in Sri Lanka. While some scholars such as Gregory Schopen are skeptical of the antiquity of the Pali texts, Alexander Wynne notes that:

All of the Abhidhamma Pitaka.

Let us relativise here, according to the Wikipedia article posted above:

In spite of the relative lateness of the Abhidharma works, according to scholars like Erich Frauwallner, there are kernels of early pre-sectarian material in the earliest layer of the Abhidharma literature, such as in the Theravada Vibhanga , the Dharmaskandha of the Sarvastivada, and the Śāriputrābhidharma of the Dharmaguptakaschool. According to Frauwallner’s comparative study, these texts were possibly developed and “constructed from the same material”, mainly early Buddhist doctrinal lists (Pali: mātikā , Sanskrit: mātṛkā ) which forms the “ancient core” of early Abhidharma.[6]

pp. 898-900 in "Ācāriya Buddhaghosa and Master Yinshun 印順 on the Three-aṅga Structure of Early Buddhist Texts”, 2020.
and
pp. 242, 252 in The Fundamental Teachings of Early Buddhism: A Comparative Study Based on the Sūtrāṅga portion of the Pāli Saṃyutta-Nikāya and the Chinese Saṃyuktāgama, 2000.

Yes true, and the same applies to some Mahayana sutras, which contain some EBT content.

Actually, the long Prajnaparamita sutras are like a matrioksa doll, they contain some ebt stuff (like satipatthana material), a mtrka from the *Śāriputrābhidharma and Mahayana stuff.

The Early Buddhist material in the Pāli Canon mainly consists of the first four Pāli Nikāyas, the Patimokkha (basic list of monastic rules) and other Vinaya material as well as some parts of the Khuddaka Nikāya (mainly Sutta Nipata, Itivuttaka, Dhammapada, Therigatha, Theragatha, and the Udana).

Hilariously the actual source of this assertion is our own @sujato and @Brahmali 's Authenticity of the Early Buddhist Texts
which the Wikipedia article cites.

As for inauthentic passages the best resource seems to be:

Some inauthentic passages in the Early Buddhist Texts Reading Guides

This article is collaboratively authored by Bhikkhu Sujato and Bhikkhu Brahmali. It is a work in progress. Those who come to the early Buddhist texts often ask how they are to know what passages can be regarded as authentic or inauthentic. By “authentic” we mean that texts that claim to be spoken by the Buddha or his direct disciples were in fact spoken by them. Authenticity does not imply literal word-for-word identity, but that the substance of the text, and much of the wording, is what it …

Hilariously the actual source of this assertion is our own @sujato and @Brahmali 's Authenticity of the Early Buddhist Texts
which the Wikipedia article cites.

Yes, I made that article back in 2017, and used Authenticity as a major source

Your a treasure @Javier ! I am working my way through your ontology thread too which is great.

Currently, I’ve been thinking a lot about metaphysics and ontology. Bear with me here. I know it is a common view that the Buddha did not have an ontology to speak of. Some suttas speak of various metaphysical questions that are to remain “unanswered” and other suttas speak of how the “world” is just the realm of the ayatanas, and to speak of anything beyond this is problematic. One could say that because of this, the Buddha either remains totally agnostic about ontological questions which ask …