a talk by Bhikkhu Bodhi

This is great, and it also covers

is enlightened. Its not simple to describe enlightenment and impossible for others to judge if someone is enlightened unless they have super knowledge and they themselves are at the level to see it in you or vice versa.

Number 6 in your list is optional. Some people get the fancy enlightenment with the abhinja upgrade, but most opt for the basic package (which just includes the rest of your list hehe)

This is not correct. The sixth and only supermundane abhinna, the extinction of all cankers through penetrating insight, is the only one necessary for the realization of arahatship (MN 36, MN 60, D13). 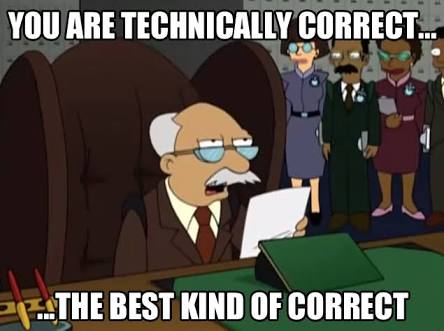 But in his list he said all 6 were necessary, which is not correct. And, technically, that knowledge is synonymous with the “[right] knowledge” he already mentioned in point 1. So there

Has developed the five spiritual faculties and the seven factors of enlightenment. That is there’s no enlightenment without meditation.

The same number of lifetimes, would be much more difficult.

The enobbling task pertaining to cessation of suffering - aka enlightenment - is very clearly stated by the Buddha: verify it for yourself:

It is not consistent with the framework of the four noble truths to debate on personal views of what enlightenment is or not.

I consider to be a bonus that the Buddha apparently gave us hints, similes and analogies - as per recorded in EBTs - of how refreshing and reassuring it was for him to fulfill that ennobling task himself.

Has developed the five spiritual faculties and the seven factors of enlightenment. That is there’s no enlightenment without meditation.

All Agreed, this is already covered in eight mindfulness of noble eight fold path

The yogi experiences pāmojjaṃ, pīti, and passaddhi.
When he is at this samādhi

No. 3 must be most important and others either automatically fall in place or are co-developed

You will need two things,

You will need the words of another and significant inspiration. You can’t go past ‘BSWA youtube’ or ‘BSV dhamma talks’ , that is unless you can spend time with some real sangha or enlightened beings, in which case, optimise your priorities. But hey, why are you asking?
You can see for yourself here and now

Everything taught by The Buddha is in the Noble Eightfold Path, isn’t it?
It is the only path for realization.

Because we have a self and we thought we exist… while the truth doesnt say so, anicca anatta dukkha

Dukkha is to be born, aging and to die, which mean we are caught in time and place dimension

The nibbana is when you dont see that you exist here anymore, the body itself is a bliss , which is called nibbana bliss, and you can experience cessation of existence which is the nibbana without residue
Hope you realize the nibbana soon too

a talk by Bhikkhu Bodhi

This is great, and it also covers

is enlightened. Its not simple to describe enlightenment and impossible for others to judge if someone is enlightened unless they have super knowledge and they themselves are at the level to see it in you or vice versa.

Oh what a topic is this, wonder when buddha would have experience of enlightenment, he would have had a question wait a minute is that real, a delusion, wow and then nothing, its being never heard of before what is this
All he can correlate to is the realization its very profound, beyond concept, and the experience is like the knotted ball of thread, with rushes and reeds unfolding and opening all by itself each knot after another with a realization oh that’s how it is but would have struggled to explain it, just realize it
Probably that’s why he sat for meditation 7 days after to do further investigation

All these questions would have come to buddha. People accept others for something when they see the difference for themselves, how can you should this to someone. Oh what suffering buddha would have to declare himself as enlightened and prove it to others

Where do Enlightened ones exist?
Enlightened ones neither exist in any realms nor not exist as both perspectives here refer to existence and question itself is wrong. Thats what is said
this be comprehended like: Consider a dark meteor, the enlightened ones clean this meteor from defilements, orient it in certain direction and let is fall, free fall. This creates a brilliant radiance lighting up the sky which can be seen across galaxies, which eventually gets smaller and smaller and light goes stronger and more radiant till eventually it disappears, there is nothing left anymore to burn or exist which can be seen by the eyes, we call it shooting star, perfect example for enlightenment.

The Sutta Pitaka classifies the four levels according to the levels’ attainments. In the Sthaviravada and Theravada traditions, which teach that progress in understanding comes all at once, and that ‘insight’ (abhisamaya) does not come ‘gradually’ (successively – anapurva)," this classification is further elaborated, with each of the four levels described as a path to be attained suddenly, followed by the realisation of the fruit of the path.

According to the Theravada exegesis, the process of becoming an Arahat is therefore characterized by four distinct and sudden changes, although in the sutras it says that the path has a gradual development, with gnosis only after a long stretch, just as the ocean has a gradual shelf, a gradual inclination with a sudden drop only after a long stretch. The Mahasanghika had the doctrine of ekaksana-citt, "according to which a Buddha knows everything in a single thought-instant.

Yes I agree with you, though one distinction here is there should be difference between buddha and arhant. Buddha’s are only few, they have 32 marks on the body and they are destined to be buddhas or a Chakravarty samrat(wheel turning monarch) , lot mentioned here DN26

He had the following seven treasures: the wheel, the elephant, the horse, the jewel, the woman, the treasurer, and the counselor as the seventh treasure. He had over a thousand sons who were valiant and heroic, crushing the armies of his enemies. After conquering this land girt by sea, he reigned by principle, without rod or sword.

Arhant doesn’t have to struggle like Buddha or can they as they are capable of enlightenment but not fighting with world over it or convincing the world, its for buddha’s to arrise and make their life easier

Still enlightenment process remains kind of similar for both

Once the the four stage system of noble disciples has been recognized then the progressive severing of the fetters comes into perspective anchoring it in reality:

So this looks like a gradual process which makes sense

Trying to understand how everything fits together

Ignore the details and step on the major stepping stones which are repeated often in the suttas. The main components of the dhamma interact dynamically to result in experience. That is what should be aimed for.

“let him grow in equanimity with mind composed,
check his scruples, how he inclines to doubt.”—Sn 4.16

For example Metta should be put in perspective as a lesser path than insight:

"And the Blessed One said to the monks, “Monks, Sariputta — when there was still more to be done, having established Dhanañjanin the brahman in the inferior Brahma world — has gotten up from his seat and left.”—MN97