Is the Thai Tipitaka available in roman script?

Can anyone provide me an online version of the Thai Tipitaka in roman script ?

Meaning of certain abbreviations in the footnotes of the Suttas
Khemarato.bhikkhu February 23, 2020, 6:47am #2

No but you can use this webapp to convert from the Thai script to whatever script you like:

you can try https://tipitaka.app/
you can download the ‘‘app’’ for offline use
i do not know which tipitaka they use though

It seems they use the VRI text, so this is a Myanmar edition, not Thai.

It would be really nice to have a proper digitized Thai edition in Roman script! To find Thai variant readings, I end up trying to look through scanned images of the Thai editions. It’s slow!

Where can one find the scans online, Bhante?

Found this website, where it is available in Thai script:
https://etipitaka.com/
If somehow it can be converted to roman script, I think it’d be great.

Can anyone provide me an online version of the Thai Tipitaka in roman script ?

I prepared one some years ago from the scanned and OCD’d files produced by the monks at Mahachulalongkorn University. At that time the files had undergone only minimal checking and so won’t really do for any serious work, but may suffice if one merely wishes to make a quick and dirty comparison.

This app you linked to has a romanized Tripitaka in it… Does anyone know a convenient place of variance to check which Tripitaka version it is?

[edit: it seems the Romanized Pali in that app is the Burmese edition and the Thai script is indeed the Thai edition. I checked against the fourth Jhana paragraph in MN111 which has a different reading in each edition.]

I cannot read the Thai on the website, could you paste the link where you are able to find the Romanized Pali ?

I think Ven. Smangalo’s DPR has Thai version although it is offline.
https://pali.sirimangalo.org

Venerable, thanks a lot.

You’re welcomes, fyi, the translation in english of Thai Tipitaka is still in the project but expected about 1-2 years.

Thanks everyone for the helpful replies! I’m still not exactly clear what edition is what and where it is. Can we make a list of:

Of course we’re interested in only digitized versions of Thai editions, not other editions that have been converted to Thai script. That would be really handy.

So far we have:

But we don’t know if these are the same edition or not.

Bhante, in the following link , in paragraph 158, you can find the word parisuddhattā . Here Thanissaro Bhikkhu mentions that parisuddhattā is found in the Thai reading, but in the myanmar version it is passaddhattā. Therefore, it is quite likely this is the Thai edition in roman script. But I am not fully certain of this as of yet. People who have read both the Thai versions and others can confirm.

Greetings @Etsuko and welcome to the forum

If you have any questions or we can be of any assistance just ask or tag @ moderators (no space), or send us a PM

We look forward to your participation

And also this album, which appears to be a second set of images of the same edition, Chulachomklao of Siam Tipitaka 1893: 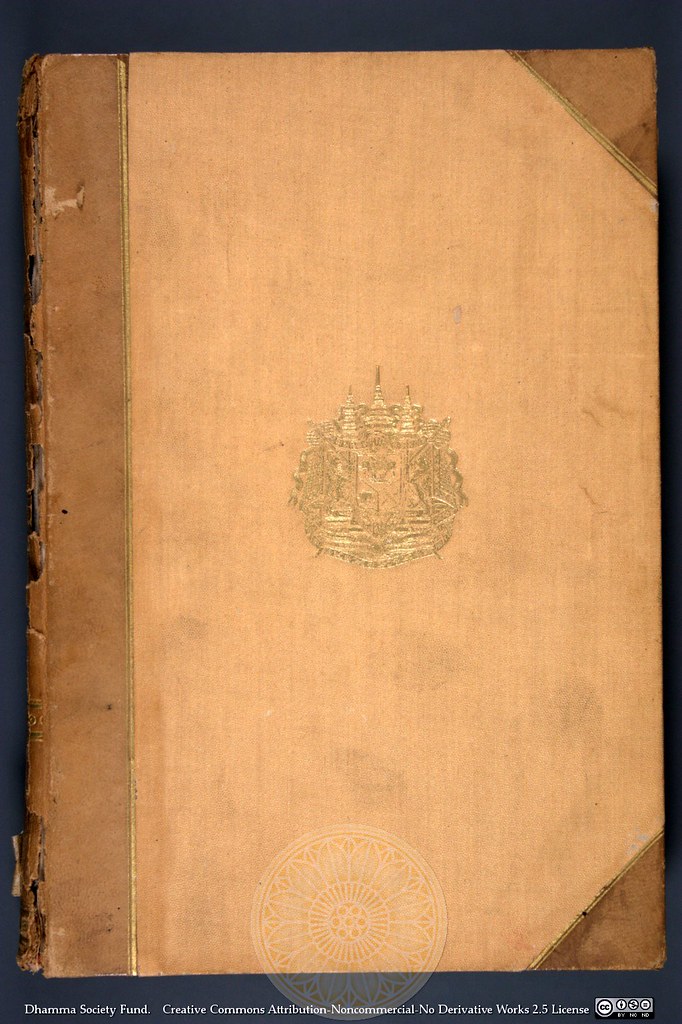 The following notes are of interest. It seems this edition was innovative in both using printing presses and Thai script. I haven’t found any information on their methods or sources though. But the preface is quite long, so perhaps it goes into more details.

This royal preface was printed in 1893 stating the wish of King Chulalongkorn Chulachomklao to preserve and propagate the teaching of the Buddha in the Pāḷi Tipiṭaka for posterity.

Note the type-face in the print was “Siamese script” or Siam script because of its characteristic of the diacritical marks of that period. Also note the Siam’s Coat of Arms. …

In 1893, King Chulalongkorn Chulalongkorn of Siam revolutionised the traditional Buddhist depository convention --the King published the Tipiṭaka in Book-form for the first time. In stead of inscribing the sacred Pāḷi texts by hand in old Khmer script, the King ordered a new edition, totaling 39 volumes, to be printed in modern-typeface of the Siam script.

With the efficiency of printing technology of the day, such as, Western printing machinery and local book-binding in Bangkok, these newly edited sets of Siam-script Tipiṭaka were sent as royal gifts to 260 institutes across five continents in 1896.

Indeed it seems the 84000 is the Thai, but they have footnotes for some (but not all) of the variants: Ma for the Burmese, Po for the Sinhalese, and Yu for … PTS?

I cannot read the Thai on the website, could you paste the link where you are able to find the Romanized Pali ?

I downloaded their iPhone app and saw this in the side bar: 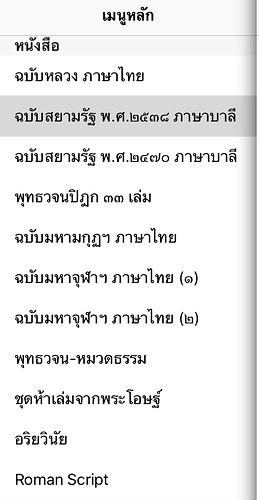 Okay, so it seems there is a digitized text of the Siam Rath edition. Probably this is a 1927 printed edition revised in 1995?