Apparently heavy metal mindfulness is a thing now and on Friday 13th it’s coming for you. 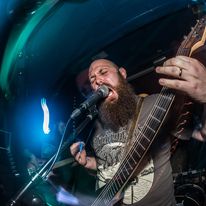 Wellness event by Medibank on Friday, November 13 2020 with 5.8K people interested and 951 people going. 13 posts in the discussion.

From the event description:

Join Liam Frost-Camilleri, vocalist from heavy metal band Fall and Resist and passionate advocate for mental health, and Medibank’s Live Better at Home expert Emily Toner, as they discuss how heavy metal music, and music in general, can be used as a tool to help lift and shift your mood.
This will be followed by a short heavy metal mindfulness experience, so you can see for yourself if metal helps you relax!

So there you go.

“Death metal calms me down,” says Garth…
When most people think of calming, meditative behaviour, they imagine someone sitting cross-legged in silence, or with subtle accompanying music or a mantra. While this works for many, Garth prefers to pop on his headphones, press play on some Stabbing Westward and scream along to the lyrics. He’ll be the first to admit that it’s not everyone’s cup of tea (particularly his partner, Alan’s) but for Garth, the connection with metal runs deep…
(From an article on the organisers website.)

Not sure what to think about this development, but I guess chanting, crystal singing bowls, dolphin music and whale song aren’t for everyone. And maybe the way to silence is through a wall of sound?

I love heavy metal, and every storm has a calm center to them

Not my cup of tea, but speaks to how we are all sooooo different

I think Gillian’s comment from the Heavenly Music thread pertains, since the music video I posted is of someone immersed in playing heavy metal Vivaldi.

This leads me to conclude that it’s not the music itself, but the way we relate/react to the music.

Heavy metal externalizes internal conflict. It’s very dissonance resonates with struggle. Heavy metal is the sound of suffering combined with a fierce desire to overcome that very suffering through action.

There are, however, three other truths. Heavy metal might resonate at first, but silence beckons to peace and an end to suffering. All concerts end in silence.

I’m not sad to be missing this event. … maybe because I can detect enough suffering in the silence?
I wonder how many ordained people would be sad that they’re not allowed to attend?

I wonder how many ordained people would be sad that they’re not allowed to attend?

A monk walks into a heavy metal bar…
“Ouch, that hurt!” 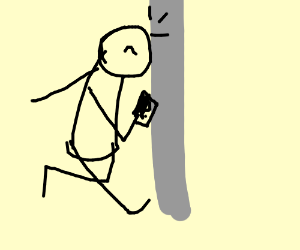 Interesting, so the question would be; Where did it hurt?

Maybe one is physically sensitive to loud sounds, or maybe the sound hits a nerve of one’s own anger, fear, or a combination of both, and then one follows one’s instincts and is fleeing from a simple sound vibration. I would say that this experience is worth digging into because that’s the direct way to reach the bottom, where peace is found.

I remember a talk by Ajahn Sumedho where he elaborates on his way of dealing with rage and anger. There was a certain individual in his community he had to cooperate with. Not sure if he was a layperson or monastic. The fact was he couldn’t ignore him. And before a scheduled meeting with this person, the Ajahn went through some difficulties of getting rid of remorse towards having to talk with him. So he decided to “write his heart out”, and filled 4 pages with all the feelings he had towards this person. After he was done he felt empty and calm, and when he asked himself; What more is there to say about him? The answer came up in his still mind: I love you …

To me, that is Heavy Metal, or could one say Heavy Mental, and the value of dealing with that which is heavy with mindfulness. Yes, some vibrations can stir up some filth, but the filth won’t go away by turning the backside to it. One has to go through all one’s noises to become clean or tuned out.

It’s not the sound that bothers you, it is you who bothers the sounds

Maybe one is physically sensitive to loud sounds, or maybe the sound hits a nerve of one’s own anger, fear, or a combination of both, and then one follows one’s instincts and is fleeing from a simple sound vibration. I would say that this experience is worth digging into because that’s the direct way to reach the bottom, where peace is found.

Or fear of anger that was inflicted on a person when that person was in a vulnerable position?

Is it a bit risky to draw conclusions about other people’s mindstates based on one’s own experience, do you think? There are many ways people can be conditioned.

Actually, I‘ve never considered the idea that heavy metal music is always about anger. … Is that what you are saying?

Or fear of anger that was inflicted on a person when that person was in a vulnerable position?

Maybe, because we are all defenseless 9 months before birth and the first years growing up. And for some, it continues for the rest of their life. It’s hard to look into childhood traumas one knows about, but very hard to get to those being inflicted upon oneself before one became a self-conscious being and developed the senses.

Is it a bit risky to draw conclusions about other people’s mindstates based on one’s own experience, do you think? There are many ways people can be conditioned.

I hope I didn’t come across as drawing conclusions, but merely suggested another viewpoint, and the point is that music can be a skillful means for getting to know and understand one’s own feelings and reactions. But if this was just a question not based on my personal views, I would agree, that one doesn’t know anybody else based on one’s own experiences.

Actually, I‘ve never considered the idea that heavy metal music is always about anger. … Is that what you are saying?

Interesting, so the question would be; Where did it hurt?

I think you may have misconstrued the nature of my post, which was intended merely as a throwaway phonological pun, not a judgment on the merits or otherwise of any genre of music.

When saying the phrase “a heavy metal bar”, depending on which syllables are stressed the meaning may be either, (1) a drinking establishment where heavy metal music is played or (2) a long rigid piece of metal that’s heavy in weight.

But I didn’t see it as a personal something, - I find it interesting that sounds can do so much damage and bliss. We can tear down buildings with sounds, and we can lift the spirit to the heavens. And silence has its own sounds, at least for me. Without silence, music wouldn’t be so interesting.

But when you point out the pun of it, i see it too, very neat Bhante 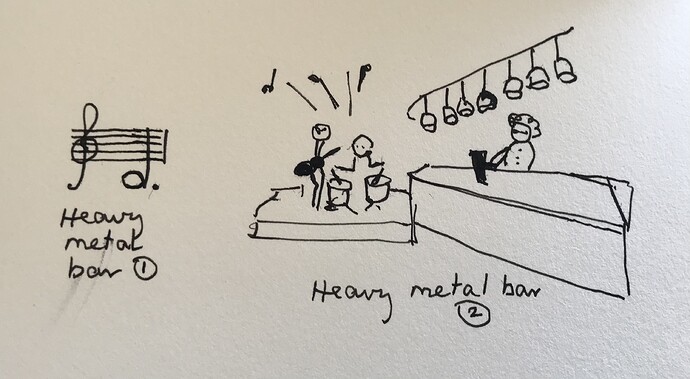 Hah, reminds me of some of the music of Tibetan Buddhism, powerful drones, loud percussion, deep throaty vocals. 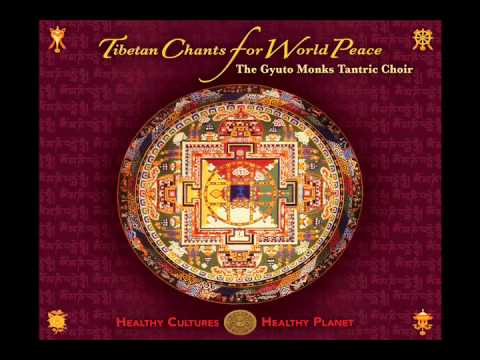 In other words, nothing new under the sun in the Buddhist world!

But it’s got me curious.

You want to stay in that sweet spot between lethargy/sleepiness and anxious/restlessness when meditating–relaxed and alert. It seems like heavy metal music would push you into the anxious energy range. But I remember when I was on a 3-hour flight with a crying baby. At a certain point I went with it and meditated to the sound of the crying baby–so much energy! So it was like riding a wave of energy. But eventually there was a relaxed center, where you could calmly receive the energy without being pushed into anxiousness. I wonder if it is similar with meditating to heavy metal.

Kinda late this evening to try in case it pumps me up for the next 2 hours.

Will have to give it a try tomorrow.

Ajahn Sumedho had been in England for a few years when a letter arrived from Thailand. Even though Luang Por Chah could read and write, he rarely did. In fact, he hardly wrote anything, and he never wrote letters. The message began with a note from a fellow Western monk. It said: “Well, Ajahn Sumedho, you are not going to believe this, but Luang Por decided he wanted to write you a letter, so he asked me to take his dictation.” The message from Ajahn Chah was very brief, and this is what it said:

“Whenever you have feelings of love or hate for anything whatsoever, these will be your aides and partners in building parami. The Buddha-Dhamma is not to be found in moving forwards, nor in moving backwards, nor in standing still. This, Sumedho, is your place of non-abiding.”

Yes, try it out!
I use any kind of music doing free qi-gong. Listen with all of my body and mind, let the sounds and rhythms infuse my being, and then let go into moving stillness. While in that stillness and body moves by itself, I find time to do really nice vipassana. Or I can sit down and in the same state of letting go, listen to the body and what it likes to do to make the body more lean and relaxed. I’ve learned a lot about this body by just listening and be lead by this amazing flesh robot. I can go on with this for hours without feeling tired. The body is energy, and all that surrounds it is energy.
When it comes to the usefulness of heavy music, these kinds of sounds are perfect for inner massage, where I feel drums around the chest area, and synth and guitars swirl up and down the spine, and move the inner/outer structures in circles, bends, and stretches. 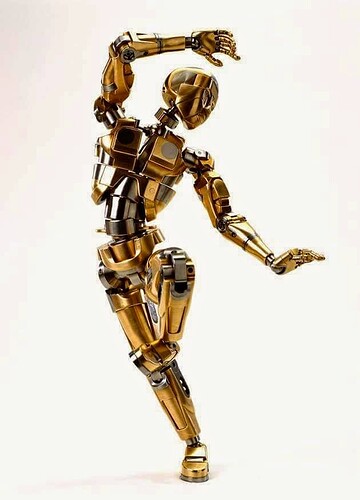 Well that was pretty interesting. Picked a compilation of instrumental heavy metal as I was pretty sure vocals would be too distracting. At first, really amped me up. I could feel the sympathetic nervous system firing away. Noticed my breath was a lot shorter than when I typically meditate, so consciously lengthened my breath. At first I could stay calm on out breaths but noticed energy levels creeping up on in breath. At one point I started to feel a lot of power, but reminded myself I was just an old guy sitting in a straight-backed wood chair wearing headphones–feelings of power were delusion.

Eventually was able to maintain a nice energy level throughout out breath and in breath. I was riding a little high on the sweet spot, which was actually nice as lately I’ve been struggling more with lethargy than restlessness. But then I started to get bored by the limited chord progressions. I realized I wasn’t fully in the moment if I was noticing progressions, so placed attention on listening to the attack, change, and end of each note. The music was fast, so it was really a fun ride, relaxed, hearing each note. I sat with it for about 30 minutes.

I found it a lot more doable than I thought I was going to. I’m not sure I would repeat this particular experiment. I am thinking it would be interesting to try with a Bach fugue.