Metta Sutta and the end of rebirths

On this video ven. Punnaji affirms (min 23 ) that if you pratice the Brahamaviharas you can reach final liberation, does anyone have a reference in the Suttas for this?

1 Like
According to EBTs what is the result of practicing four immeasurable?
Erik_ODonnell September 25, 2016, 11:13am #2

A monk asks the Buddha for ‘the Dhamma in brief’ so that he can go practice it heedfully, ardently and resolutely.

How does the story end for the monk?

He knew: “Birth is ended, the holy life fulfilled, the task done. There is nothing further for the sake of this world.” And thus he became another one of the arahants.

A couple of loose, speculative reflections… 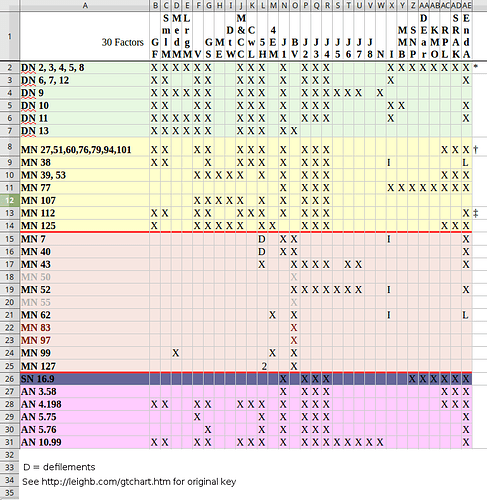 MN7, 40, 43, 52 & 62 at least show that the Brahmaviharas can be part of a route that concludes with liberation. At the same time, the impression I started to get (remember, loose & speculative

) was that the key function being promoted in connection to the practice was the overcoming of hostility and ill-will (although, if there is any stability in this idea, and if it is then coupled with the fetters/samyojana construct, and if that construct was understood as being sequential then the destruction of ill-will sould result in a person becoming “one due to reappear spontaneously [in the Pure Abodes] and there attain final Nibbāna without ever returning from that world”, MN64).

What stood out from the other suttas (setting aside 2 which had… ‘atypical narrative arrangements’) is that they seem to indicate that principally, Brahmavihara practice leads to the Deva realms, and MN83 & 97 appear to me to adopt a fairly disparaging tone towards the Brahmaviharas.

Either way, I’m a card-carrying member of the Brahmavihara fan club.

what do grey and red colors of items stand for and the number 2 in the slot L25 ?

"Then again, a monk keeps pervading the first direction[2] with an awareness imbued with good will, likewise the second, likewise the third, likewise the fourth. Thus above, below, & all around, everywhere, in its entirety, he keeps pervading the all-encompassing cosmos with an awareness imbued with good will — abundant, expansive, immeasurable, without hostility, without ill will. He reflects on this and discerns, ‘This awareness-release through good will is fabricated & intended. Now whatever is fabricated & intended is inconstant & subject to cessation.’ Staying right there, he reaches the ending of the mental fermentations. Or, if not, then — through this very Dhamma-passion, this Dhamma-delight, and from the total wasting away of the first five Fetters — he is due to be reborn [in the Pure Abodes], there to be totally unbound, never again to return from that world.

Either way, I’m a card-carrying member of the Brahmavihara fan club.

Me, too. Great post, @Aminah. I’ve always felt that the Brahmaviharas are critical to practice, to Jhanas cultivation, and yet do not get as much play on the Buddhist “playlist” as they should.

Brahmaviharas are doubtlessly a safe bet. At least, in the"worst case", one is boosting up his cultivation of right thought, which is 2/3 made up of loving kindness and compassion.

Staying right there, he reaches the ending of the mental fermentations.

This is an interesting text as it basically says that after the brahmaviharas, even after the first jhana, realization of nibbana is possible. We have the same expression in AN 9.36.

It’s important though that it’s not the jhana, not the brahmavihara that makes this happen. They serve as necessary but not sufficient conditions. They are followed by:

AN 9.36 / MN 64: “He considers whatever phenomena exist there pertaining to form, feeling, perception, volitional activities, and consciousness as impermanent, suffering, an illness, a boil, a dart, misery, affliction, alien, disintegrating, empty, and non-self. He turns his mind away from those phenomena and directs it to the deathless element thus: ‘This is peaceful, this is sublime,…”

SN 12.23 highlights these necessary conditions: samadhi --> knowledge and vision of things as they really are --> revulsion --> dispassion --> liberation --> knowledge of destruction

I guess that all these are included in the passages from AN and MN, without appearing as technical as the SN

ATI has PTS edition of the Tipitaka published, whereas SC has Mahasangiti, which diverge in numbering

Dear Friends, you might find this essay by Dhammadinna Bhikkuni on Appamanas aka Brahmaviharas in EB interesting

you’ll find this practice is being discussed in the context of the ariya disciple’s further training towards liberation.

Thanks, it’s a very interesting article that goes into several topics like brahmaviharas, intention, and karma. The author is very precise (which I am grateful for), but since it’s an academic article it’s also not a fun read. I liked the following paragraphs on p.104:

“As far as the meditative mechanisms are concerned, as all mental states, the appamāṇas entail a process that includes concepts (in the sense of conceptual identifications, saññā) that develop into fully formed conscious experiences (viññāṇa). The appamāṇa radiation is essentially a tranquillity-type meditation exercise that relies, however, on a certain degree of mindfulness directed to the body and to the presence/absence of hindrances, which is necessary in order to be-come aware of the impediments to the meditative radiation.
The appamāṇa radiation can be employed for subsequent progression of insight, either by way of reviewing the concentration attainment with insight into the three characteristics of the conditioned, or else, instead of proceeding to absorption, by way of developing liberation of the mind through benevolence etc.”

Also p.113 f
"…based on a right understanding of causality that is both the premise for and the result of the gradual training, the movement of identification with and appropriation of a self is all the while depotentiated by genuine appamāṇa [i.e. brahmavihara] practice."

I’ve always felt that the Brahmaviharas are critical to practice,

Yup!!! Along a rather deviant line, I lean towards the notion that the work required is sufficiently punishing to render it impossible without the Brahmaviharas.

At least, in the"worst case", one is boosting up his cultivation of right thought,

I’m especially fond of how Ayya Khema frames the Brahmaviharas around right effort.

Only one mention of the gradual training in the SN?

Only one mention of the gradual training in the SN?

Presuming this is in reference to Leigh Brasington’s chart, I’m not at all sure that his list of 32 suttas is presented as exhaustive.

I’m not at all sure that his list of 32 suttas is presented as exhaustive.

Some aspects of gradual development were collected in this thread:

Just now I discovered that this is a follow-up to Normal sequence leading to samādhi by @llt ... We have a classic set of 'meditation methods', the satis (e.g. anapanassati, maranasati), the sannas (e.g. asubhasanna, aniccasanna), the brahmaviharas. But which practices actually lead to Samadhi? I was scanning the pali canon, choosing the term samādhiyati (a passive form, 'samadhi-ied'). In most cases we have a stereotypical set where a practice conditions pāmojja/ pāmujja (delight), then pīti, …

But, these conditionality chains are not called “gradual path” or “gradual training” in the SN, as far as I can tell. Even in the AN it’s not quite the same as what can be found in the MN; most references are to the general fact that progress is gradual without setting out detailed stages.

Hello Aminah,
I too am a fan of the Brahmaviharas. It is by far the most recommended practice in the suttas. As for MN 83 and 97, I think these show that the Brahmavihara meditation taken out of the context of the Noble Eightfold Path, results in attainment of the heavenly realms. For his followers, Gotama Buddha put the Brahamviharas firmly within the context of the Noble Eightfold Path, and when practiced in this way, the meditation leads to liberation.
However, in the highest jhana, the object of meditation becomes mind itself. This is also true if the object of meditation is anapana, so Brahamavihara is no lesser in this way, only the same as any other object of meditation. This observing of mind itself can only happen with the attainment of equanimity.
peace and metta,
mark johnson

Thank you SO much for your reply! Your reflection makes such a great deal of sense and really brought a smile to my face. Again my thanks.

Hi Aminah,
I am very happy that my reflections resonated with you. and especially for the smile! I could feel the Loving kindness emanating!
There is an instance in the suttas where some monks come to the Buddha and relate that the ascetics from other sects are asking what is so special about the Brahmavihara practice. After all, they also have the same practice. The Buddha basically answers that it is due to the practice being placed in the context of the Noble Eightfold Path that makes it effective for attaining Nibbana.
One way in which the Brahmavihara meditation is part of the Noble Eightfold Path is when it is seamlessly integrated with satipatthana. I think AN 8.63 (BB trans. page 1205 “In Brief” , PTS IV 300) points to this integration of the practices.
With the feeling of Loving Kindness, etc. as our object of meditation, if we are open, relaxed, and alert, our good friends the hindrances will show up and show us exactly where we are attached. If we neither push them away nor embrace and feed them, they will eventually lose their power, fade away, and our mental formations which keep us on the wheel of samsara will weaken and begin to disintegrate.
All the while, we are smiling and spreading good energy to ourselves and others.
The perfect practice. The Buddha explained how to do it, we just have to do our part and be diligent.
Somehow, I think you already know all this and can be teaching me about it!
peace and metta,
mark