List the books on Buddhism you find most beneficial

Which books would comprise a well-rounded personal library on Buddhism and the Dhamma? Which book or books do you most often go to for reference?

Outside of suttas I think it is impossible to have best resource for everything, if you want to delve into interpretations you need to compare various stuff on interesting you subjects and seek what resonates with you. There will always be people preffering approaches of different various teachers.

Because of that, I think Bhikkhu Sujato & Bhikkhu Brahmali - Authenticity of Early Buddhist Texts is great book, because it points you straight to the suttas and tell you which are authenthic.
authenticity.pdf (1.4 MB)

Also, very importaint book for me was…

…Because it dispells all most importaint conflicts around various interpretations and shows imo most correct interpretation of the suttas. It is also full of amazing quotes from the suttas. You won’t get lost on the path with this book as a guide. Thank you Ajahn @sujato for writing it, Sadhu Sadhu Sadhu!

I wouldn’t call the above books necessarily reference books, but you may refer to them!

The most important true reference book I know of is the Dictionary of Pali Proper Names. It’s not actually a dictionary; it’s much more of an encyclopedia. It has an entry for every person, place and sutta in the Pali canon and commentaries. It then gives you citations where you can find that. It will also include lots of basic information you can only find in (often untranslated) commentaries.

There are several online versions of this book, so unless you don’t have an internet connection, there is probably no need to own the physical book. But if you did have the physical book and I walked into your library, I would be impressed.

I prefer physical books so that I can make notations, know where to look for passages and not have to use a screen. I have most of Analayo’s books, some Bhikkhu Bodhi, BDK, other books that I’ve poured over and marked up. I reach for them when I know where I can find what I need.

I’ve seen many references to Choong mun-keat but know nothing about his work. I’ve heard Early Buddhist Theory of Knowledge by K.N.Jayatilleke is interesting and I ordered it once, but the seller eventually said they didn’t have it after all and I haven’t looked for it again.

Thank you for links! Do you know if a Swift Pair of messengers and Bhante Sujato’s writings on the Suttas are available in ebook format anywhere?

ETA: I found that Lulu.com has free epubs of Bhante’s books

Re A swift pair of messengers, you can order a physical book here

And the e-book is available here 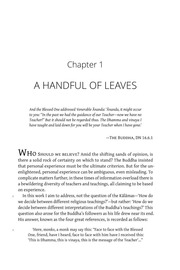 Serenity and insight are the two great wings of Buddhist meditation. They each have a special role to play in the path to Awakening. While some modern...

Exactly, I’ve found Bhante Sujato books first of all on publisher site, Santipada, for example History of Mindfulness is there:

As to Swift Pair of Messengers, the link is inactive right now but surely was active in the past. Anyway I’ve found it probably on the site Viveka has linked (I won’t link again to avoid double post).

You can download from there in many formats, PDF included, which I’ve attached in my post above.

So just type “Sujato” + title of the book in google and you will find it.

In the past I was making collection of a lot of dhamma books and I have them on hard drive right now, but I’ve found them all simply using google. They’re creative commons and dhamma dana so you can download them for personal use with clear conscience.

Here is my personal library: 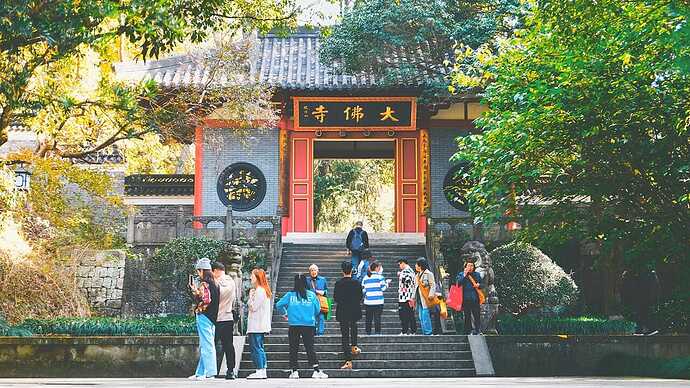 A website dedicated to providing free, online courses and bibliographies in Buddhist Studies.

Which book or books do you most often go to for reference?

For reference and refection, these days I use Suttas (from DN and a few from other collections) and Vinaya Mahākhandhaka Vagga. Also a Sri Lankan chanting classic “Safeguard Recitals - a book of protection chants”.

Many years ago writings by Venerable Narada (Buddhism in a Nutshell), Venerable Piyadassi (The Buddha, His Life and Teachings) and Bhikkhu Bodhi (e.g. The Living Message of the Dhammapada) inspired me to take up Buddhism. So if anyone asks me for introductory books, I recommend those.

Ajhan Chah’s “Still Forest Pool” and Ajahn Brahm’s “Opening the Door of your Heart” I found refreshing to read and inspiring to practice meditation. Thich Nhat Hanh’s verses and book True Love : Practice for Awakening the Heart, helped me several years ago when I felt depressed.

I find that Peter Harvey’s "An Introduction to Buddhism " has served me better than any other book for its clear and detailed outline of dependent co-arising, the major Mahayana schools, and the levels of jhana. Other books may surpass this in depth and detail, but if there is any book that serves better as a general orientation in the history and metaphysics of Buddhism, I would be glad to hear of it. (I know the word metaphysics is a bit off, but does anyone really want to hear psycho-ontology?)

Peter Harvey’s "An Introduction to Buddhism "

Is indeed excellent. It’s in my top four books on Buddhism as a whole next to The Miracle of Mindfulness

Currently I’m reading “An Investigation into Emptiness” by Yin Shun, which I’m rather enjoying.

This might not be a book of reference, but it’s one of my recent found favorites - from Ven. Yuttadhammo

Pure Gold for the end of the Path. It is heavy, advanced reading but when the time is right, every moment invested in reading it will pay off a thousand times

Bhikkhu Anālayo did a 3 year series of seminars on it. Below are all the links

Which books would comprise a well-rounded personal library on Buddhism and the Dhamma? Which book or books do you most often go to for reference?

This will necessarily be a partial list. After the Tipitaka there are about a dozen books that have been priceless. They tend to be by the same authors/ translators because the translations use the same words for key terms. This helped to decipher some of the teachings until I could understand the importance of the nuances that led to specific translation choices. V Bhikkhu Bodhi set me on this journey with The Noble Eightfold Path and his translations are foundational, V Bhikkhu Katukarunde Ñanananda- Concept and Reality , The Nibbana Sermons and Magic of the Mind. and V Bhikkhu Ānalayo (his latest Deepening Insight, Compassion and Emptiness and a couple of his earlier EBT contributions. There are many others I read or would like to read but for now I am with one book only: the Manual of Insight by V V Mahāsi Sayadaw.

The only books that I have felt were worth re-reading, so far, are 1) Bhikkhu Bodhi’s “The Noble Eightfold Path”, it has a bit of Vissudhimagga in it, but oh well, and 2) Ajahn Sona’s “Bloom”, which was the book that told me that it was ok to let go of a lot of the things that friends and family and society were telling me were important, and to instead put my free time into sutta study and meditation practice. Bloom was the attitude adjustment that I needed, like a wise old friend nudging me in the right direction.

I agree, Authenticity is a great read. I have to admit I struggled reading it at first as it is very well referenced and sometimes the references can disrupt the flow of reading IMHO. But well-worth it once you get over that. Very insightful indeed.

Thank you @Invo for the link to Bhikkhu Nanananda’s Deliverance of The Heart. It’s now too my favorite book on metta. I’ve always had some reservation matching how metta appears in the suttas with the traditional metta model and using the latter I could never really get the benefit I thought I should. I love how the first thing Ven. Nanananda does in his introduction is unpack the Buddha’s way and why it works the way it does. I recall Ven. Analayo doing the same thing, but Ven. Nanananda’s presentation is quite elegant. I find it much more sensible, practical and beneficial. Truly an exciting book! Thank you again!