All venerable masters and scholars.
I want to ask is there really rebirth…
I am from India. Born hindu but after reading Buddhist litrature i have accept Buddhism.
Also I have did my Master’s in biology.
And now everyday i question…

C)some people born good some bad …may be it’s just evolution…in evolutionary timeline human’s evolved vary late …then before evolution of human no consciousness can born in human form so at that time only god ,animal and narka birth can happen? Is it possible…

In my opinion you asked a great question. Many skeptics probably have similar doubts. The case is questionable. However, one thing can be accepted as a possibility. Every creature has life energy. Maybe this vital energy has a frequency associated with the shopenhauerian will to live. And it does not dissolve in the air. He goes on to sow life.

Rather than looking at one example of cause and effect (rebirth), more immediate is the question of whether thoughts have repercussions here and now. This can and should be proven through personal investigation, and is the basic requirement for becoming a Buddhist.

"he Blessed One said, “Monks, before my self-awakening, when I was still just an unawakened Bodhisatta…”

Thanks for reply sir

Thank u for reply sir

Hello Mrunal. Your question seems asked often. About Buddhism, for me, the important/core matter about ‘rebirth’ is it is a moral principle. It is about the future consequences of your present actions (kamma). Regards 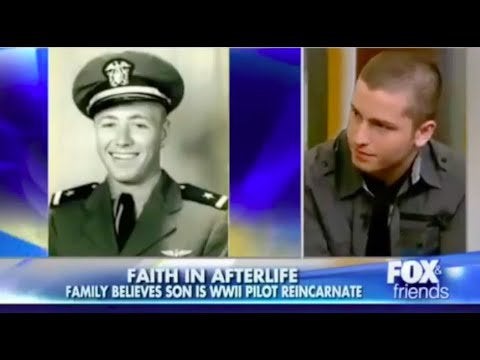 r/Buddhism - Buddhists should repost Rebirth evidences more often and as a...

Can read the cases one by one until you get convinced. Beware of the materialism philosophy hindering any acceptance or unbiased view of the rebirth evidences.

Here is a a compilation of the 2,500 cases of children remembering last lives, studied by American professors Dr. Ian Stephenson and Jim Tucker. 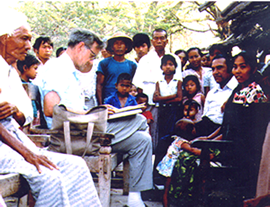 Over the last 50 years of active research, the UVA DOPS faculty have collected 2500 cases, most of which have been found outside of the United states. Members of the research staff at the Division of Perceptual Studies have published numerous...

I also have a science background and find total compatibility between physical evolution, principles of biology, etc (which the Buddha discussed as causes and conditions outside of kamma, just the simple rules of nature) and the laws of kamma, which are working on a more subtle energetic level.

As someone else said in this thread, kamma can be observed in one’s own life. Further exploration of kamma transmitting across lives can also be studied for oneself in deep meditation or even working with something like past life regression. Keeping your mind open (not blind faith) is key.

yeah but the same argument can be used to show that it is more likely that biology doesn’t in fact exist and you are just a pile of particles in space hallucinating your present situation and past history: 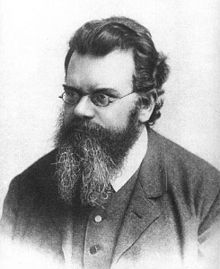 That’s science for you, always two steps ahead.

It’s a question that can’t really be answered with proof at this time. May never be.

Apparently if you meditate in the right way you can see ‘proof’ for yourself.

I don’t think they are. This would tend to add to their credibility, but is still far from proof.

what of the proof for something like the Higgs boson? I can’t understand the technical data, I have to rely on the appeal to authority that all the phds in physics have trained long enough and are qualified in saying that their statements are correct, in the same way I rely on the authority of the monks that they’ve trained long enough, to a point where they can make correct statements about rebirth.

Peace to you Mrunal

The Khandies had already appeared once. I was born. Why should I assume that only the first and last time I have components. That would be a very optimistic assumption. From my experience since I can use my mind. I remember having khandas. This is my empirical experience. I know no empirical experience other than this curse.

Perhaps this may be of some value?

"It is only too obvious that such moral equilibrium cannot be found within the limits of a single life. We can observe, often poignantly, that morally unscrupulous people might enjoy happiness, esteem, and success, while people who lead lives of the highest integrity are bowed down beneath pain and misery. "

However, when you think about it, these are world conditions that do not affect suffering defined by the Buddha as clinging to Khandas.

So it is safe to assume that one who is reborn in material negative conditions may very well have a samdhi-minded mind and just meditate with little suffering, and that someone born in good material conditions may be very attached to the conditions ( clinging to Khandas, so Dhukka.)

… and from a book review … Ian Stevenson’s “Twenty Cases Suggestive of Reincarnation”: An Historical Review and Assessment (Journal of Scientific Exploration: 2011)

As of 1990, Stevenson’s research had received little attention from academia (see Matlock, 1990b). Since that date, it has been addressed by several philosophers, who have raised the level of discourse on the subject considerably. Angel (1994b) limits himself to the case of Imad Elawar, but Almeder (1992), Becker (1993), Paterson (1995), Edwards (1996), Grifﬁn (1997), Braude (2003), Grosso (2004), and Lund (2009) treat Stevenson’s work generally. Edwards, a humanist, ridicules much of the data. Almeder, as already noted, is convinced. The others fall somewhere in between. Most contrast reincarnation with super-psi and psycho-cultural explanations. Grifﬁn, Becker, Lund, Paterson, and Grosso lean toward reincarnation, but Braude favors super-psi.

Stevenson had high hopes for, his massive two-volume examination of birthmarks and birth defects (1997a, 1997b). This “medical monograph” includes detailed reports of 225 cases, together with supporting photographs and citations from autopsy reports, and he was very disheartened when it was met with silence. Edelstein (2008) suggests that this non-reaction was due in part to Stevenson having done little to show how reincarnation could be integrated with biology. His psychophore concept was not well-enough articulated to serve the purpose. I agree with this, but I think there may be other large obstacles also. One is Stevenson’s steadfastly parapsychological presentation. He was very much a psychical researcher of the old school and was not good at communicating with scientists of other disciplines, despite his many publications in mainstream journals. Another part of the problem may lie with the word reincarnation.

Do the cases Stevenson studied suggest or support reincarnation? Not if we deﬁne it in the Indic sense, as involving karma. If we want to say that these cases suggest reincarnation, we must be clear that we mean Animistic reincarnation, and we would do well to point out that the evidence we have suggests that it occurs most often in the same community or region and that there typically are very few years between lives.

There is no hint in the spontaneous cases of past lives centuries before in distant foreign lands, as was commonly envisaged before 1960. Nor is there much evidence of past lives spent as animals, as is allowed under Hinduism and Buddhism (and in some societies with animistic beliefs). In other words, we must distinguish an empirically based, scientiﬁc understanding of reincarnation from a religious or occult one. We may also want to follow McTaggart’s lead and come up with a new name for the process.

Stevenson’s most important legacy arguably lies in making reincarnation a problem for science, not merely religion and philosophy, but we must now take the next steps. It is good to show that reincarnation is logically coherent and that it makes better sense of the data than other theories do, but until we can demonstrate its relation to established concepts in biology and psychology, we will not have advanced much beyond where we were in 1960, as far as the majority of scientists are concerned.

There are suttas, albeit not many, used to support the above deterministic views:

There’s no principled or moral conduct, and no doing what is good and skillful. There they just prey on each other, preying on the weak.

And suppose that fool, after a very long time, returned (āgacchati) to the human realm. They’d be reborn (paccājāyati) in a low class family—a family of outcastes, hunters, bamboo-workers, chariot-makers, or waste-collectors. Such families are poor, with little to eat or drink, where life is tough, and food and shelter are hard to find. And they’d be ugly, unsightly, deformed, chronically ill—one-eyed, crippled, lame, or half-paralyzed. They don’t get to have food, drink, clothes, and vehicles; garlands, perfumes, and makeup; or bed, house, and lighting. And they do bad things by way of body, speech, and mind. When their body breaks up, after death, they’re reborn (upapajjati) in a place of loss, a bad place, the underworld, hell.

Take some woman or man who doesn’t give to ascetics or brahmins such things as food, drink, clothing, vehicles; garlands, perfumes, and makeup; and bed, house, and lighting. Because of undertaking such deeds, after death they’re reborn (upapajjati) in a place of loss … or if they return (āgacchati) to the human realm, they’re reborn (paccājāyati) poor …

These pieces of text do not contain information about this. We need something else to confirm this way of thinking. Even the mention that bad actions were the cause of bad material condition. But here it is about how bad actions lead to bad mental conditions. At least for me, hell is state of mind(full of passion and aversion), not material places where there is physical illness, poverty and ugliness.

At least for me, hell is state of mind(full of passion and aversion), not material places where there is physical illness, poverty and ugliness.

There seem to be some suttas that may possibly support the above idea, such as SN 35.135 or even AN 6.39. You can read these suttas and decide for yourself what they may mean.

Thank you. A very interesting sutta.

hell is state of mind(full of passion and aversion), not material places where there is physical illness, poverty and ugliness.

While an “external” reality is not denied in the Buddha’s teachings, the world that can be directly known, accessed, and practiced in terms of Dhamma are via the khandhas and senses. How that world appears and is experienced physically (including “material places”), and mentally, is via kammic formations, “painted," created, by our intentions.

I believe in rebirth, but I don’t think it can be proved to exist. Most evidence that you’re gonna find is past lives memories, but that’s highly controversial. One basic problem is that there can only be data in favor of rebirth, i.e. rebirth is not falsifiable. How many cases do you need to prove that rebirth is false? Zero? One? Two? One thousand? What would be regarded as so few cases to the point that rebirth would be regarded as implausible? That’s why I prefer to ground my faith in other things instead.

True, but the fact that you remember past lives don’t imply that you can remember anything. It may just be that we don’t generate strong memories while we’re in the womb.

I used to believe in this very strongly, but I realized that beliefs also shape what we are capable of doing. If you firmly believe that your arm can’t move, you won’t even try to move it, and, if you try to do so, it’s possible that you in fact feel like you can’t. I think that the element of faith is necessary to strive for and actually attain psychic abilities.